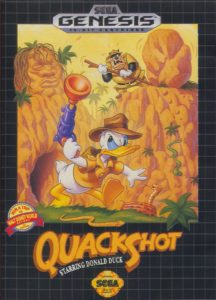 QuackShot starring Donald Duck is a platforming adventure video game developed by Sega Consumer Development division and published by Sega for the Mega Drive and Genesis consoles. The game features Donald Duck and his nephews Huey, Dewey and Louie in an Indiana Jones inspired treasure hunt.

Donald Duck finds a treasure map in one of Uncle Scrooge’s books in his library. The treasure map contains a long-lost message from King Garuzia, an ancient ruler of the Great Duck kingdom. King Garuzia has hidden his most prized possession somewhere on earth and left a map that leads to its whereabouts.

Pete learns about Donald’s plans to search for the treasure and pursues Donald throughout the game hoping to steal the treasure. Teamed with his nephews Huey, Dewey and Louie, Donald begins his search in Duckburg with the trail being directed to an Aztec pyramid in Mexico. Using the partial treasure map, Donald travels to various places around the world seeking clues to find the treasure.

QuackShot was part of a series of games published by Sega that were based on Walt Disney cartoon characters. The game received positive reviews upon release and was praised for its graphics. The success of QuackShot helped Sega extend their license agreement with Disney and allowed Sega to develop more Disney based games for the Sega Genesis system.

Splash Wave - The Making of Castle of Illusion, Quackshot and World of Illusion

Splash Wave is a YouTube channel focused on documenting the 16-bit era of video games from a creative, business and technical perspective.  The videos are researched, written, edited, and created by Strafefox (Jeroen Bekker). 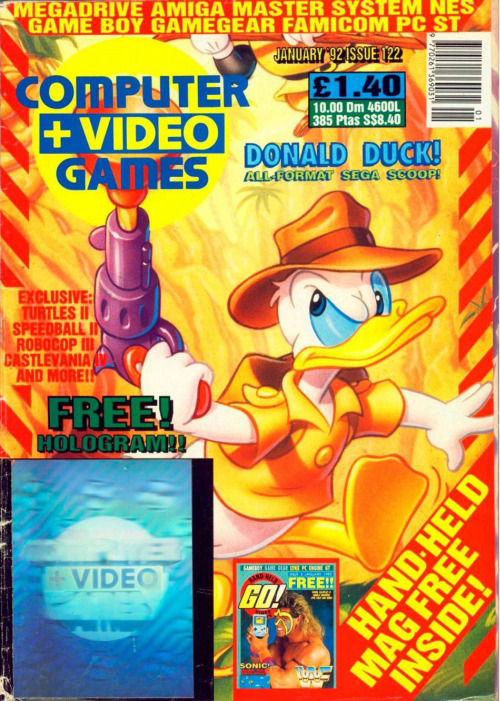 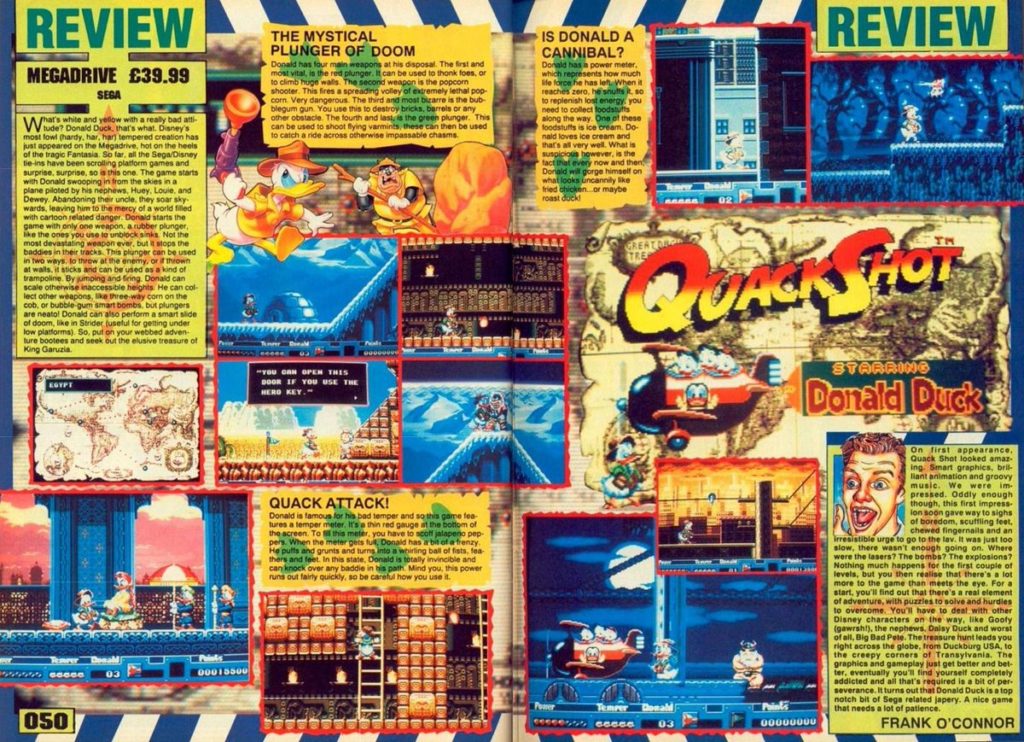