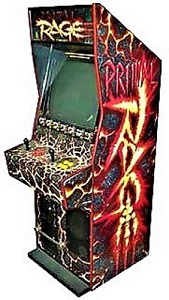 Primal Rage is a fighting game that was developed by Atari Games and published by Time Warner Interactive for arcades.  Released in 1994, the one-on-one fighting game impressed gamers with its graphical style.  The game featured a unique visual style that was created by using hand-crafted 3D clay figures and stop motion animation.

During the beginning of the game’s development, Leong created a series of production sketches of the fighters.  Using the drawings created by Leong as a basis, model maker Dan Platt sculpted model figures of the fighters.  Using the models created by Platt flexible metal armatures were created and placed inside a plaster reproduction of the clay sculpture then injected with latex and baked in an oven to create a flexible rubber model.  Once the rubber model is removed from the mold it is painted by an airbrush artist and is then ready for use in stop motion photography. 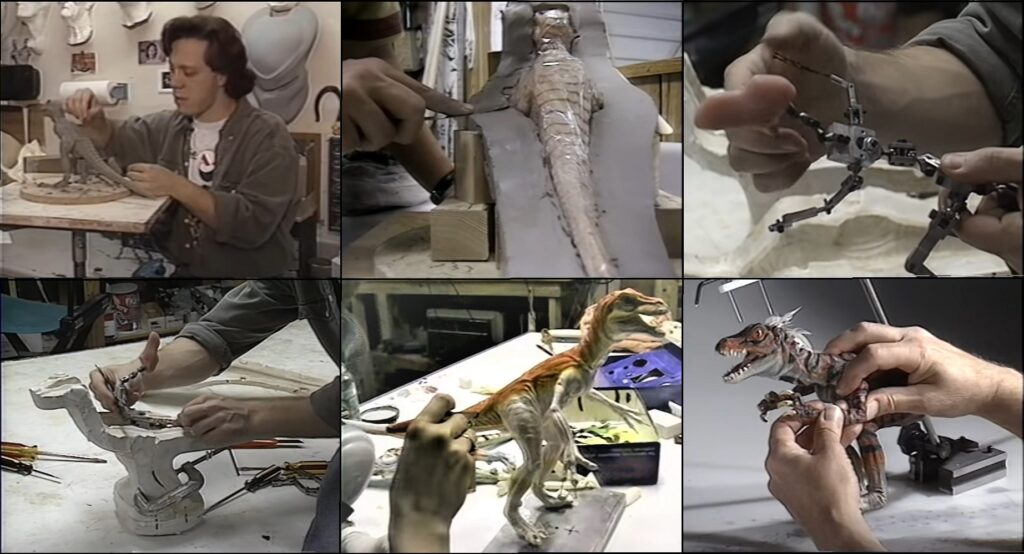 Set in an apocalyptic world after a meteor has struck the Earth, seven gods from ancient times awoke, and are now attempting to take control of the post-apocalyptic world.  Players control one of the seven large beasts and battle each other to determine the planet’s fate.  Human civilization was immensely affected by the meteor strike and humanity regressed over time back to the Stone Age.  The planet is now referred to as “Urth” by the survivors of the catastrophe. 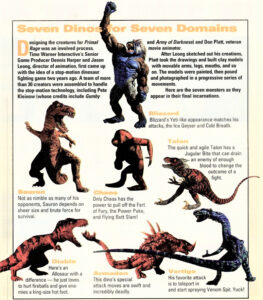 While fighting, human tribes will wander nearby and worship their gods during battle.  During battle the creatures can toss the tribesmen around or devour them to regain strength.   Eating the opponents’ worshippers will result in a bonus, increasing the players score while eating your worshippers will penalize the player.

Primal Rage was a major commercial success spawning the creation of a line of action figures, comics, a novel and other merchandise tie-ins.  The commercial success of the arcade game caused Atari Games to achieve more profit from the game’s related merchandise then the game itself.  The game was ported to many 16-bit and 32-bit home consoles and was promoted by Time Warner Interactive by hosting a “National Primal Rage Video Game Tournament” at Six Flags in October 1995.  Despite the success of the game a sequel was never release, however development of a sequel was in the works but was ultimately cancelled to focus on other projects.

Behind the scenes of Primal Rage 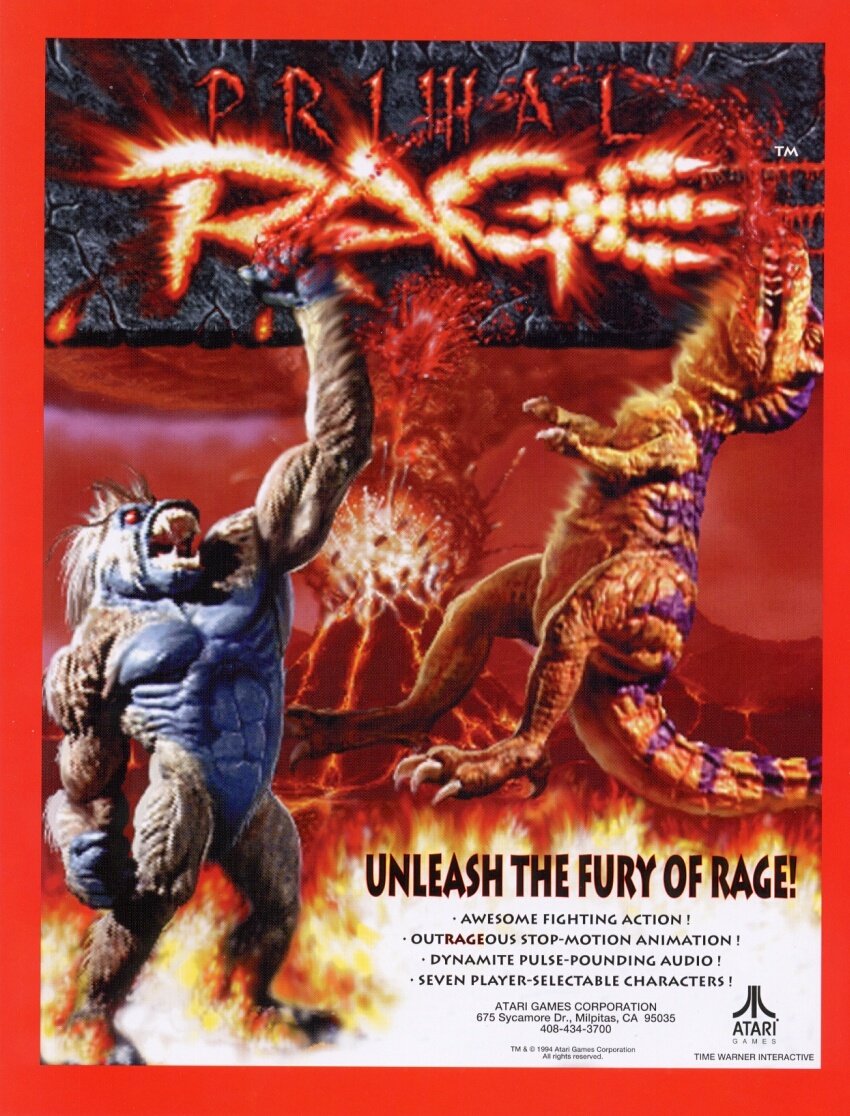