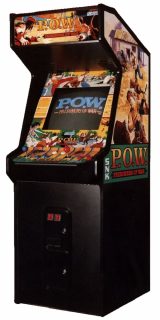 P.O.W. Prisoners of War is a side-scrolling beat ‘em up video game developed and published by SNK.   Released in 1988, the game was initially developed for the arcade and was ported to the Nintendo Entertainment System the following year.

The game starts as the captain begins to execute his plan of attack by escaping the prison cell.   Gameplay begins as players takes control of the captain and starts fighting their way through the enemy’s camp.  The game consists of four stages, a POW camp, a warehouse, a jungle and the enemy’s base.  The arcade game features a multiplayer mode allowing a second player to escape from the military prison along with the captain of the Special Forces and to fight along his side to stop the enemy forces.

The port’s graphics were drastically scaled back to allow the game to run on the Nintendo Entertainment System.  Although the Nintendo Entertainment System version of the game had numerous alterations and some features removed that were included in the original Arcade game, the port also made additions to the game that were not found in the Arcade game.  These additions include huts and rooms where players can obtain power-ups by defeating the enemies inside and new enemy characters, as well as a new final boss.

Both the Arcade and Nintendo Entertainment System versions of the game were generally well received upon release.  The game performed quite well for SNK and has been included in the SNK 40th Anniversary collection that was released in 2019.

An overview of P.O.W. by NES Friend

NES Friend is a YouTube channel that provides overviews and reviews of Nintendo Entertainment System games. 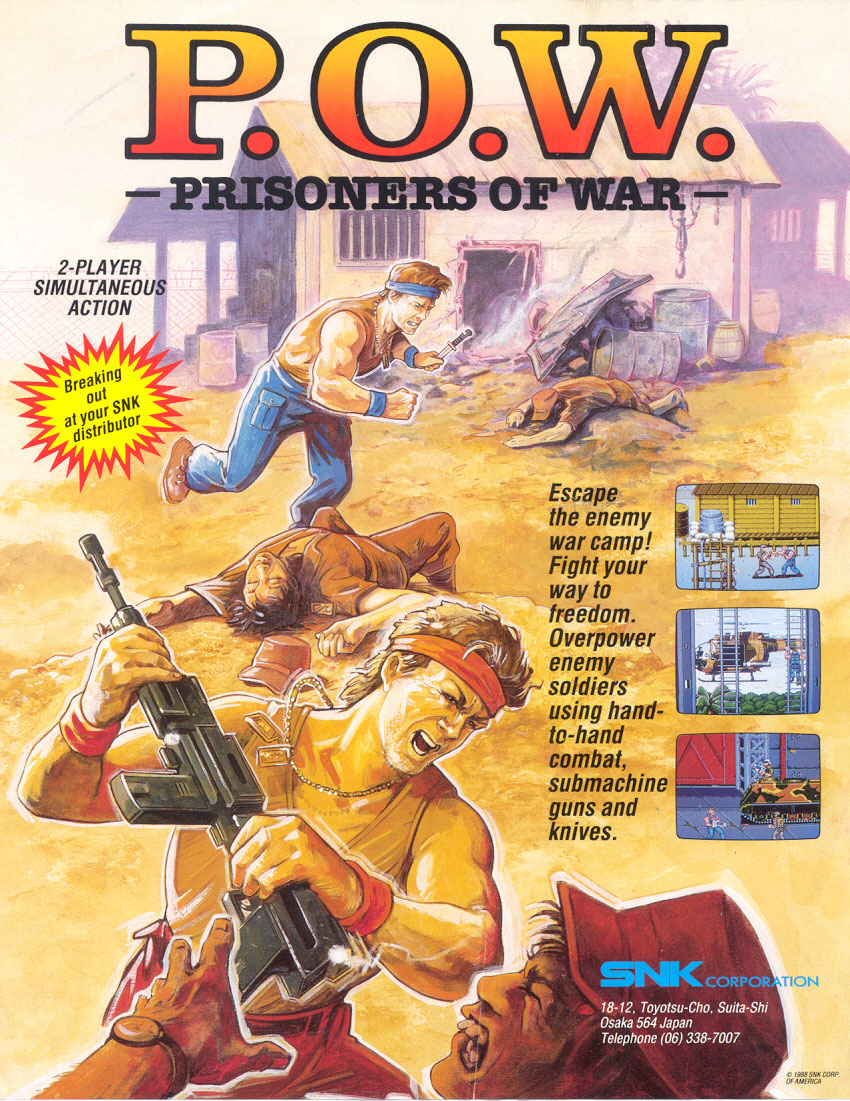 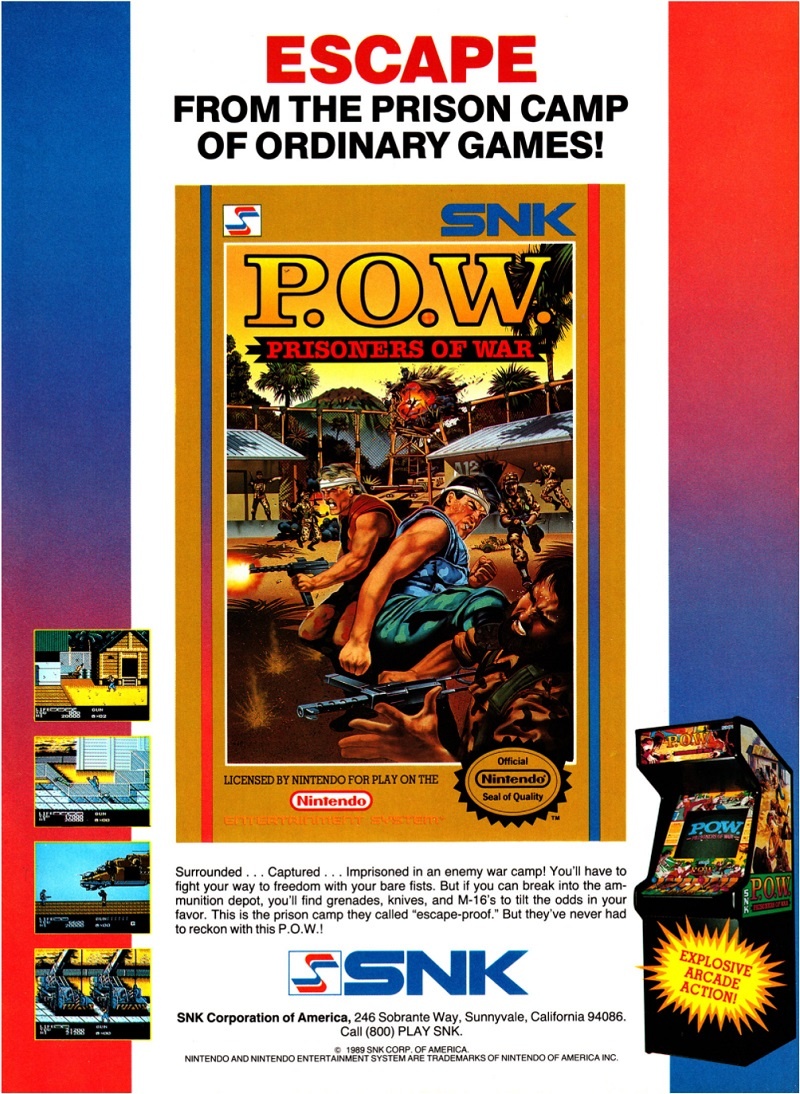