Plaque Attack is a shooter video game developed and published by Activision for the Atari 2600.   Designed by Steve Cartwright the game is a unique take on the shooter genre that was made popular by Space Invaders.

Released in 1983 the game was meant to help promote good dental habits.  The game is set inside a person’s mouth with the objective to protect teeth from being attacked from junk food.  Players control a tube of toothpaste and must shoot food to protect the teeth from tooth decay.  If the food makes contact with a tooth it would turn yellow and start to decompose.  Players must blast the junk food with toothpaste before it makes contact with any of the teeth.

The game features eight different foods that will attack in waves which are worth various points.   The junk food consists of hamburgers, hotdogs, french fries, strawberries, cherries, donuts, candy canes and ice cream cones.  The game had a scoring system that awarded points based on hits, remaining time and remaining teeth at the end of each wave. 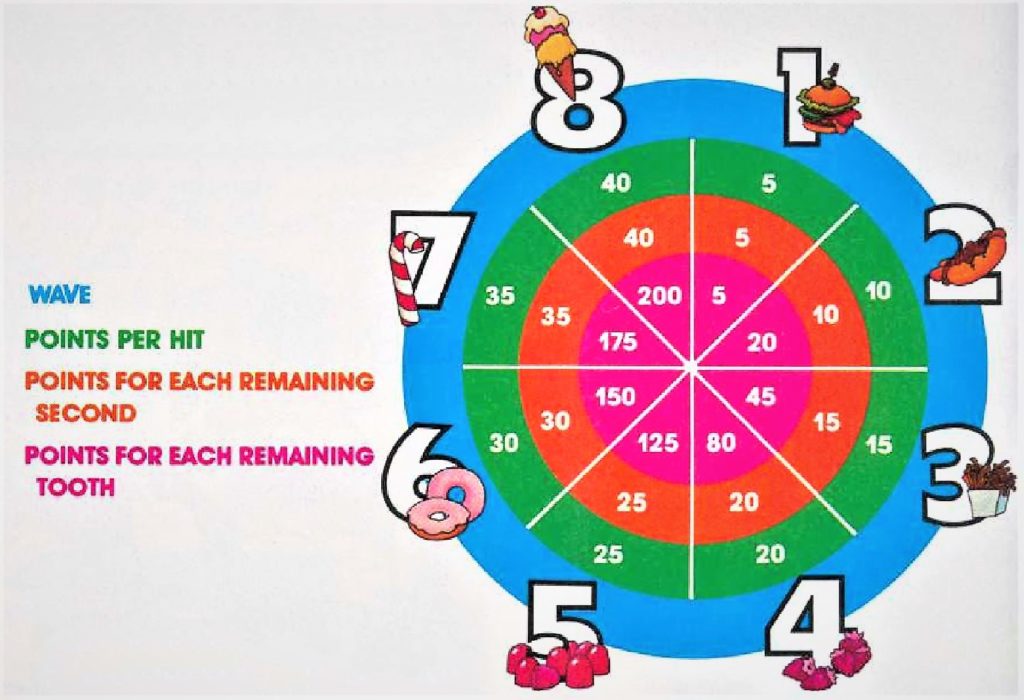 Players begin with eight teeth to protect and after every 2,000 points scored players would earn bonus teeth.  Bonus teeth are automatically placed in the mouth at the beginning of each new wave. If all eight teeth were still present, the additional teeth will be placed on the sides of the mouth, otherwise the teeth will replace any that were lost in battle.  The game ends when all the teeth are overtaken by the junk food and none remain.

If players were able to obtain a score of 35,000 or more, they could send a screenshot of their accomplishment to Activision to receive a “No Plaque Pack” patch and congratulatory letter from Activision.  The game was warmly received as a novel take on the shooter genre. 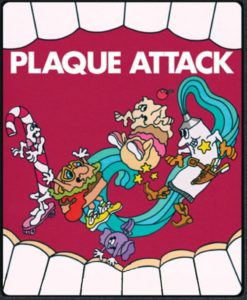 BeatEmUps is a YouTube channel that focuses on video game news, previews, overviews and reviews.  The channel covers all platforms but primarily covers Nintendo related topics. 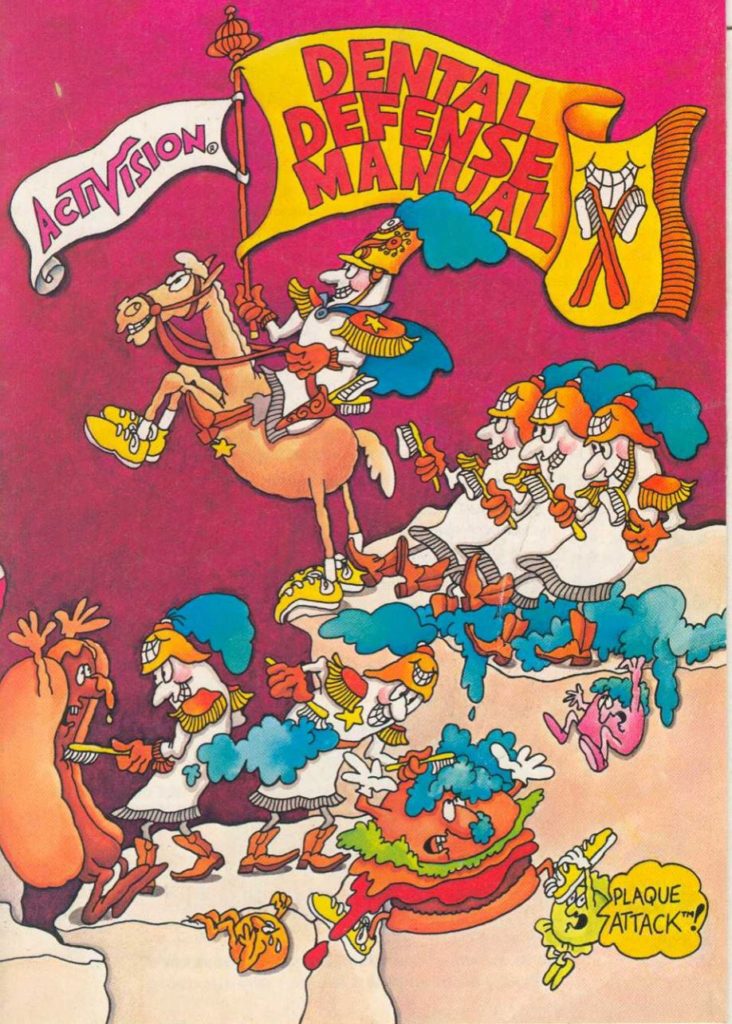