Pitfall! is a platforming video game developed and published by Activision.  The game was designed and programmed by ex-Atari programmer David Crane for the Atari 2600.  Players take control of Pitfall Harry in his quest to collect 32 treasures through the jungle in a 20-minute time limit while avoiding obstacles and hazards.  Released in September 1982, PitFall! is one of the first platform video games and helped define the side-scrolling platformer genre.

David Crane developed the technology to display a realistic running man on the Atari 2600 in 1979 while working for Atari. Crane along with three other top programmers at Atari became disgruntled with the company for not crediting game developers or compensating them for games that sold well.   Many of Atari’s programmers decided to leave Atari to form their own independent software companies.  Four of Atari’s top programmers David Crane, Larry Kaplan, Alan Miller and Bob Whitehead left Atari in late 1979 to form their own software company. On October 1st, 1979 Activision was founded by Jim Levy, Richard Muchmore and the four ex-Atari programmers.

Activision started to develop and release games on the Atari 2600 in 1980 becoming the first third party video game developer.   As Activision started to expand their game library for Atari, Crane revisited the idea of developing a game using the running man concept he had in 1979.   In 1982 he began searching for a suitable game in which to apply the gameplay mechanic to, starting the process by drawing a stick figure on a blank piece of paper.  Needing a surface for the character to run on he drew two parallel lines giving him a path to follow.  The next requirement was the scenery, where was the character running, Crane drew a few trees and decided that the game would take place in the Jungle.  Last but not least was the why, why was the character running, what was his objective.  Inspired by the 1981 Indiana Jones film Raiders of the Lost Ark he decided that the character’s objective was to collect treasure while avoiding enemies and obstacles.

With the completion of the drawing the concept for Pitfall! was born.  The entire process to flush out the vision for the game took about 10 minutes while the programming took approximately 1,000 hours to complete the game.  The game was massively successful when it released and became the best-selling home video game of 1982 and first quarter of 1983.  It is one of the best-selling games on the Atari 2600, with over four million copies sold.

The game is considered one of the most influential games on the Atari 2600 and is generally viewed as having created the side-scrolling platforming genre even though the game did not technically scroll and instead loaded new screens as the character reaches the edge of the screen.  The popularity of Pitfall! resulted in an animated adaptation of the game which was included as a segment on CBS’ Saturday Supercade cartoon series.

Ports of the game were made for the Intellivsion, ColecoVision, Commodore 64, Atari 5200 among other popular systems of the time.  Due to the sheer success of the game Activision decided to develop a sequel making Pitfall Activision’s first video game franchise.

The history of Pitfall! 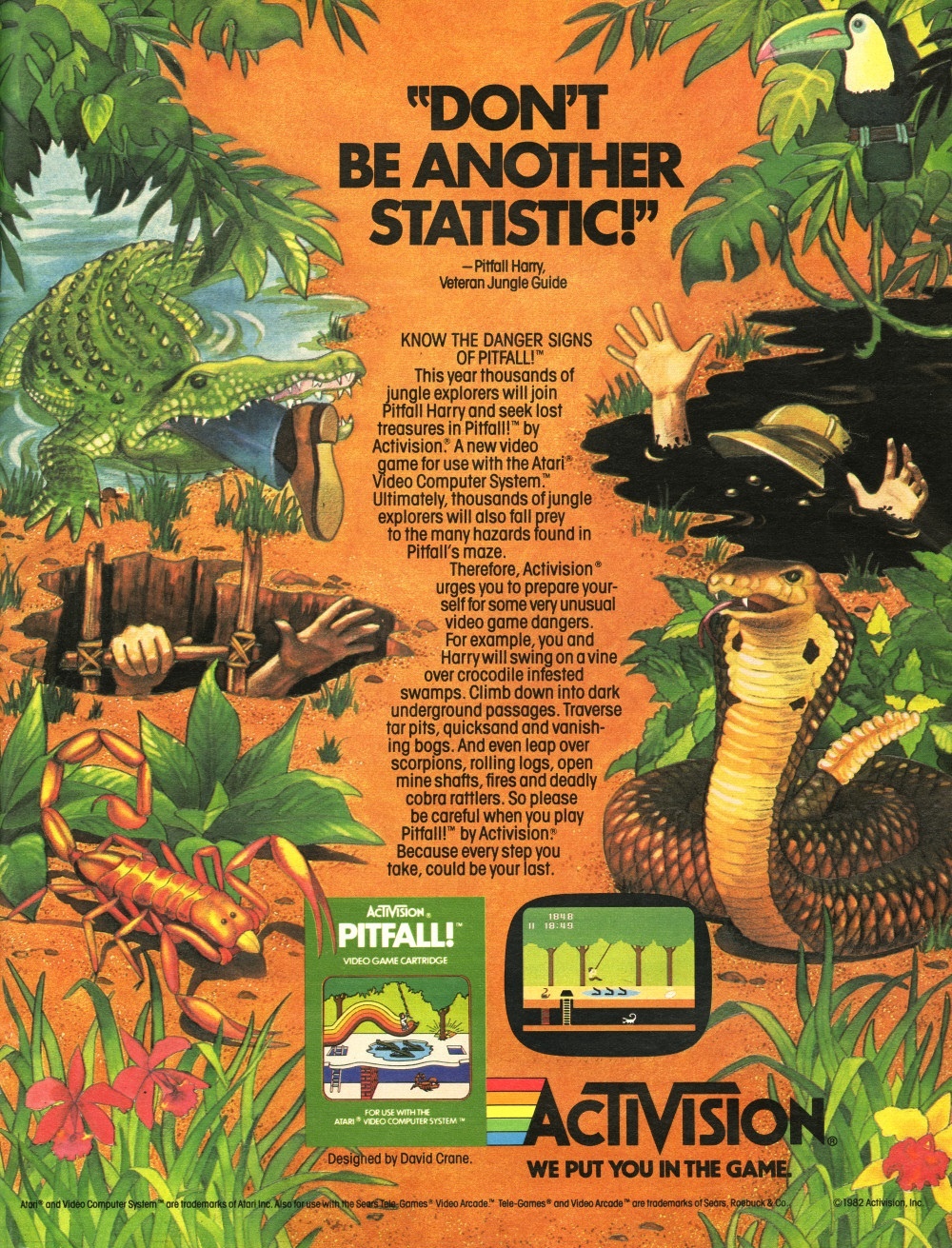