Phantasmagoria is a point and click adventure game developed and published by Sierra On-Line for the PC that was released in 1995.  The horror themed computer game was designed by Roberta Williams, cofounder of Sierra and creator of the King’s Quest series.

A horror themed game was radically different from any of the other games created by Roberta Williams and for that matter Sierra On-Line.  Williams is one of the most influential video game designers of the 1980s & 1990s and has been credited with creating the graphic adventure genre.   She became best known for designing the King’s Quest fantasy adventure series and did not want to become typecasted to one genre.   She had ambitions to create a game with a lot of substance and deep emotions, something that was never done before.

Williams was a fan of horror movies and wanted to create a horror video game for eight years prior to the development of Phantasmagoria however after creating a few preliminary designs she felt that computer hardware and software technology did not reach the point where it could produce an effective and frightening horror game.  After placing her vision for a horror game on hold several times she began to revisit the idea in 1992 after CD-ROM technology became faster and could better handle full-motion video.  Williams believed that using actors to create a live action game was crucial for a suspenseful horror game.

During the development of King’s Quest VII: The Princeless Bridge, Williams started the development of a new game which would become Sierra’s most ambitious project to date. Phantasmagoria tells the story of Adrienne Delaney, a writer who moves into a remote mansion and finds herself terrorized by supernatural forces.  She begins to experience horrifying nightmares shortly after moving into the mansion and the house seems to have a severe effect on her husband, changing his behaviour for the worse.  Adrienne must discover the secret of the house before the unknown force consumes her husband.  The game was developed using full-motion video technology and features extreme violence and rape scenes.

Phantasmagoria was by far the largest project ever undertaken by Sierra. More than 200 people were involved in making Phantasmagoria, which was based on Williams’ 550-page script, about four times the length of an average Hollywood screenplay. It took more than two years to develop and four months to film. The scope of the game was much larger than any other video game created at the time and the final game required seven discs to contain all the content included in the game.

The game was originally budgeted for $800,000, but it ultimately cost $4.5 million to develop and was filmed in a $1.5 million studio that Sierra built specifically for the game. Phantasmagoria quickly became the best-selling game in the United States and was Sierra’s best-selling computer game to date. It grossed $12,000,000 and sold 300,000 units during its first week of release and became one of the best-selling games of 1995.

Even though the game was a financial success for Sierra, it did receive mixed reviews upon its release.   Critics praised the game for its graphics and suspenseful tone but criticized the game’s slow pacing and easy puzzles.  Along with the mixed reviews the game also drew a lot of controversy, particularly for the rape scene that was incorporated into the game.  Overall, the game was a commercial success and had a positive financial impact on Sierra On-Line, raising the company’s stock from $3.875 per share in July 1995 to $43.25 per share by September 8, 1995.  Sierra posted a profit of $3.26 million for the 3rd quarter of 1995, compared to a loss of $850,000 in 1994 thanks to the success of Phantasmagoria.

The success of the game led Sierra to create the sequel, Phantasmagoria: A Puzzle of Flesh in 1996 however Williams was not involved in the creation of the sequel.  Instead, Williams returned to work on the King’s Quest series while the story and design of the sequel was created by Lorelei Shannon, Williams’ design partner on King’s Quest VII.  As a result, the sequel featured a very different tone and completely different characters, with no direct connection to the storyline of the first game.

Behind the scenes look at Phantasmagoria 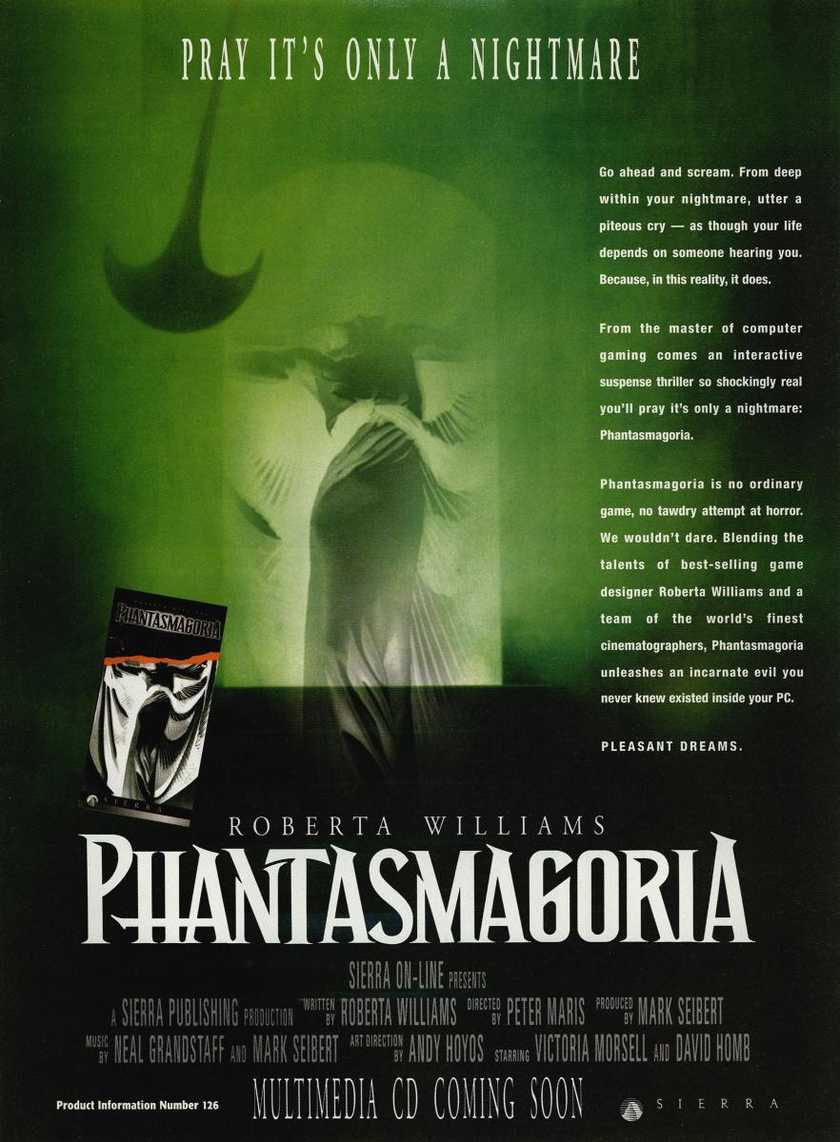 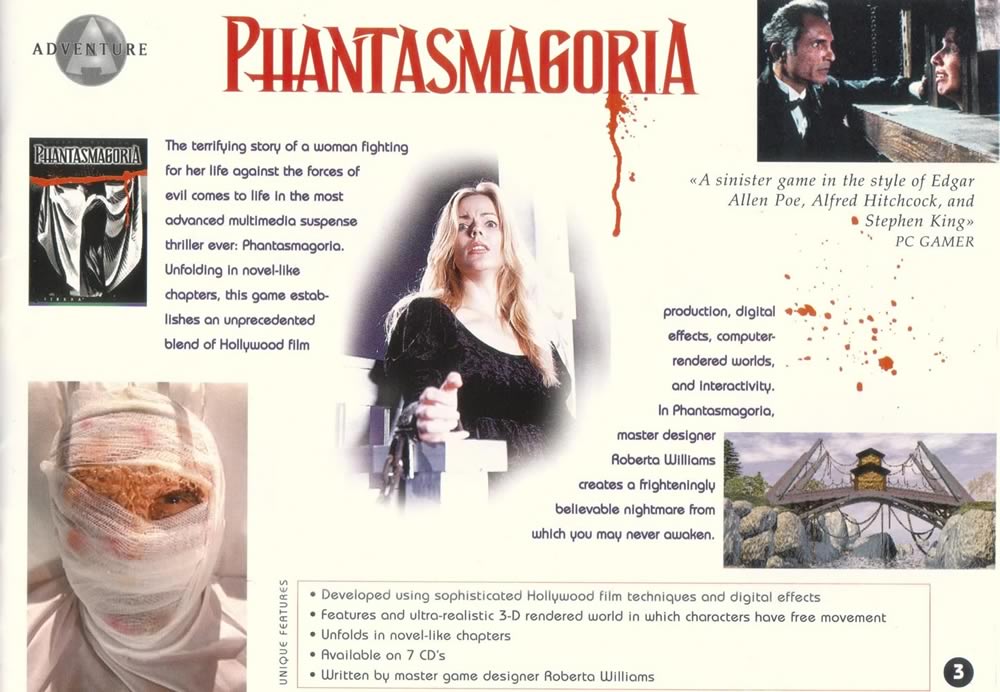