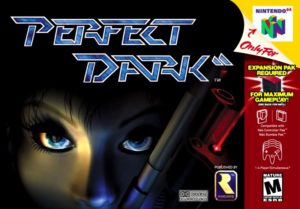 The game is the first installment in the Perfect Dark series which follows agent Joanna Dark as she attempts to stop an extraterrestrial conspiracy.  Set in the year 2023 in the midst of an interstellar war between two alien races, the Maians and the Skedar, Carrington Institute a secret espionage organization is working with the Maians to protect the world from terrorist, world powers and strange phenomena.  The speed in which the dataDyne corporation has established itself through the development of new technologies is starting to worry the Carrington Institute.   In exchange for creating an artificial intelligence capable of cracking an ancient alien spacecraft buried in the Pacific Ocean, the Skedar have agreed to supply dataDyne with enough alien technology to become the largest corporation on Earth.   Working for Carrington Institute, players take control of Joanna Dark who is sent to infiltrate dataDyne’s headquarters to stop an extraterrestrial conspiracy.

As a spiritual successor to GoldenEye 007, the game shares many of the same features that made GoldenEye 007 popular amongst gamers.  Running on an upgraded GoldenEye 007 engine the game features a single player story-based campaign mode, multiplayer co-op and multiplayer deathmatch.  When Rare was outbid for the James Bond licence by Electronic Arts it allowed the development team to experiment with fresh ideas that did not have to align with the James Bond franchise.   The development team enjoyed the Bond franchise but wanted to implement features that were not suitable for the Bond universe. 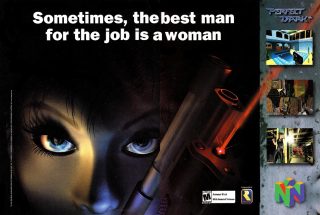 The development team was interested in creating a science fiction game set in the future, something that they could not have accomplished using the Bond license.   The characters, setting and plot were influenced by such works as the Ghost in the Shell manga, The X-Flies television series, Blade Runner and Judge Dredd.  GoldenEye 007 director Martin Hollis and David Doak began development by selecting a range of locations they felt were interesting and would make for an impressive backdrop for a science fiction-based game.  The setting of the game world came first, and the plot was then constructed by Doak to bring the world to life.  Although Perfect Dark would feature a new futuristic universe the core gameplay still revolved around a spy shooter like GoldenEye 007.   Influenced by Konami’s 1998 release of Metal Gear Solid for the PlayStation the development team decided to expand upon the games stealth mechanics by adding gadgets into the game such as the CamSpy ad the data uplink device.

The studio began upgrading the GoldenEye 007 engine at the beginning of production to implement new features and graphical enhancements such as real-time lighting into the game.  They continued to expand the engines capabilities to handle larger environments and more textures.   Only 30% of the original game engine remained when Rare finished reworking the engine.  The new engine served as a basic framework to construct levels and animate characters.  Additional improvements were worked into the engine such as a new movement system which allowed players to fall off edges, improved glass shattering effects, the inclusion of computer-controlled bots I multiplayer matches and the overall artificial intelligence was greatly improved.

It would appear that the development team was a little overambitious as the Nintendo 64 hardware struggled to run the improvements implemented into the game using the new engine.  As the development team continued to add features, the game ended up using all of the memory on their debug consoles and became too big to run on the Nintendo 64 console.  The Nintendo 64 shipped with 4MB of random-access memory (RAM) and since Rare was unable to optimise the game to run within the systems 4MB of RAM they decided to make use of the Nintendo 64 Expansion Pak, which increases the system’s total RAM capacity to 8MB.  Although the Expansion Pak is required to access the game’s single player campaign and most of the multiplayer features, a subset of deathmatch options were made available without the need for the Expansion Pak.  Rare programmed the game to allow for as many features as possible to be playable without the need of the Expansion Pak and the game released with only 35% of the game playable with the additional purchase of the Expansion Pak. 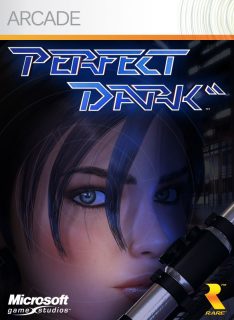 Upon release, Perfect Dark received critical acclaim from video game publications who praised the game for its graphics, artificial intelligence, and number of multiplayer options. Shortly after Perfect Dark was released, Rare planned to develop a “sister” title, called Velvet Dark, for either the Nintendo 64 or it’s successor, the GameCube, but the project was ultimately abandoned. The name “Velvet Dark” references Joanna Dark’s alleged sister, who is the character players assume the role of in the game’s co-operative mode.  After Rare was purchased by Microsoft in 2002, the company released a prequel entitled Perfect Dark Zero as a launch title for the Xbox 360 in 2005 while the original game received a remastered version for the Xbox 360 in 2010 which featured enhanced graphics and online multiplayer.

Trailer & The making of Perfect Dark 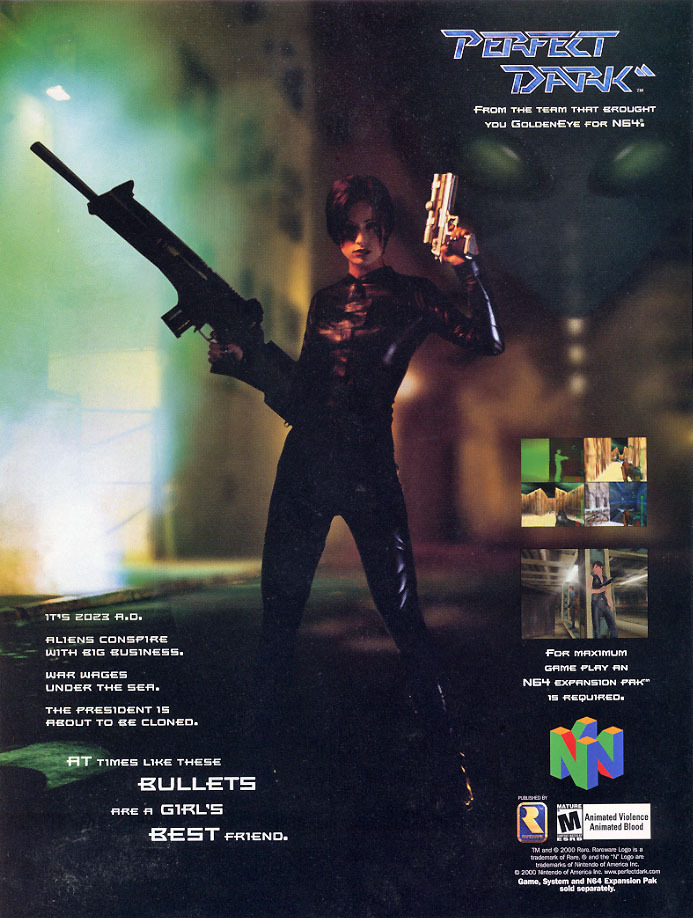