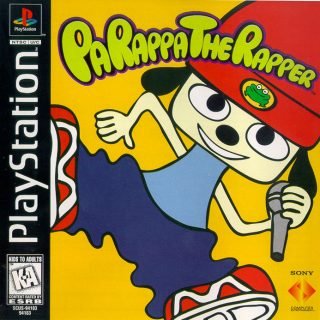 PaRappa The Rapper is a rhythm game developed by NanaOn-Sha and published by Sony Computer Entertainment for the PlayStation.   Created by music producer Masaya Matsuura, the rap-based gameplay was very unique and was unlike anything that has been previously released on any video game console.   The game is often considered the first true rhythm game.

Development of the game began in 1994 when Matsuura was looking to create a video game based on music.  Prior to his involvement in game development, he was a musician in the band PSY-S.  Matsuura disliked appearing in music videos which led him to work on interactive software as an alternative outlet.

The concept of the game was based around music sampling and Matsuura felt that the most interesting part of sampling was the artist voice.  He wanted to focus the game on a character’s voice and felt that rap would be the most fitting music genre for his vision.  Development off the game started before the release of the PlayStation, at a time when Sony Computer Entertainment was in the process of building their video game portfolio.  Sony was trying to establish themselves in the video game market by creating a broad range of games.

Sony was trying to produce as many games as possible in a short period of time to build a decent size library of games to be able to compete with other video game developers.  At the time Sony Computer Entertainment was broken into two divisions, one that worked on popular well-known genres and the other that handled more creative style concepts that were not already generally accepted by the video game industry.

Sony looking to grow their game library was in a position to take a risk to introduce a radically new game concept in order to attract consumers to their video game console.  A Sony Computer Entertainment producer suggested that Matsuura work with artist Rodney Greenblat to create a unique experience for their PlayStation video game console.

By the time Greenblat started to collaborate with Matsuura the underlying structure of the game was already formed.  Matsuura provided Greenblat with outlines which were to be used as a basis to create characters for the game.   Greenblat was able to incorporate several pre-existing characters that he created into the game, including PJ Berri and Katy Kat as both characters seemed to fit the vision Matsuura was looking to implement.  One of the first designs Greenblat created from scratch specifically for the game was that of the main character, PaRappa.

Matsuura had the idea to make the characters flat, similar to the art style found in the Paper Mario series.   All the characters within the game were created as two-dimensional paper cut outs while all surrounding items were created as three-dimensional objects.  This art style influenced the name of the game as the game’s title is a word play referring to the flat characters.  The term “PaRappa” is a variant of the Japanese word for “paper thin”.

All lyrics were written by Matsurra in Japanese and then translated by rapper Ryu Watabe while he was freestyling.  When the game reached near completion Sony Computer Entertainment found it challenging to find a way to promote the game.  PaRappa The Rapper was a new style of gameplay and there were no games to compare it with.  The marketing team struggled to identify what gameplay genre to market the game as many of the employees were unsure if the title even qualified as a game.

Despite the difficulties with finding a marketing approach for the game, PaRappa The Rapper became massively successful when it release in December 1996 in Japan.  The success of the game prompted Sony Computer Entertainment of America to localize the game for release in North America in 1997.  The game proved to be just as successful in North America as the game received high praise from critics for its music, story, animation, and gameplay upon release.

An overview on how to play PaRappa The Rapper & commercial 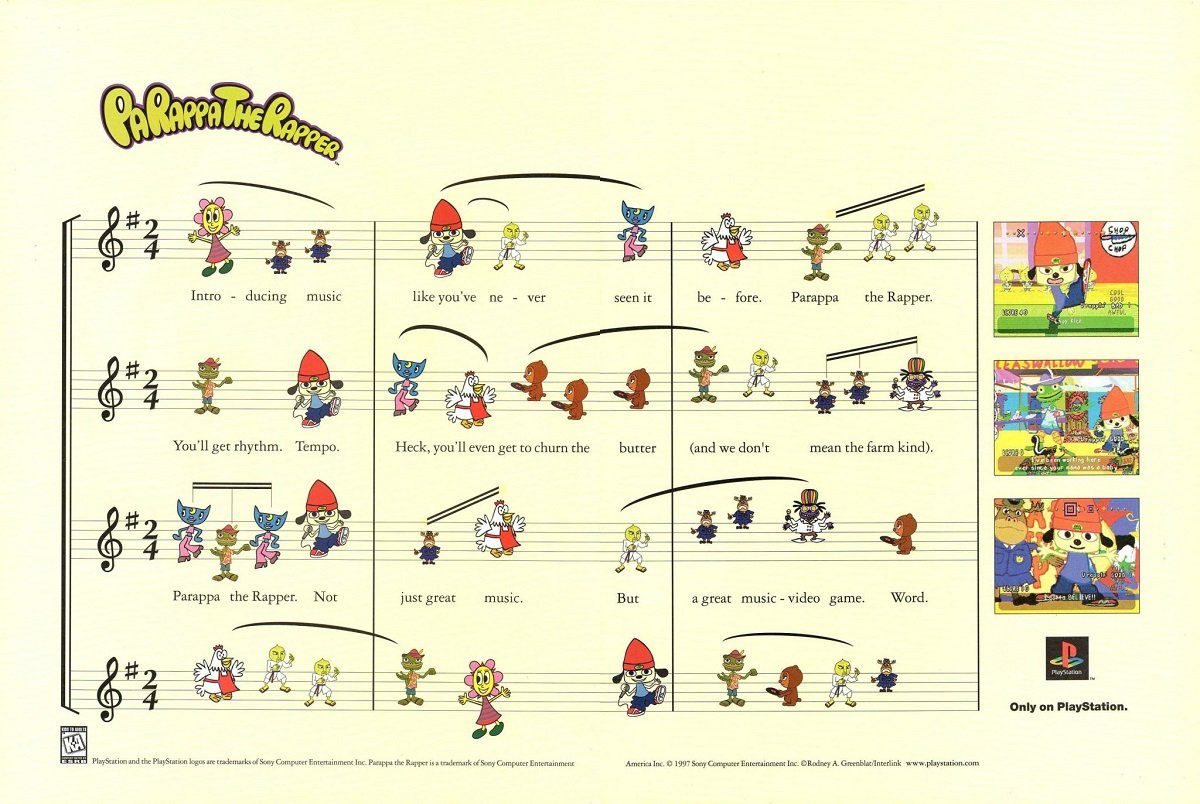 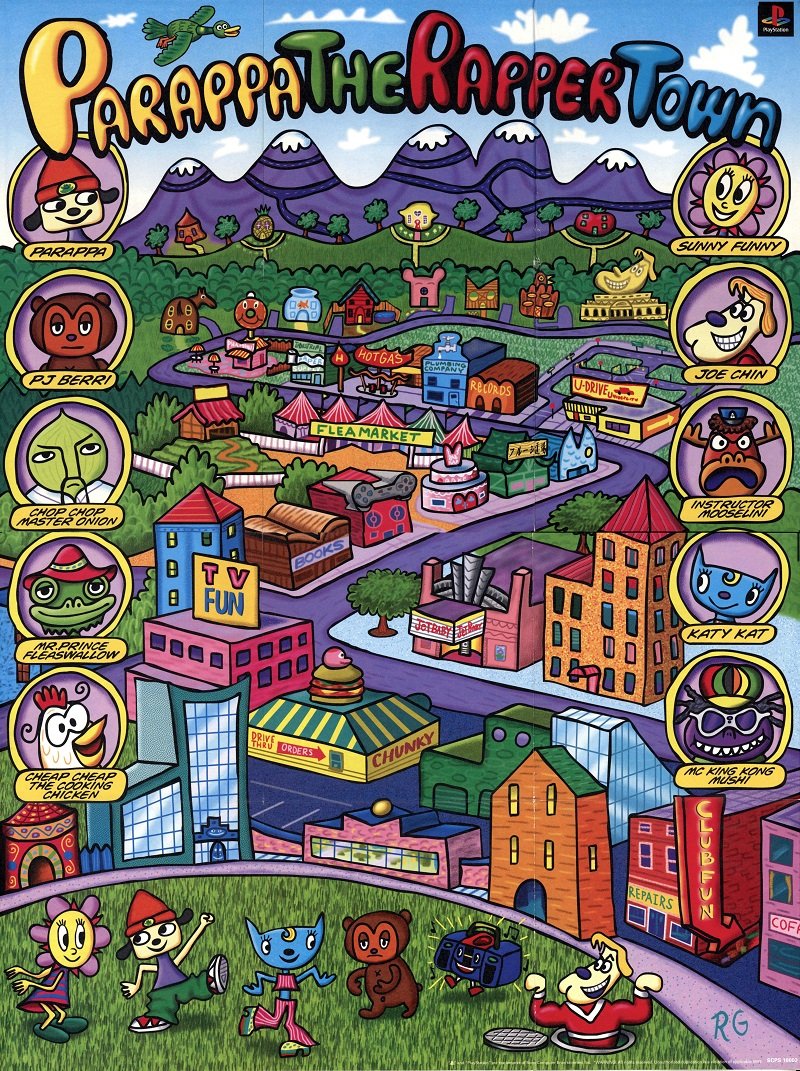 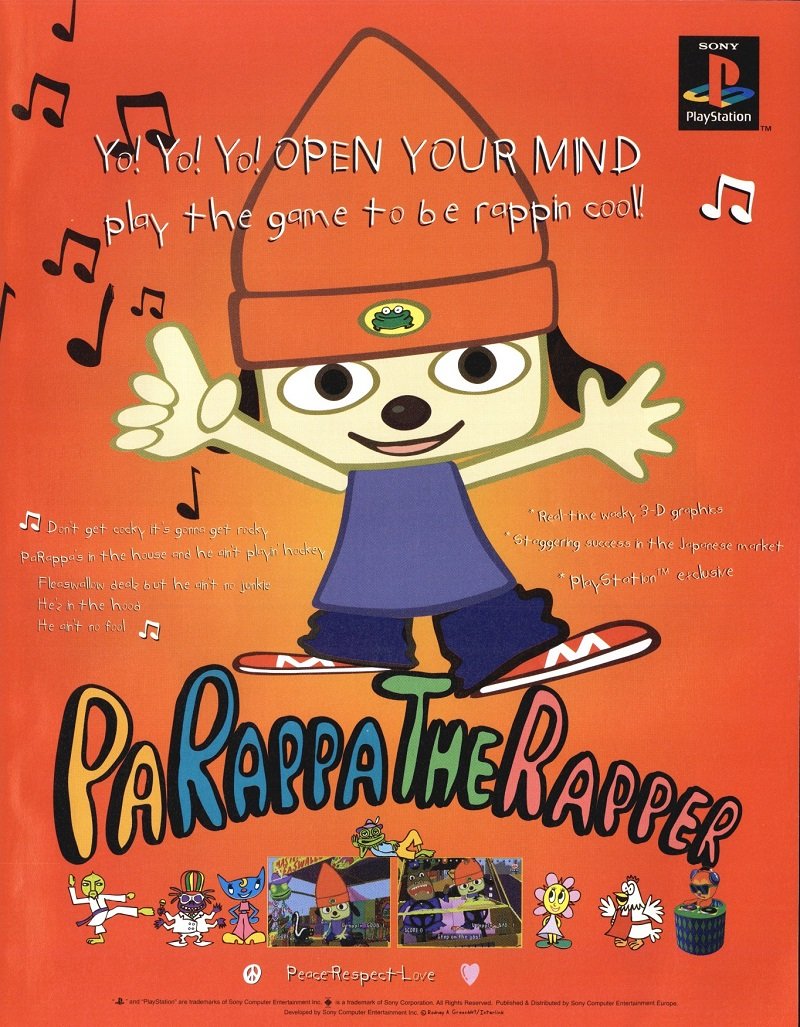 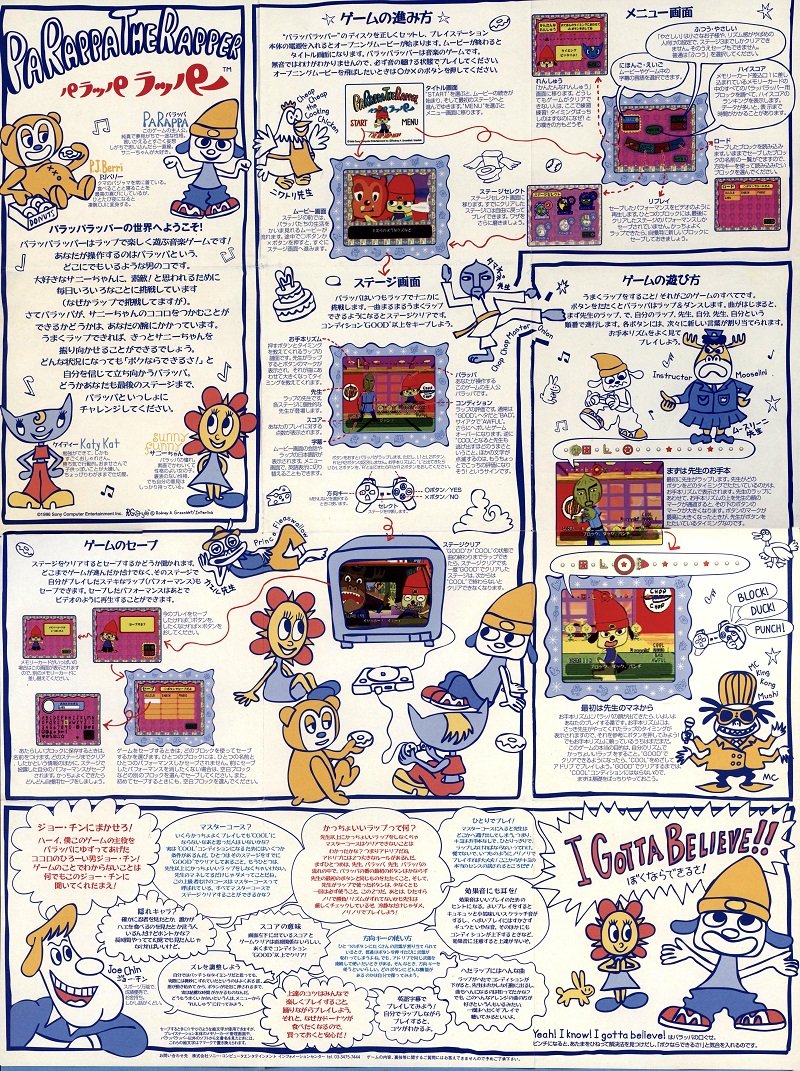 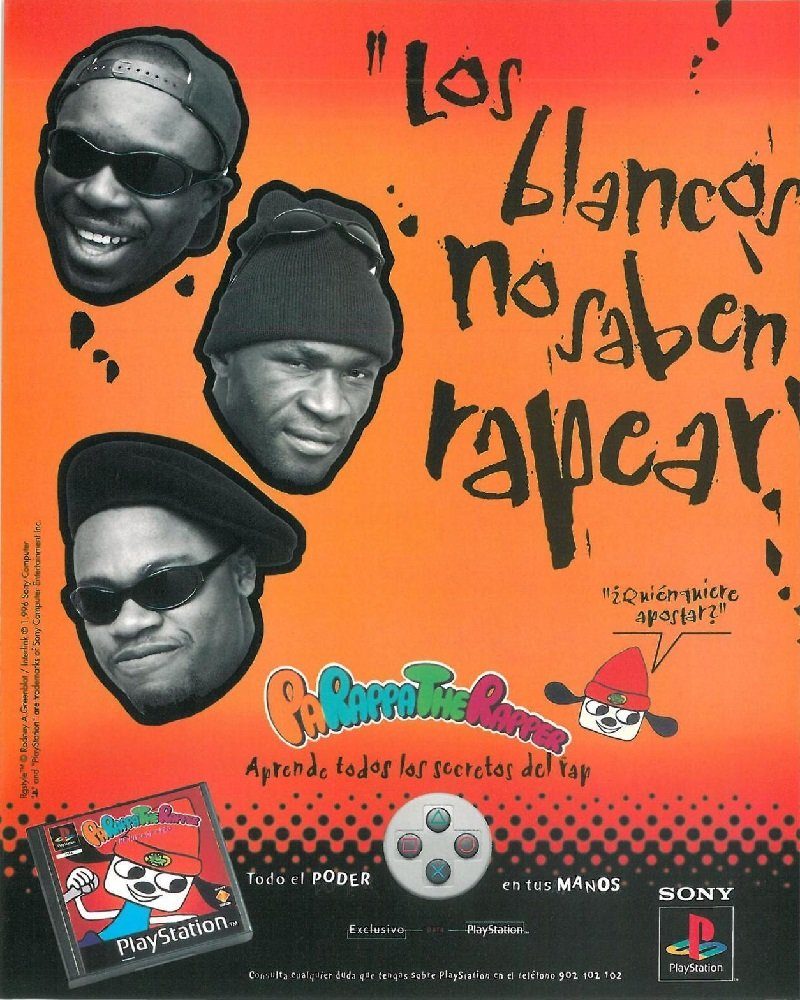