NHLPA Hockey ’93 is an ice hockey video game published by EA Sports.  It is the second installment in Electronic Arts’ NHL series and was developed by Jim Simmons for the Sega Genesis / Mega Drive and by Park Place Productions for the Super Nintendo.

The game released in September 1992 in North America and was named slightly different from its predecessor.     Electronic Arts did not obtain licensing from the NHL but were able to secure licensing from the NHLPA.  Due to not having an official license from the National Hockey League EA was not allowed to use NHL teams in the game.  All teams in the game are referred to only by the name of the city with no use of the team name itself.   In addition to not using the team’s name, no NHL team logos or NHL emblems were incorporated into the game.

Even though EA Sports were unable to use teams’ names and logos all of the team’s cites and uniform colors were exact with the exception of the New York Islanders which were referred to as Long Island to accommodate for New York having two NHL teams.  This made it very easy for players to overlook the missing team names and logos and still be able to immerse themselves into the game. 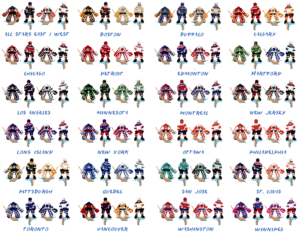 The NHLPA licensing allowed for EA Sports to use over 500 real NHL players in the game to build complete team rosters for all 24 teams from the 1991-92 NHL season, including the two new expansion teams in Tampa Bay and Ottawa.  Along with the 24 city teams EA Sports included two All-Star teams.

Along with the incorporation of full team rosters with the use of the NHLPA licensing EA Sports included many new series features into the game that were not found in its predecessor such as New player animations, improved AI, player injuries, edit and save personalized team lines, three stars selected at the end of each game, dynamic organ music that reacts to real game situations and slap shots that can break glass.

The Sega Genesis / Mega Drive version of the game included EEPROM saving allowing players to save lines and ongoing Playoffs while the Super Nintendo version required the use of a password system.  NHLPA Hockey ’93 was critically acclaimed upon release and was another commercial success for EA Sports, making it an easy decision to continue forward with the series and to develop annual installments going forward. 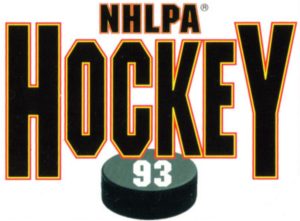 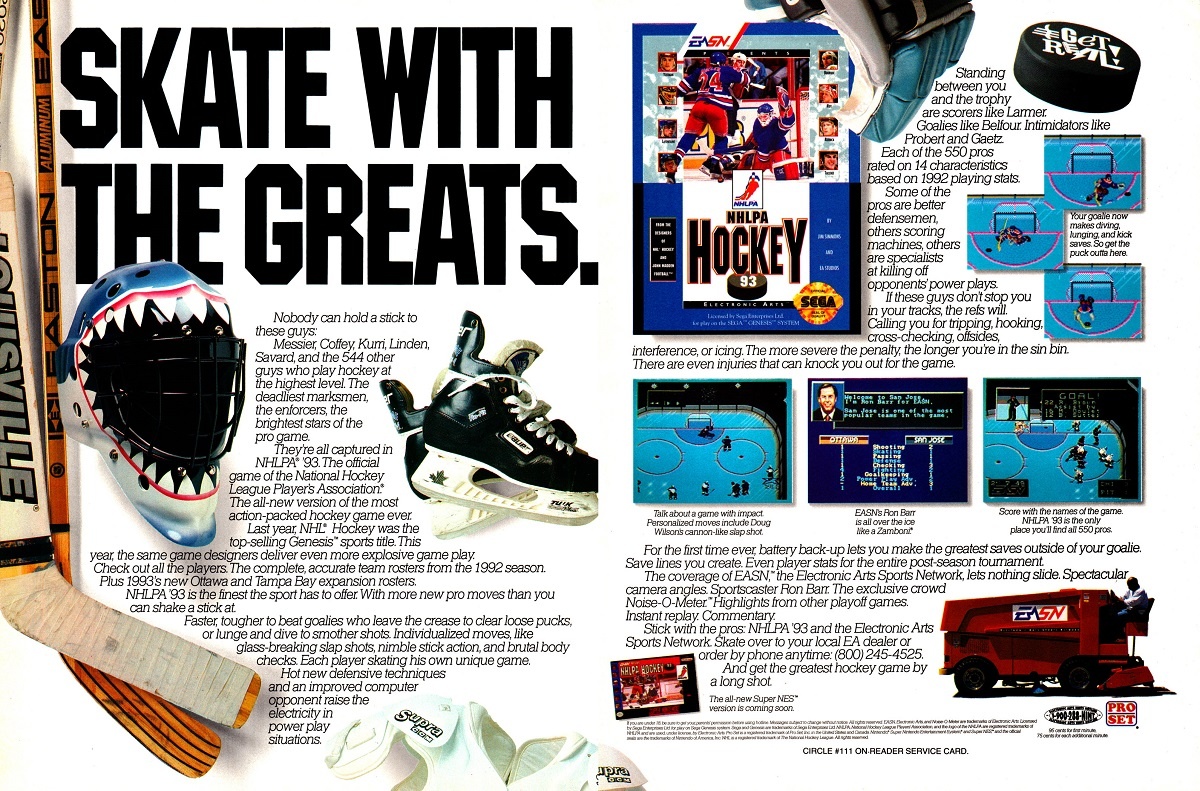