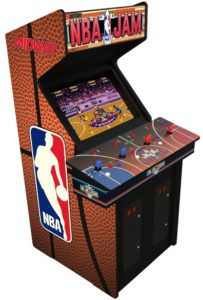 NBA Jam is an over the top 2-on-2 basketball arcade game developed and published by Midway.   Released in arcades in 1993, the game became the first entry in the NBA Jam series, a series that transcended beyond typical sports games and appealed to a wide audience and not just sports fans.

The game was released in the early 1990’s while arcades were experiencing a resurgence in popularity.  The unique embellished gameplay, official license from the NBA to use real teams and feature digital likenesses of famous players made the game immensely popular.

Midway had previously released Arch Rivals in 1989, another 2-on-2 basketball game but did not have a license from the NBA to use real teams or players.   The premise of the game was based off of Arch Rivals but this time Midway approached the NBA to obtain the needed licensing to use popular players that were well known to help drive main stream appeal.

The development team created a larger than life gameplay style that had few rules resulting in fast pace action that featured spectacular maneuvers and slam dunks.  Accompanying the over the top gameplay the development team incorporated play by play commentary with catch phrases like “he’s on fire” and “Boomshakalaka!”.

NBA Jam became one of the most successful arcade games of all time, generating over $1.1 billion in revenue.  The success of the game gave rise to a new genre of sports games which were based on fast action-packed gameplay and exaggerated realism.  This was a formula which Midway embraced later applying it to other sports such as football with NFL Blitz, hockey with 2 on 2 Open Ice Challenge and baseball with MLB Slugfest.

The success of the arcade release quickly led to the game being ported to home consoles.   While the original arcade version of the game featured team rosters from the 1992-93 NBA season, the home consoles versions were based on the 1993-94 NBA season.  Midway did not secure the license to use Michael Jordan’s name or likeness as unlike other NBA players, Jordan owned the rights to his name and likeness opposed to the National Basketball Players Association (NBPA).   While Shaquille O’Neal was included in the arcade release, he soon followed in Jordan’s footsteps buying his name and likeness from the NBA and as a result was not included in the home console versions of the game. 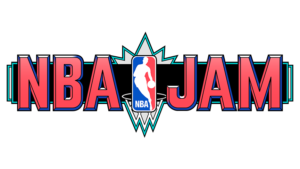 The story behind the development of NBA Jam 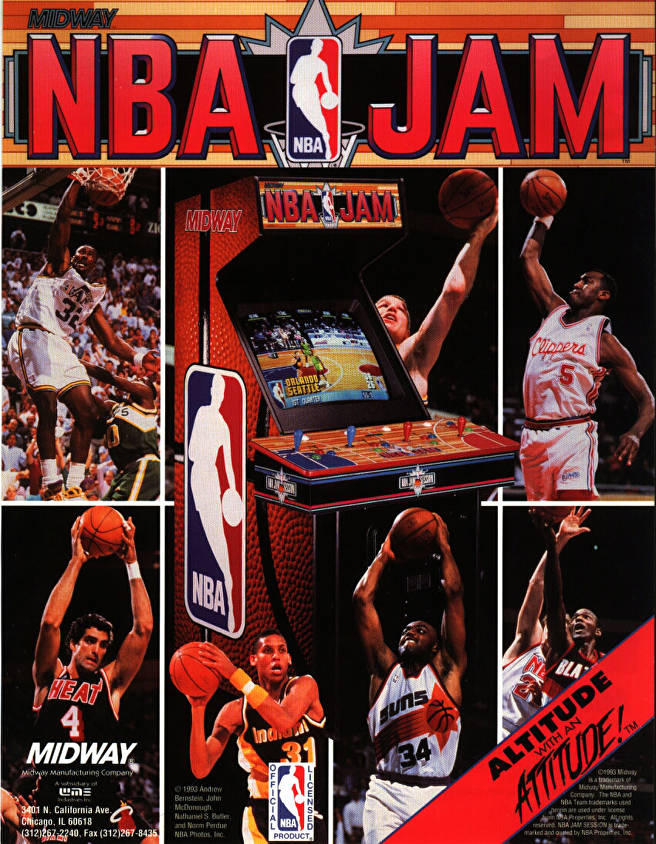