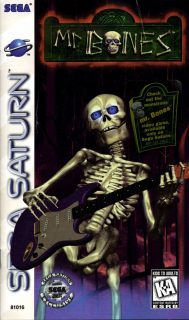 Mr. Bones is a mixed genre video game consisting of platform, rhythm and minigame elements that was developed by Zono Inc. and Published by Sega for the Sega Saturn.  The very unique style game was conceptualized by Ed Annunziata, the creator of the Ecco The Dolphin series.  Annunziata created an eccentric and surreal experience by combining numerous gameplay styles with an offbeat storyline.

While Zono Inc. handled the core development of the game, the cutscenes and art assets were created by Angel Studios.  The cinematics were designed and directed by Allen Battino, who worked alongside Annunziata on Ecco: The Tides of Time for the Sega CD.  Battino also performed the role of Mr. Bones via motion capture.  Music was a key plot point in Annunziata’s storyline for the game and the soundtrack became an important element in the design of the game.   The soundtrack for the game was composed and performed by Ronnie Montrose, a famous American rock guitarist and is one of a handful of games of the era to receive a published soundtrack in North America.

The game is centered around a skeleton known as Mr. Bones who has been resurrected by a mad philosopher.   DaGoulian, a mad philosopher believes he can purify the world by making evil thrive.  When the evil DaGoulian uses a set of magic drums to raise a skeletal army, he also resurrects Mr. Bones.  The magical drums allow DaGoulian to tap into a primal power which he refers to as “skeletal magnetism” or skeletism.  By summoning the dead from their graves, he is able to gain control of a skeleton army to do his bidding.

One of the skeletons in the cemetery that was resurrected was pure of heart and thus is not controlled by the red evil skeletism.  Instead the pure of heart individual received a blue good skeletism which allowed him to retain his free will.  DaGoulian quickly noticed that a sole skeleton received the blue good skeletism and orders his newly created army of red evil skeletism skeletons to destroy the sole skeleton who calls himself “Mr. Bones”.  Players assume the role of Mr. Bones in an effort to stop DaGoulian’s evil plan by finding a way to counteract the evil of red skeletism before DaGoulian’s minions catch up to him.

The Sega Saturn exclusive released on October 18, 1996 to mixed reviews.  Critics opinions were divided between the game being very bizarre in nature to the gameplay being extraordinarily original.  Due to the Sega Saturn’s poor hardware sales and being overshadowed by other releases at the time, the game did not preform very well when it released.   The game is often fondly looked back on by gamers who had the opportunity to experience it on the Saturn and has influenced many retro gamers to revisit the title. 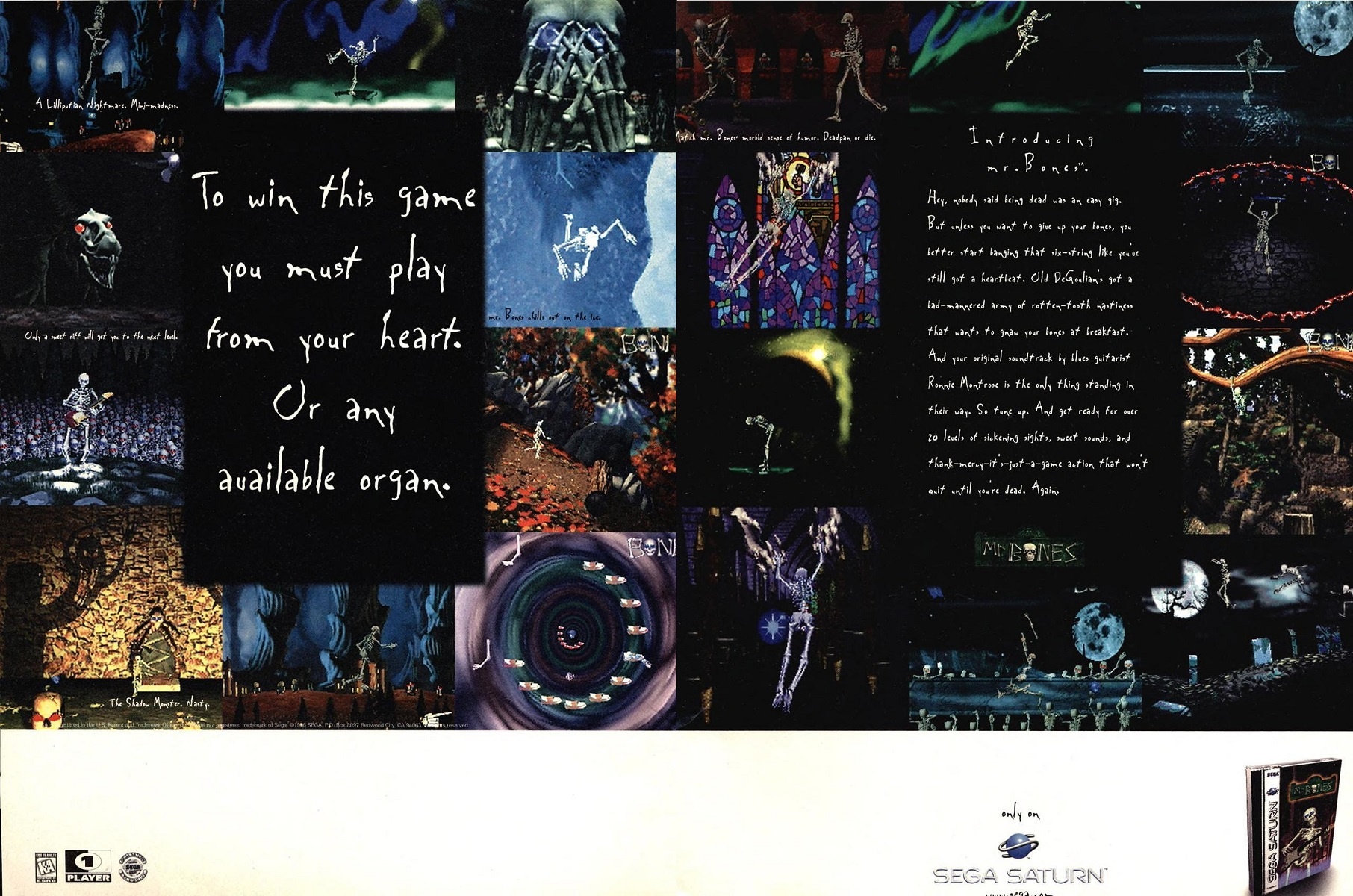