Mother 3 is a role-playing game developed by Brownie Brown and HAL Laboratory for the Game Boy Advanced.  Published by Nintendo the game released in 2006 exclusively in Japan and is the third installment in the Mother series.  Like the previous entries in the series the game features a top-down perspective with turn-based combat.

The original concept for the game was to create a sequel to Mother 2 using the same hardware, the Super Famicom.  The development process began in late 1994 for the Super Famicom but was quickly transitioned to the Nintendo 64.  Series creator Itoi Shigesato wanted to create a game in the style of a Hollywood film.   Inspired by Super Mario 64, the development team sought to create a 3D open world adventure that would end up exceeding the capability of the Nintendo 64.

Moving the development of the game to the 64DD provided the development team the ability to utilize 64MB (512Mbit) of storage space.  The capability of Nintendo 64’s cartridge-based media would improve over the course of the console’s lifespan and would ultimately reach a maximum storage capability of 64MB however when the decision was made to move development to the 64DD cartridges were only available at 16MB.  Mother 3 was expected to be a launch title for the 64DD addon however development of the game required more time and due to the commercial failure of the addon peripheral development was moved back to the Nintendo 64 base unit.

The new vision for the game was to release it for the Nintendo 64 using a newer 32MB (256Mbit) cartridge, like what The Legend of Zelda: Ocarina of Time was being developed on.  Nintendo showcased a playable demo of Mother 3 at the 1999 Nintendo Space World trade show in August.  The demo was estimated to be a 50% completed version of the game which had a projected release date of mid 2000 in Japan.  The game was also being promoted as EarthBound 64 for release outside of Japan and became a highly anticipated title for the Nintendo 64.

In August 2000, Shigesato Itoi announced that development of Mother 3 was cancelled following several further delays.  Nintendo was in the process of migrating away from the Nintendo 64 with their new GameCube console set to launch in 2001 and shifting the game to the GameCube would have been an enormous effort.  Nintendo felt that the focus on 3D graphics made the project overly complex and they did not want to fully abandon the project as they were still interested in bringing the game to fruition.

All development material from the N64 version of the game was provided by HAL Laboratory to Brownie Brown in late 2002 for reference and inspiration.  When the decided to restart development in 2003 for the Game Boy Advance a lot of faith was put in Brownie Brown to lead the development with input from Itoi.  Co-developed with HAL Laboratory the team was able to finally complete the last installment in the Mother series, a game that’s development would span twelve years and four consoles before its completion.

Brownie Brown led the development of the game with input from Itoi.  While the game was completely overhauled from an open world 3D environment to a 2D top-down perspective, the story was not altered.  Taking place after the events of Mother 2 in the Nowhere Islands, the story is told over eight chapters, including a short prologue.  The game follows Lucas, a young boy with psychic abilities, and a party of characters as they attempt to prevent a mysterious invading army from corrupting and destroying the world. 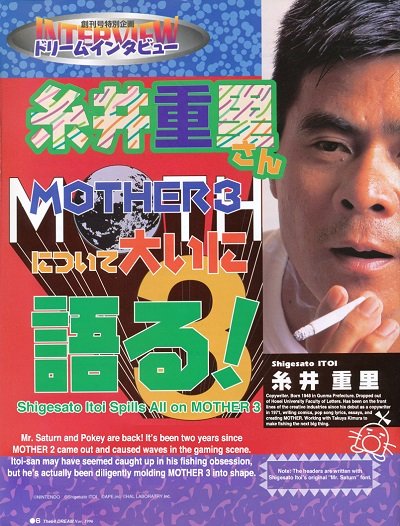 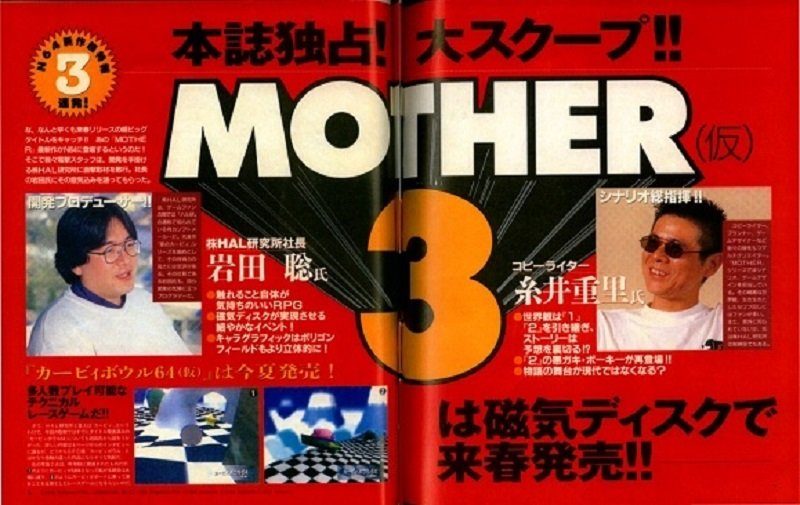