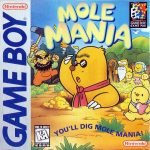 Mole Mania is a puzzle game developed by Nintendo EAD and Pax Softnica for the Game Boy.  The game was published by Nintendo and is one of the lesser-known games that Shigeru Miyamoto was involved in creating.

Players take on the role of a mole named “Muddy” who’s family was kidnapped.  His wife and seven kids were taken hostage by the evil farmer, Jinbei.  As Muddy, players navigate their way through eight worlds of mazes that vary in difficulty in an attempt to rescue his kidnapped family from the evil farmer.

Each maze requires players to dig tunnels underground while avoiding obstacles and enemies by manipulating steel balls until they are close enough to smash through the stone gates blocking Muddy’s path forward.  Planning and placement of holes, balls, enemies, cabbages, pipes, and barrels are critical to succeed and progress through the game.

The game takes place from an overhead perspective and players must defeat all enemies in areas in order to proceed.   The game is heavily puzzle oriented and in later more complex levels it is common to get stuck by not preforming the correct steps in the required order.  Players who become stuck can reset the puzzle by simply leaving and returning to the area to try again.

One of the unique gameplay mechanics is the digging ability where players can dig underground in each stage to find a completely different map than the one presented above ground.  This gameplay mechanic allows players to progress through otherwise impassable terrain.

The game first released in Japan on July 21, 1996 and was localized for western markets in 1997.  While praised upon release the game never gained much attention in any of the territories that it was released.  Nintendo re-released the game for the Nintendo 3DS Virtual Console in all major regions in 2012. 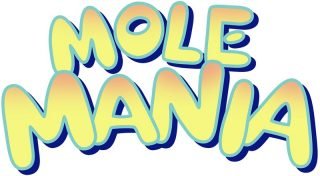