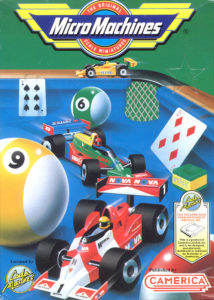 Micro Machines is a racing video game developed by Codemasters and published by Camerica for the Nintendo Entertainment System. The game is themed around the popular miniature model car toy line and is the first installment in the Micro Machine video game series.

Codemasters began development of a beach buggy racing game in which cars would race over sand dunes. The game was an original concept and entitle “California Buggy Boys” but would later be redesigned once Codemasters established a license deal with Galoob for their Micro Machines toy line.

In 1990 Codemasters was searching for opportunities to partner with a company to distribute their products which put them in touch with toy firm Galoob. Galoob formed a partnership with Codemasters to distribute their Nintendo Entertainment System peripheral the Game Genie. The infamous game altering device landed both companies in hot water with Nintendo. Nintendo sued Galoob many times with lawsuits in California, New York and Canada but Galoob prevailed each time. In one case, Nintendo was ordered to pay Galoob $15 million in damages.

The huge success of the Game Genie established a sound relationship between Codemasters and Galoob, leading to Galoob offering the license for its Micro Machines toy line for use in a video game. Securing the license for the toy line put an end to the development of “California Buggy Boys” and the transition began to turn the game into a toy-based racing game.

Designed from a top-down perspective, players race miniature toy vehicles around environments such as breakfast tables, office desks, workshop floor, pool tables, outdoor gardens and a bathtub. The selection of vehicles varies from cars, boats, helicopters and tanks with the tanks having the ability to shoot other racers.

Codemasters did not have a license from Nintendo to develop for the Nintendo Entertainment System and their knowledge of the hardware came from reverse engineering the system. The company was not in good standing with Nintendo from the release of the Game Genie making it difficult to now secure licensing to publish on Nintendo’s console.

Codemasters partnered with Camerica to publish the game in 1991 as an unlicensed title for the Nintendo Entertainment System. Since the game was not licensed by Nintendo this limited where the game could be sold as established retailers would not carry the game. This resulted in sales not meeting the expectations of Codemasters, however the game was positively received by reviewers and consumers. Knowing the game was well received the team made the decision to port the game to other systems. The game was developed and released for the Amiga, Game Gear, Sega Master System and Sega Genesis in 1993 followed by versions for DOS, Super Nintendo, Game Boy and CD-I in 1994 and 1995.

My Gamer XP is a YouTube channel that primarily focuses on retro game reviews, nostalgic gaming memories and quick plays. 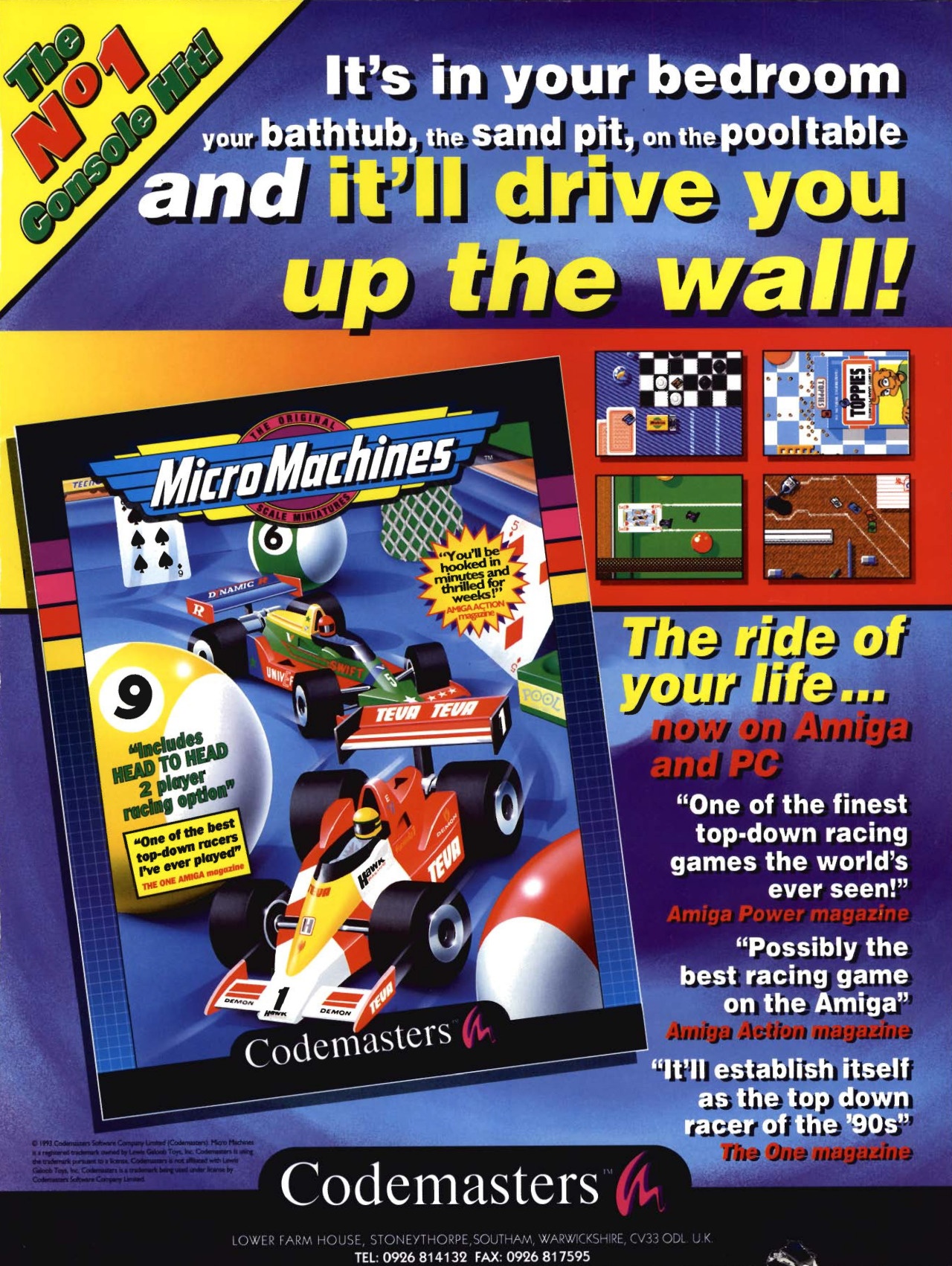