Metroid Fusion is an action-adventure video game developed by Nintendo R&D1 and published by Nintendo for the Game Boy Advance.  Released eight years after Super Metroid on November 18, 2002 the game became the fourth installment in the Metroid series.

The long-awaited sequel is similar in nature to its predecessors where players take control of bounty hunter Samus Aran in a side-scrolling platform style game with puzzle elements.  Set in a large open-ended world Samus is sent to investigate a space station swarming with organisms infected with virions known as X parasites.  The game is more linear then the previous installments in the series due to its heavier focus on storyline, introducing navigation rooms which inform players where to go next providing a mission-based gameplay that guides players through each area.

Nintendo confirmed on March 23, 2001 that a Metroid game for the Game Boy Advance was in development by Nintendo R&D1, the same team that developed Super Metroid for the Super Nintendo.  Written and directed by series designer Yoshio Sakamoto the game is a direct sequel to Super Metroid with the story picking up where Super Metroid left off.  Fusion is the first 2D Metroid game with animated cutscenes with the game’s story being told through text and visual close-ups.

The game begins with Samus and a survey crew from Biologic Space Laboratories (BSL) exploring the surface of the planet SR388 when Samus is attacked by a parasitic organism known as X.  Unaware of her condition and the affects of the attack Samus left SR388 to return to the BSL Station.  During her return the X parasite infested her central nervous system causing Samus to lose consciousness and her ship drifted into an asteroid belt.  The ship’s emergency system automatically ejected the escape pod before crashing into an asteroid.  Biologic Space Laboratories was able to recover the escape pod and transported Samus to the Galactic Federation Head Quarters. 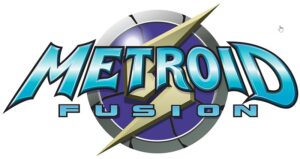 The X parasite that infested Samus multiplied corrupting large areas of her Power Suit.  The organic components of the Power Suit had become integrated with Samus and could not be removed while she was unconscious.  Large portions of the suit had to be surgically removed, dramatically altering her physical appearance and abilities.  The parasite was infused with Samus’ central nervous system and was deemed that it could not be removed safely.

Samus was given a slight chance of survival until someone identified a potential cure.  The proposal was to use a Metroid cell to make an anti-X vaccine.  The Federation had preserved a cell culture from the last infant Metroid from SR388.  The vaccine was created and injected into Samus causing the X parasites to immediately be destroyed but burdens her with the Metroid’s vulnerability to cold.  When Samus recovers consciousness, she discovers that an explosion has occurred on the BSL station and is sent to investigate.   Her mission is overseen by her new gunship’s computer which she nicknamed “Adam” after her former commanding officer, Adam Malkovich.

Upon arrival of the BSL station Samus heads to the Quarantine Bay where she encounters and kills a Hornoad that has been infected by the X Parasite.  There she communicates with her gunship’s computer (Adam) and learns that the specimens brought back by the field team have become infected by the X Parasite.  Adam also reveals that the X parasite can use the DNA of its prey to replicate their hosts’ physical appearance and that the X parasite has infected the station with the help of the “SA-X”, an X parasite that has taken the form of Samus.

The game was released simultaneously with Metroid Prime for the GameCube.  Retro Studios incorporated two features in Prime that could be unlocked by players who owned a copy of Metroid Fusion.   Using the GameCube – Game Boy Advance link cable enabled the cosmetic use of the Fusion Suit in Metroid Prime and the ability to play the original Metroid game.  Upon release the game was praised by critics for its action-oriented gameplay, receiving handheld game of the year by many publications as well as at the 2002 Interactive Achievement Awards.  Since its initial release the game has been released on the Nintendo 3DS Virtual Console in December 2011 for select customers as part of the 3DS ambassador program and the Wii U Virtual Console in April 2014. 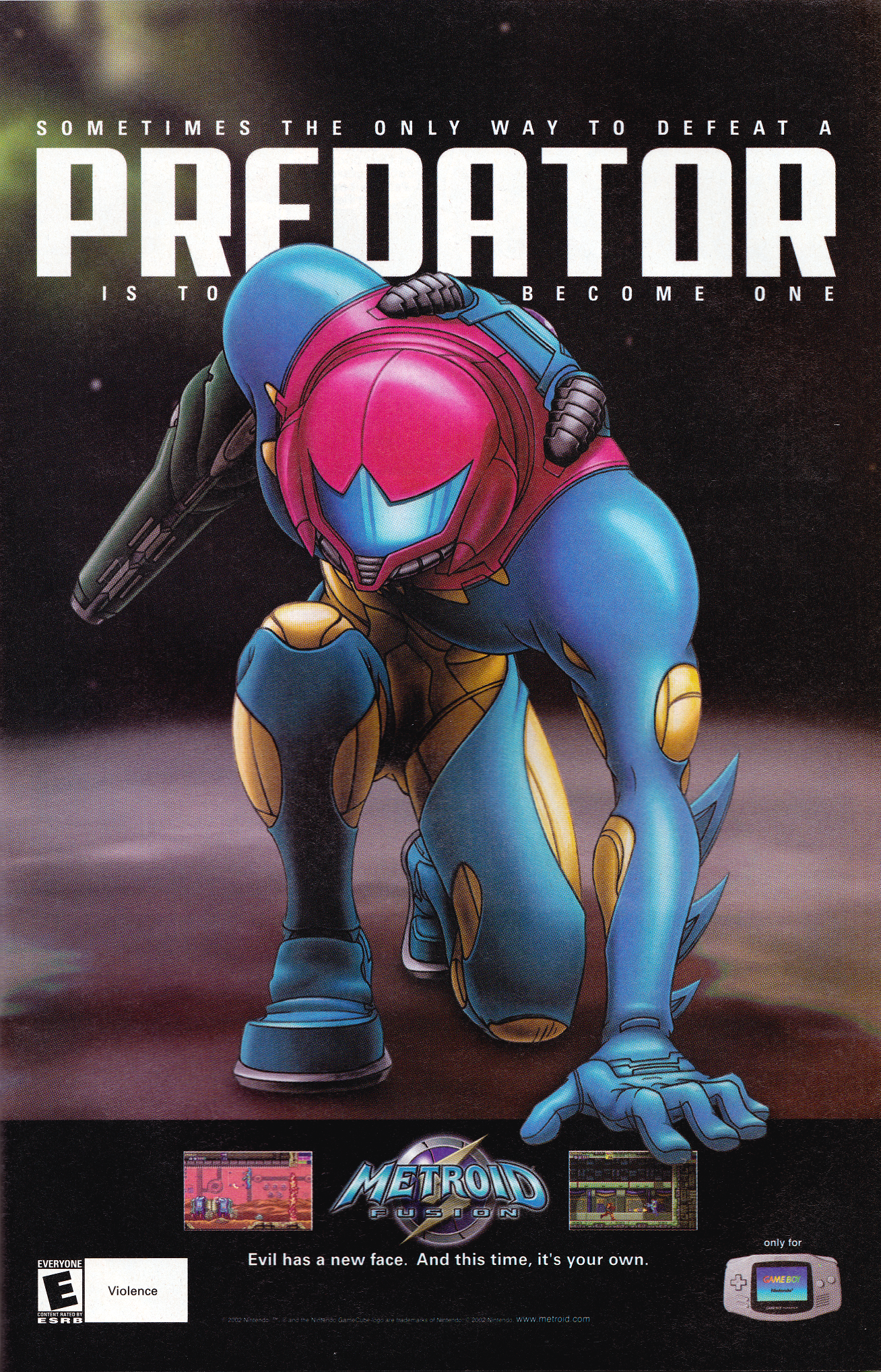