Metal Slug is a run and gun video game developed by Nazca Corporation and published by SNK for the Neo Geo MVS arcade platform and Neo Geo AES home console.  Released in 1996 the game is the first installment in the Metal Slug series and is widely known for its sense of humor, hand-drawn animations and fast-paced action.

Developed and released first on the Neo Geo MVS (Multi Video System) cartridge-based arcade system a home version was promptly released for the Neo Geo AES (Advance Entertainment System).  Both systems were manufactured by SNK Corporation whose vision was to create an arcade cabinet that could use interchangeable cartridges and a home console that would bring a true pixel perfect arcade experience home.  The AES had the same raw specs as the MVS and had full compatibility, thus managed to bring a true arcade experience to home users.

The logo on the title screen of the game uses the subtitle “Super Vehicle-001”, something that is not prevalent on the games box, cartridge label or marketing material.  The title of the game and its subtitle are named after the main vehicle found in the game.  Super Vehicle-001 or SV-001 for short is a tank like vehicle known as a Metal Slug.

The roots of the game centers around the tank like vehicle as the original concept for the game was for create a tank shooter.  The entire game was developed to be played using a tank with no separate characters.  During game testing feedback was provided that the game felt basic and was missing key elements required for gamers to immerse themselves into the gameplay.   Upon receiving feedback from testing the developers decided to revamp the nearly finished game by adding the characters Marco and Tarma.  Marco and Tarma became the focal point of the game and the feedback from the test group was extremely positive.   The SV-001 vehicle remained in the game as a vehicle the main characters can obtain and the decision to keep the original name of the game based off the tank vehicle was made. 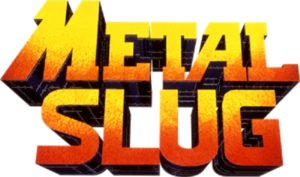 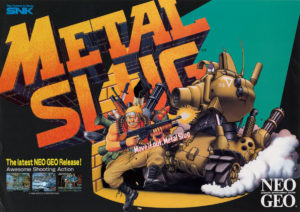 Set in the year 2028, players take the role of a soldier, either Marco Rossi in single player or Tarma Roving as the 2nd player in multiplayer coop in a quest to stop General Donald Morden in his global attack effort.   General Donald Morden’s rebellion out numbers the regular army in troops and equipment.  The General has gained access to a new form of all-terrain combat tank dubbed “Metal Slug”.  It is up to Marco and Tarma of the Peregrine Falcon Strike Force to locate and eliminate his powerbase, as well as reclaim or destroy any Metal Slugs they find along the way to keep the advance military technology out of the hands of the General.

The game was mildly successful when it released in 1996 for the Neo Geo MVS and AES and received several ports to the Neo Geo CD, Sega Saturn and PlayStation within a year of it’s initial release.  The game would receive a sequel on the Neo Geo MVS and AES in 1998 and spawned a successful long running franchise of sequels and spin-offs.  The game received a second wind of success when it was brought to the Wii virtual console in 2008 and the PlayStation Network 2010.  In retrospect the game has become a renowned run and gun classic and beloved by the retro gaming community. 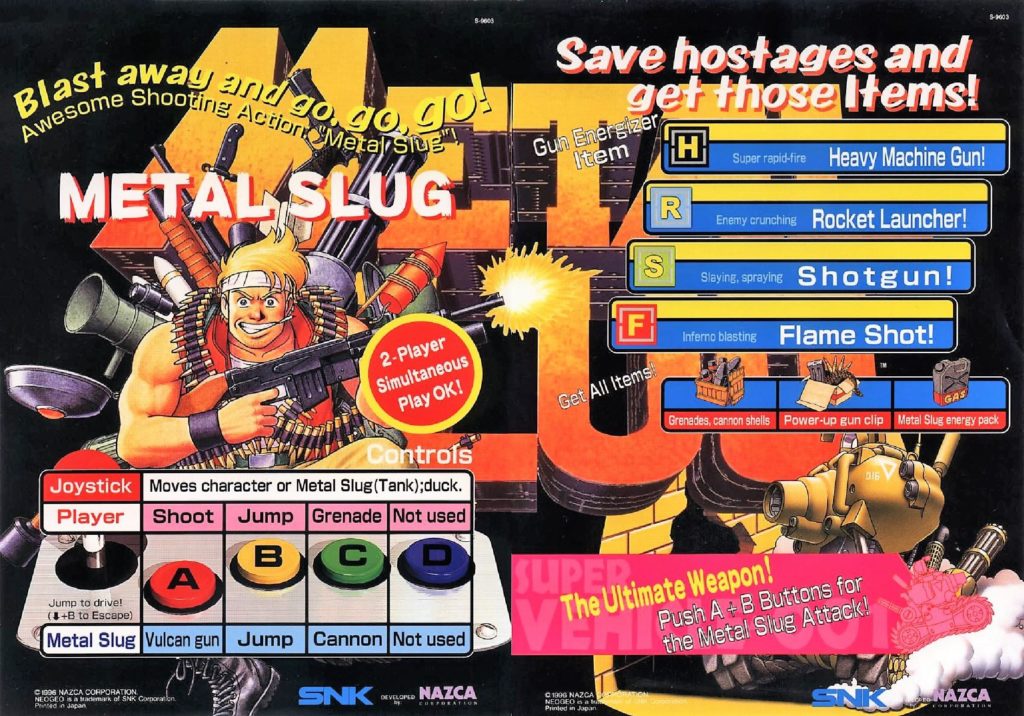 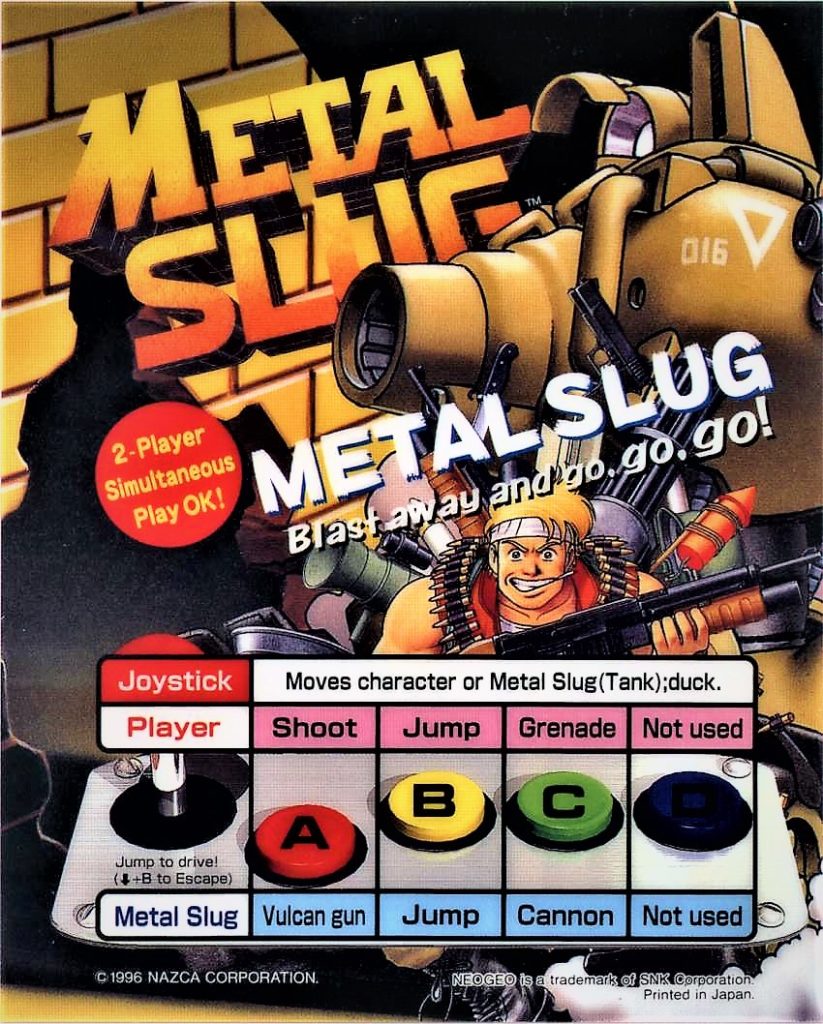 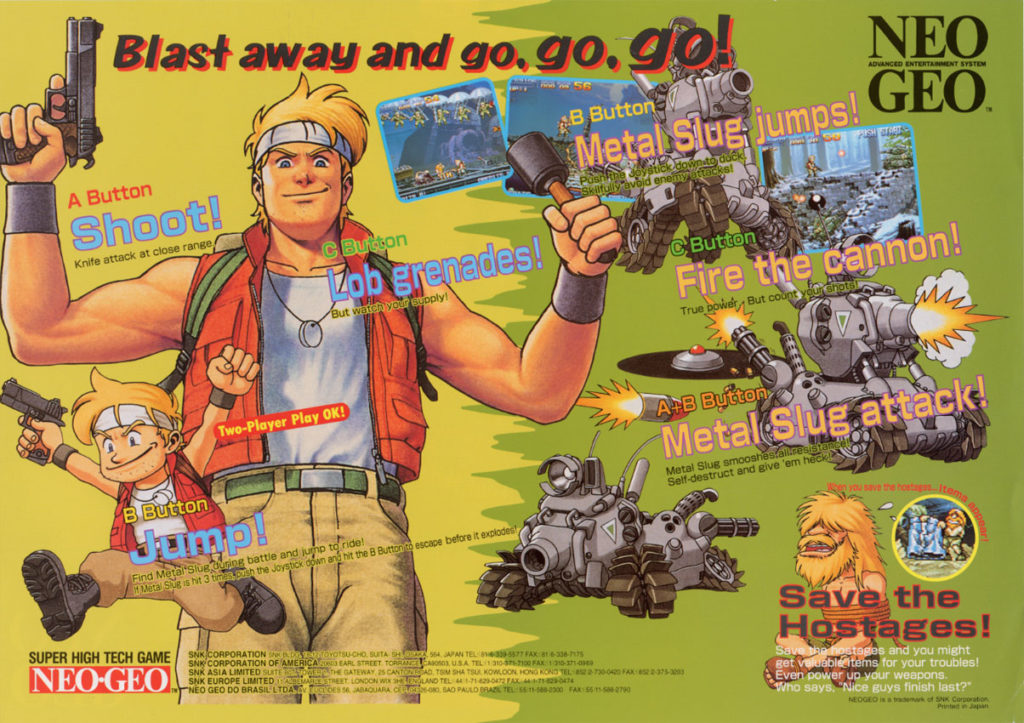