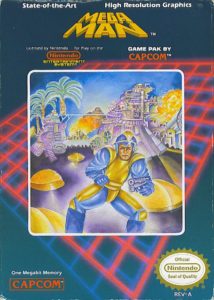 Mega Man is an action platforming video game developed and published by Capcom for the Family Computer (Famicom) and Nintendo Entertainment System video game consoles. Known as Rockman in Japan, the premise of the game is that the evil Dr. Wily stole six industry robots and reprogrammed them for violence. This is the first installment in the Mega Man series which has became one of Capcom’s most popular and successful franchises, selling over 35 million units across all titles.

Released in 1987 with a unique feature where players could select any of the six stages in the order of their liking instead of providing a linear path like most games at the time. Part of the reason for this structure was that players would obtain the bosses ability when beating the stage which could be used on the other bosses. This generated a lot of conversation amongst young gamers setting school yards a buzz with kids trying to determine which boss were weak to the other boss’s ability and what order to tackle each level in. Taking place before the internet and most gaming magazines this provided awareness of the game and free marketing. North American sales were initially poor but gained momentum over word of mouth, making the game a sleeper hit.

The game was developed by a small team specifically for the home console market, a first for Capcom, who previously focused on the creation of arcade titles and would port them over to home consoles. The development team consisted only of six people with Keiji Inafune designing and illustrating the majority of the game’s characters, enemies, the Japanese Rockman logo, box art and instruction manual. He was also responsible for rendering his designs into graphical sprite form.

Inafune was influenced by the Japanese manga Astro Boy when designing Mega Man and decided to use blue for the character due to the fact that the Nintendo Entertainment System’s color palate contained more variations of blue then any other color in it’s limited 56-color palette. This provided Inafune the ability to enhance the detail in the character design of Mega Man. While Inafune handled the majority of the character design, Manami Matsumae composed the music, created the sound effects and sound programming over a three-month period.

Critics praised Mega Man for its overall design, though the game was not a commercial success. Mega Man established many of the gameplay, story, and graphical conventions that define the ensuing sequels, subseries, and spin-offs. 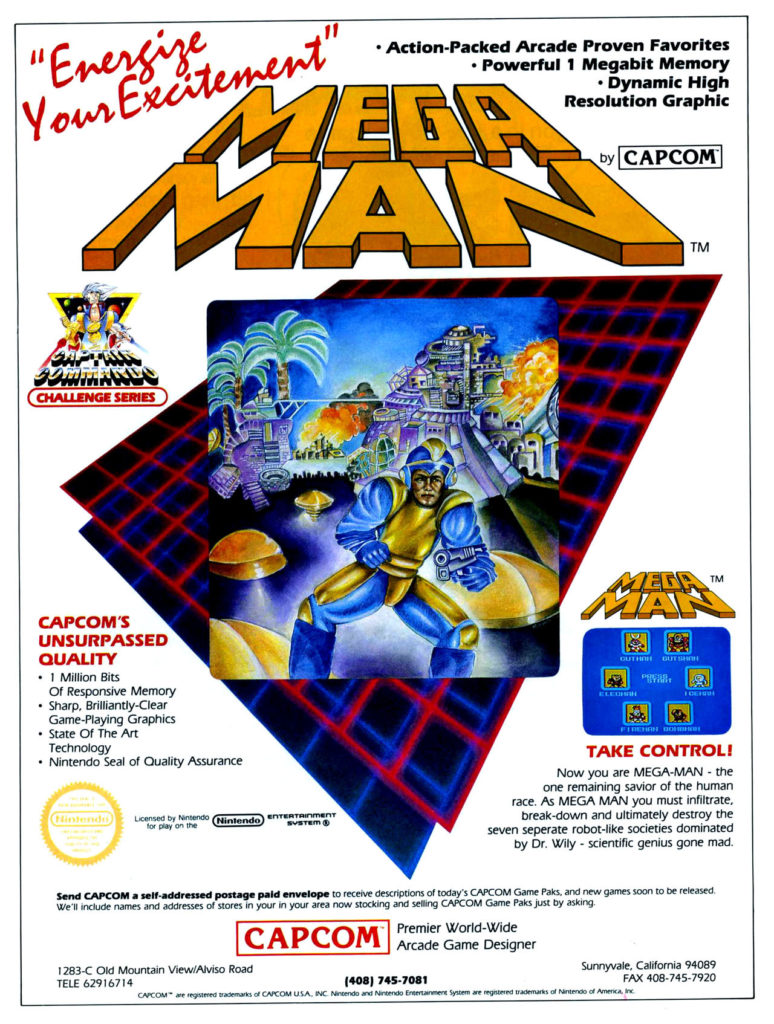