The game is based on the a 14-part Spider-Man comic book crossover of the same name that was published by Marvel Comics in 1993.  It is one of the first video games to be directly based on a comic book story, rather than simply using characters from a comic book series in a non-canon action-based video game plot.  The development team even incorporated cutscenes into the game that feature animated versions of the panel art found in the comic book series.

Software Creations had the rock group “Green Jelly” write and produce the game’s soundtrack.   The theme song used at the beginning of the game during the title screen was featured as the first track of the band’s 1994 album “333” as “Carnage Rules”.  Due to storage limitations of the cartridge-based media both versions of the game did not feature recorded music but instead featured a computerized rendition of the songs.

When the game first released for the Super Nintendo and Sega Genesis it was manufactured using red cartridges while later releases of the game used standard-color cartridges.  Upon release the game received mixed reviews but gained in popularity over the years and is now regarded as one of the more favorable Spider-Man based games of the 16-bit era. 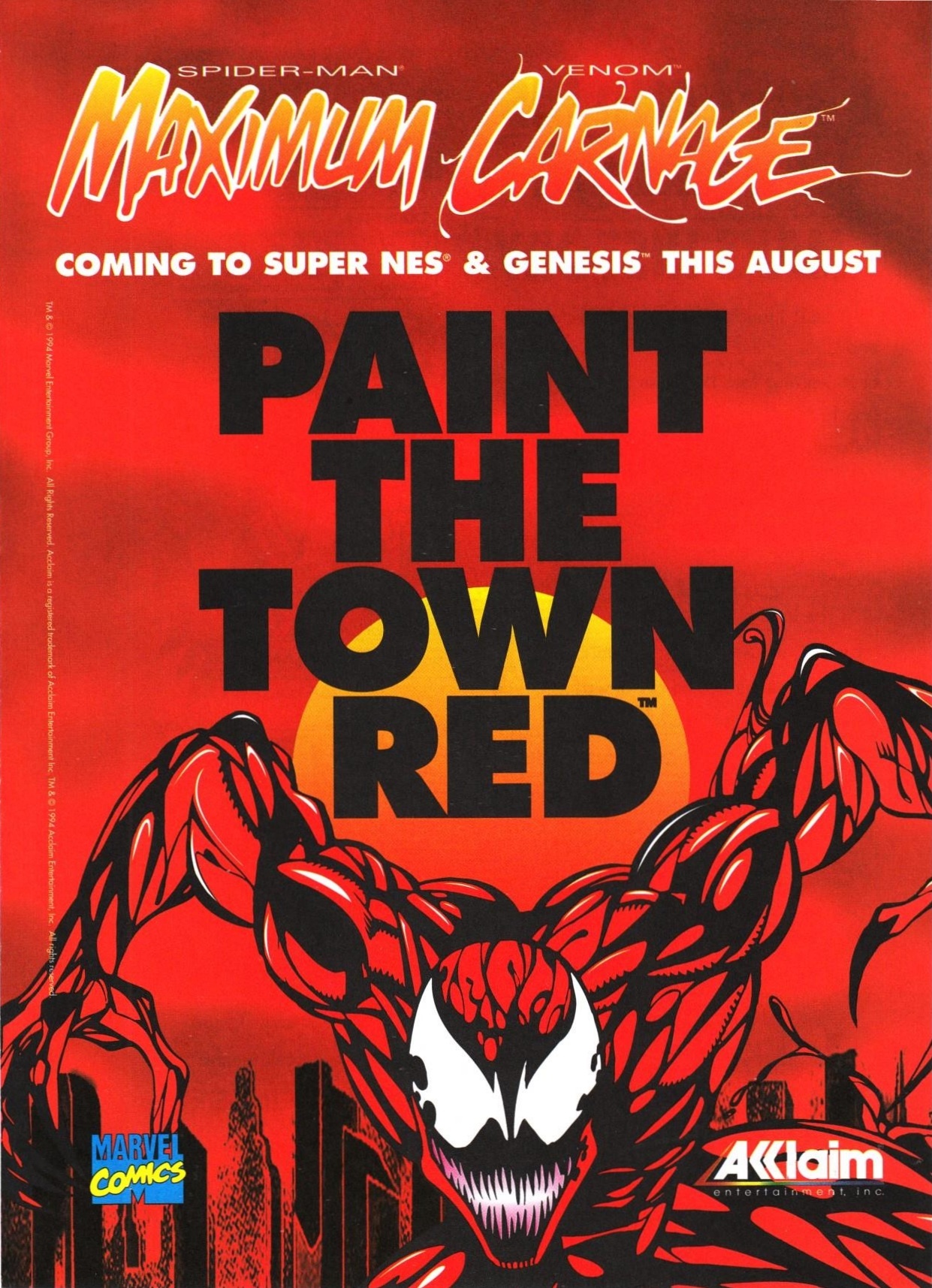 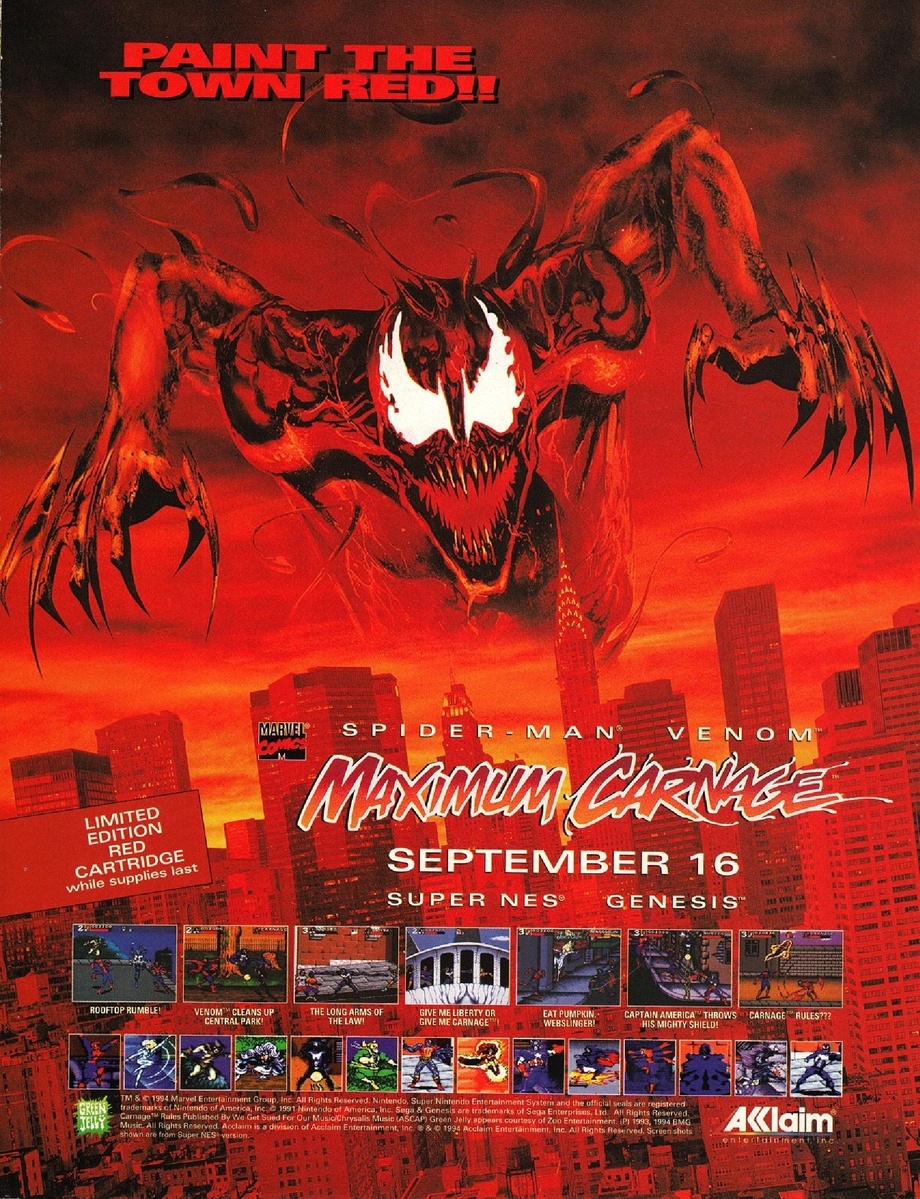