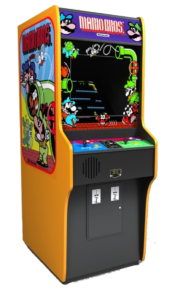 Mario Bros. is a spin off game based on Donkey Kong’s protagonist Mario, originally known as jump man. It is the first in the Mario series and is the predecessor to Super Mario Bros. It is a platform game designed by Shigeru Miyamoto and Gunpei Yokoi as part of Nintendo R&D1 and published by Nintendo in 1983.

The game also introduced Mario’s brother, Luigi, who was created for the multiplayer mode by doing a palette swap of Mario. The two-player mode and several aspects of gameplay were inspired by Joust. In the game, Mario is portrayed as an Italian-American plumber who, along with his brother Luigi, has to defeat creatures that have been coming from the sewers. The gameplay focuses on Mario and Luigi exterminating the creatures by flipping them on their backs and kicking them.

Even though Mario Bros. was released during the North American video game crash of 1983, the arcade game was successful and has seen numerous releases on home consoles. The game was released for the Nintendo Entertainment System, part of the Arcade Classics Series, Atari 2600, Atari 5200, and Atari 7800, as well as a large range of home computer systems. 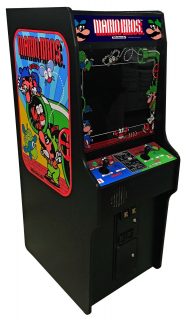