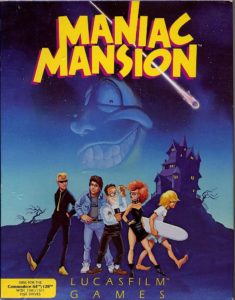 Maniac Mansion is an adventure video game developed and published by Lucasfilm Games for the Commodore 64 and Apple II computer. The game was ported to the Amiga, Atari ST, DOS based computers as well as the Nintendo Entertainment System.

Conceived in 1985 by Ron Gilbert and Gary Winnick when assigned by Lucasfilm Games to create an original game. Gilbert and Winnick both enjoyed low budget horror movies and decided to make a comedy-horror game set in a haunted mansion. They co-wrote and co-designed the game with Gilbert handling programming and Winnick creating the visuals.

The game follows David Miller, a teenager in search for his lost girlfriend Sandy Pantz. David believes he saw Dr. Fred Edison abduct Sandy and sets out to save her, with help from his high school friends. The Edison mansion on the edge of town has always been spooky and was infamous among the high school students in the community for the strange activities that took place on and around its property. Rumors of strange experiments taking place within the mansion, odd creatures spotted on the property and stories of a meteor that crashed near the house over 20 years ago.

The game starts by having the player select two students to accompany David to the Edison mansion and assist on his quest to save his kidnapped girlfriend. Players are given the ability to select two teenagers from a group of six friends. Featuring a nerd (Bernard), a punk rocker (Razor), an aspiring novelist (Wendy), a surfer (Jeff), a new wave musician (Syd) and a photographer (Michael), the games storyline is slightly altered by the selection of different characters, providing a unique experience for the player on each playthrough.

Utilizing a similar game mechanic of other early computer-based adventure games but without the standard command-line interface most actions are carried out by selecting verbs on the screen and applying them to an object such as “Open” door. Gilbert and Winnick wanted to retain the structure of a text-based adventure game but were frustrated with the genre’s text parsers. While creating the custom developed game engine required for the game Gilbert programmed a point and click graphical user interface that displayed every possible command on screen.

After Gilbert completed the game engine it would become known as SCUMM “Script Creation Utility for Maniac Mansion” and would be used by Lucasfilm Games for eleven future titles. With each character having their own unique personality and abilities resulted in puzzles having to be solved differently depending on which character the player had selected. If any of the teenagers are captured by the Edison family, they are thrown into a dungeon and must be rescued by one of the other teenagers that have not been captured.

Two separate versions of the game were developed for Nintendo home consoles. The first was a port published by Jaleco for the Famicom in Japan. Released on June 23, 1988 with a different art style then the original computer version, the game was missing many of the background details and lacked the ability to save progress instead the developer implemented a password feature that was over one hundred characters long. 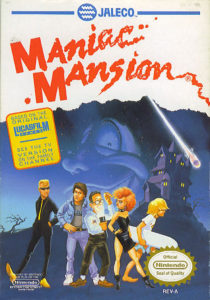 In September 1990, Jaleco published a Nintendo Entertainment System version of the game that was developed by Lucasfilm Games and Realtime Associates that was much closer in nature to the original computer version. Jaleco hired Realtime Associates to provide the music for the game, which no previous version of Maniac Mansion had featured. Realtime Associates brought George Sanger and his band, along with David Hayes to compose the score. Their goal was to create songs that suited each character, such as punk rock theme for Razor, an electronic rock theme for Bernard and a version of Thin Lizzy’s “The Boys Are Back In Town” for David Miller.

The game was critically acclaimed upon release and a commercial success. It influenced a number of graphic adventure titles and its point-and-click interface became a standard feature in the genre going forward. The game’s success solidified Lucasfilm as a serious rival to adventure game studios such as Sierra On-Line. In 1990, Maniac Mansion was adapted into a three-season television series of the same name, written by Eugene Levy and starring Joe Flaherty. A sequel to the game, Day of the Tentacle, was released in 1993. 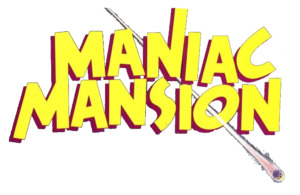 Pushing Up Roses is a YouTube Channel that provides a unique perspective on everything from television shows, movies to video games. 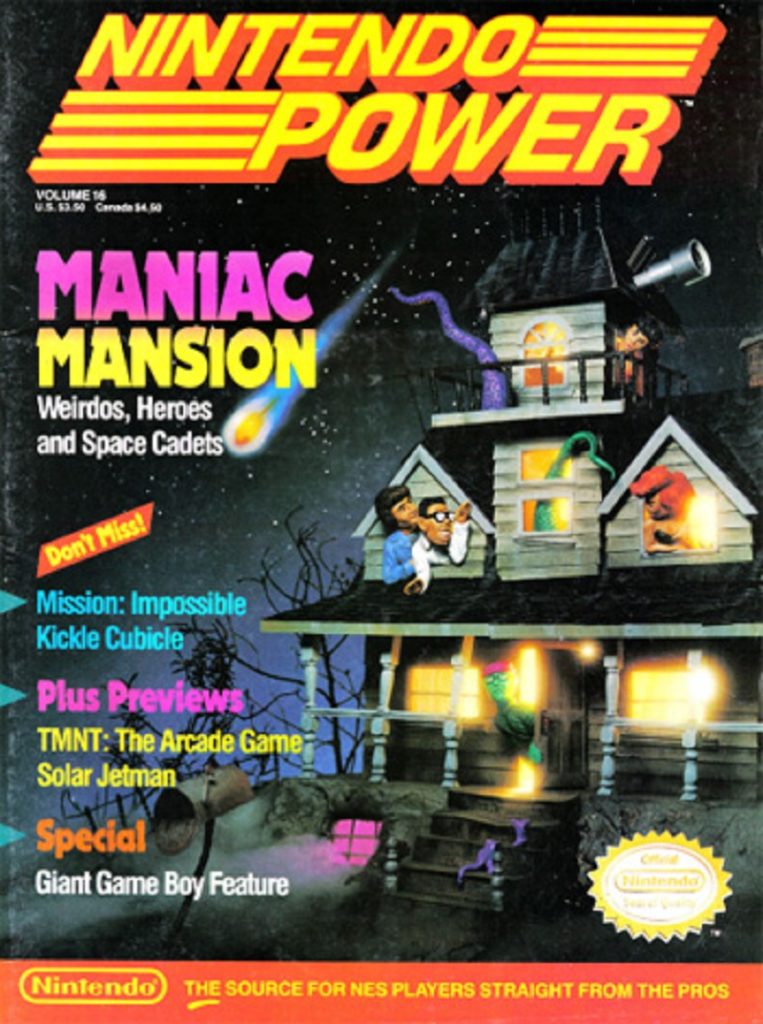