Magic Darts is a sports games developed by Seta Corporation and published by Romstar for the Nintendo Entertainment System.  The game first released in Japan on April 26, 1991 for the Famicom and was published by Seta Corporation.   Romstar handled the North American release in September 1991 when the game was released for the Nintendo Entertainment System.

The game allows up to four players to compete against each other.  Players 1 and 3 would take turns sharing controller 1 while Players 2 and 4 would share controller 2.   This allowed for the game to be played up to four players without the need of the NES Four Score, a multitap accessory which allowed four controllers to be connected to the Nintendo Entertainment System.

Players have the option to select from three different dart weights, light, medium and heavy which slightly affects how the dart reacts when it is thrown.   Twelve different characters are made available to select from with a thirteenth character that can be unlocked by hitting a fly with a dart after it lands on the dart board.   The hidden character can also be unlocked by using a code in the player select menu.

Seta Corporate incorporated six different variation of dart games to choose from.  Players could select from 301, 501, 701, Count Up, Round the Clock and Half it.   The games 301, 501 and 701 have the same rules but allow for longer game duration.  In these versions of darts players begin with either 301, 501 or 701 points depending on which game was selected.  Players would take turns throwing darts at the board with the score of each dart being deducted from the player’s score.  The first player to reach 0 wins, players must reach zero exactly to win as game has a bust rule.  If a player scores below zero, then the bust rule goes into affect and their score is reverted back to what it was before their last throw.

In the game “Count Up” each player gets eight sets of darts and compete to see who can reach the highest score over eight rounds.  The game “Round the Clock” players must hit numbers one through ten on the dart board.  The first player to hit all numbers in the sequence wins.  The last available game, “Half it” start players with 40 points.  Players have three chances to hit the assigned numbers to add to their own score.   If the player is unable to hit all assigned numbers, their point total will be cut in half.  The player with the highest score after three rounds wins. 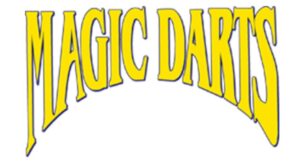