Skip to content
Home » Games » Link: The Faces of Evil

Link: The Faces of Evil

Link: The Faces of Evil is an action-adventure based platforming video game for the Philips CD-i.  Designed by Animation Magic and published by Philips Interactive Media the game has no affiliation with Nintendo and is not officially considered part of The Legend of Zelda series.

The existence of the game was made possible when Philips secured the rights to use Nintendo characters in games developed for their CD-i console.  These negotiations were made when Nintendo was looking to partner with another technology company to assist with the creation of a disc-based add-on for the Super Nintendo after their original relationship with Sony dissolved.

Nintendo was displeased with how Sony was handling the software licensing agreement portion of their agreement along with the proposed branding on the hardware and system start-up.  Nintendo felt like they were being pushed into the background from a branding perspective with Sony in the forefront.  When Nintendo shockingly ended the relationship with Sony, they decided to partner with Philips to continue with their plan to release a CD-ROM add-on for the Super Nintendo.   Ultimately after working with Philips on the add-on Nintendo decided to scrap the project to focus on creating a next generation console instead of an add-on for their current gen system.

The relationship with Philips was terminated but in a much more amicable fashion then when Nintendo ended the relationship with Sony.  The contract Nintendo entered with Philips included the right to feature Nintendo’s characters in several games for Philips’ CD-i multimedia device.   Even though Nintendo decided to terminate the portion of the agreement in which Philips was developing a CD based add-on for the Super Nintendo the agreement to allow Philips to utilize some of Nintendo’s intellectual properties remained intact. 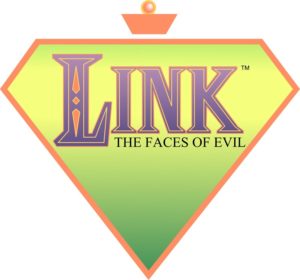 With the budgetary and time restrictions given to Animation Magic they decided to develop both games at the same time to save on cost and shorten development time by creating one game engine for both games.  The same development team, animators, voice actors, etc. were all used to create both games in parallel.  Combining the projects would allow them to utilize a total budget of $1.2 million more efficiently.

Both titles where written by Jonathan Merritt with no input from Nintendo, neither game are canon to the Zelda franchise and are considered separate from the Nintendo developed and produced series.  Link: The Faces of Evil follows the traditional plot found in other The Legend of Zelda games developed by Nintendo were players take control of Link on an adventure to save princess Zelda

The gameplay is modelled more closely to Nintendo’s Zelda II: The Adventure of Link, as the game is designed from a side scrolling perspective opposed to the top down perspective found in the original Legend of Zelda or Link to the Past.  The game is best known for its quirky full motion video cutscenes and voice acting.   Full motion video and voice acting was new at the time and not widely available making it a novel feature however it did not make up for the game’s poor gameplay.

CD-i players did not sell well and had a very small install base resulting in the game not being made available too many people to experience at the time.   On October 10, 1993 both Link: The Faces of Evil and Zelda: The Wand of Gamelon launched to negative reviews.  The game has drawn a lot of interest over the years due to the fact that it uses one of Nintendo’s most popular IPs without any involvement from Nintendo, the oddity of the cutscenes and for its limited availability.  These elements give the game a mystique feel making it a popular topic of interest with gamers.  Philips would end up publishing a third Zelda based game for the CD-I entitled Zelda’s Adventure in 1994 which was developed by Viridis Corporation. 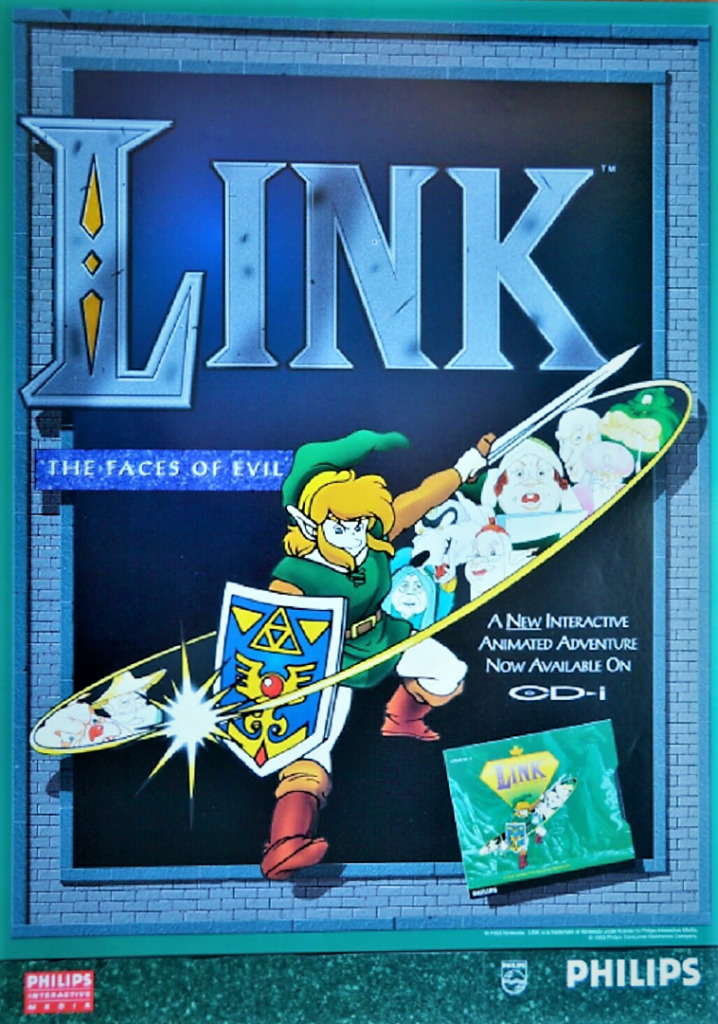 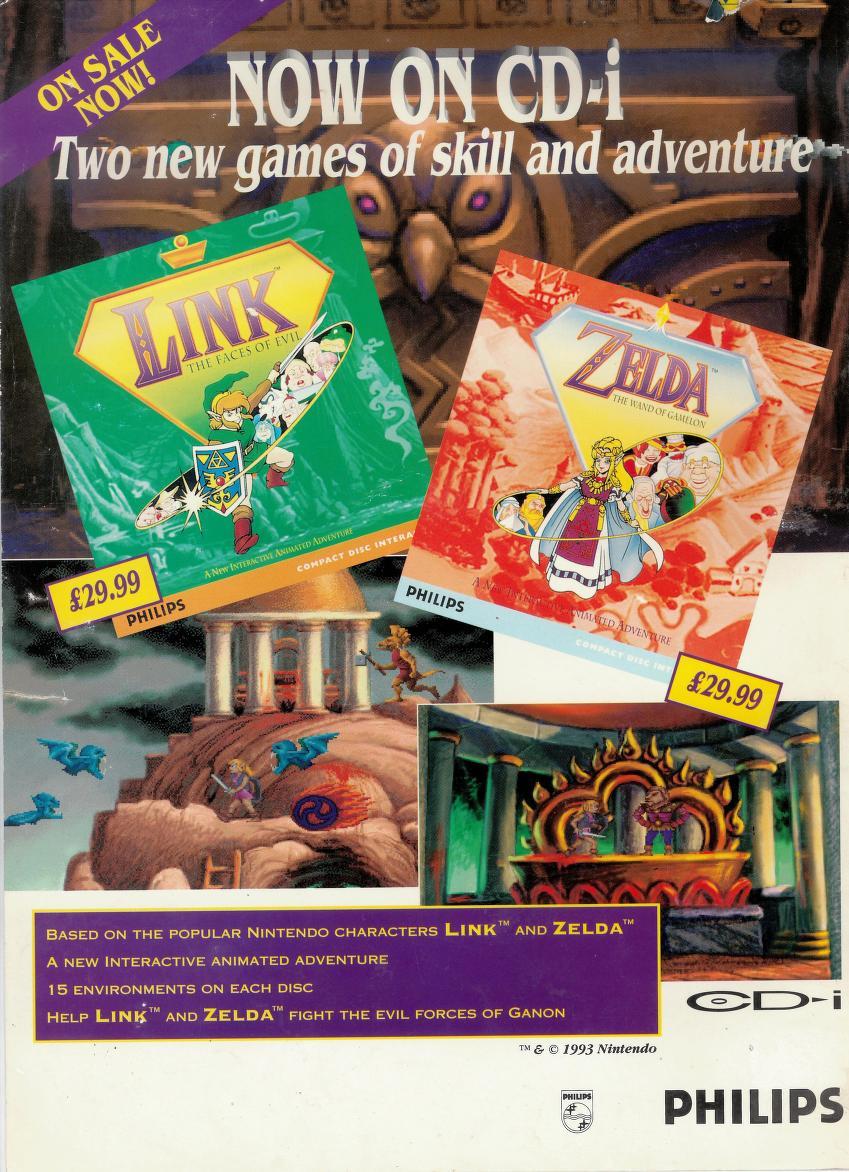 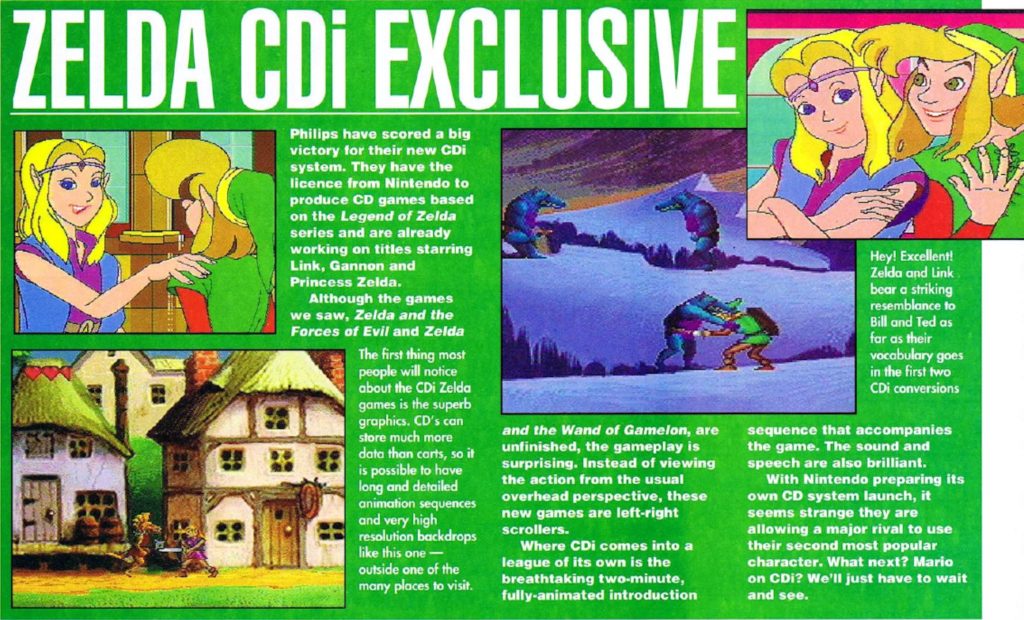