The story continues to follow the life of Larry Laffer picking up where the original game, Land of the Lounge Lizards left off.  During the opening sequences of the game Larry is found mowing the lawn of Eve, his sexual encounter from the end of Land of the Lounge Lizards.  The opening scene suggest that the couple remained together after the last game however that is not the case.   Eve pulls into the driveway with only the vaguest recollection of who Larry is.  Larry realizes that his night with Eve was merely a one-night stand for her and that she did not feel the same way he did.

Players take control of Larry after his realization and the game begins with Larry leaving Eve’s property in search to find someone who will share his desire to find love.  Larry is left broke without a place to stay in the middle of Los Angeles and must find away to get back on his feet.  Wandering off to explore the city Larry takes his chances on playing the lottery after coming across a near by store.  Larry purchases the lottery ticket with his last dollar then visits a near by television studio which host the Lucky Life lottery show. 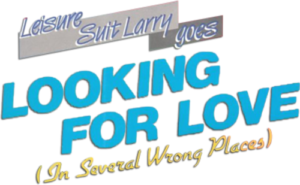 The receptionist informs Larry that he has a winning ticket which gives him a chance to win a million dollars on the Lucky Life television show.  She shows Larry to a shared waiting area for the television shows that are filmed in the studio.  An employee of the dating show that is filmed in the studio confuses Larry for a contestant that did not show up for the taping.  Larry attends the taping and participates in the dating game show only to win a free vacation.   After winning the free vacation Larry returns to the waiting room to wait for his chance to play Lucky Life.  After a few minutes an employee of the Lucky life show gets Larry as the show is about to begin.   Larry spins the Lucky Life wheel to determine his prize and wins the jackpot, a million dollars a year for life.

While Larry prepares for the cruise vacation he won, a microfilm falls into his hands by mistake.  This attracts the attention of the KGB as well as the mad scientist Dr. Nonookie who both want to recover the film.  The story progresses as Larry searches for a companion and the KGB and Dr. Nonookee look to retrieve the microfilm from Larry. 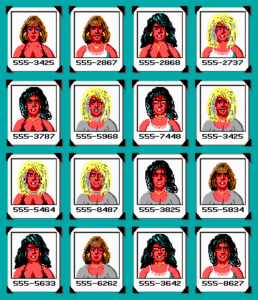 The narrative remains to be adult oriented however Sierra chose to tone down Larry’s sexual escapades due to receiving some criticism after the release of Leisure Suit Larry in the Land of the Lounge Lizards the year prior.  For this reason, the game did not include an age-verification test to begin the game like Land of the Lounge Lizards.  Instead due to the lack of disk-based protection schemes, the game includes a copy protection mechanism.  Because of how easy it was for consumers to be able to copy disk-based media the game includes pictures of different looking women in the games manual with their phone number listed under their picture.  Players would be presented with a picture of a woman on-screen during the start up of the game which they would have to match the corresponding picture found in the game’s manual to find the woman’s phone number.   After obtaining the phone number by matching the woman’s picture the player would enter it into the game to proceed with the start of the game.  If the wrong phone number was entered the game would not start.

Some of the earlier versions of the game included an undocumented way to skip the copy write protection screen and to activate a cheat mode.   This was done by entering 0724 as the phone number, which was Al Lowe’s birthday, July 24th.  Lowe incorporated this into the game while testing so he would not need to enter the copy protection codes whenever he restarted the game.

The sequel provided to be successful selling over 250,000 copies, making it an easy decision for Sierra On-Line to allow Al Lowe to continue expanding upon the franchise with additional sequels.  Lowe immediately began working on the third installment in the series and in 1989 released Leisure Suit Larry III: Passionate Patti in Pursuit of the Pulsating Pectorals. 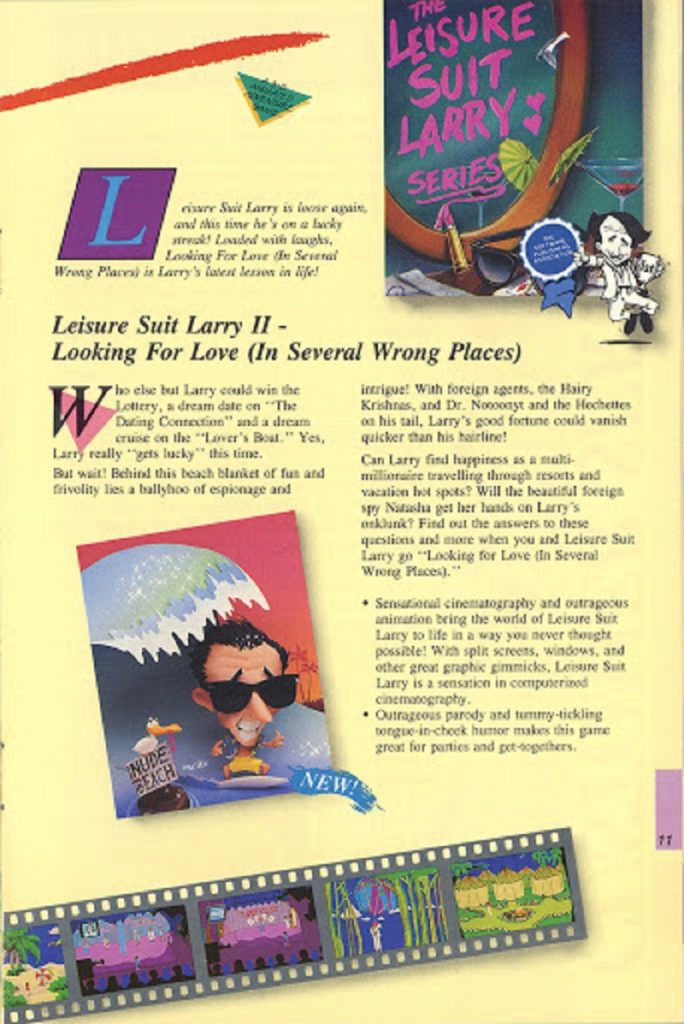