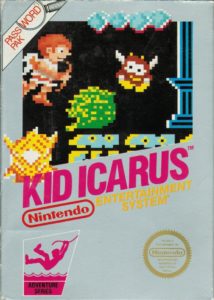 Kid Icarus is an action platforming video game for the Nintendo Entertainment System and Famicom Disk System developed by Nintendo R&D1 and TOSE, who assisted with additional programming. First released in Japan in December 1986 as Light Mythology: Palutena’s Mirror, the game was developed for the Family Computer Disk System opposed to the Family Computer due to the disk base media allowing for three times the storage capacity and the ability to store player’s progress.

Palutena, the goddess of light bestowed the people with light providing the gift of life while Medusa, the goddess of darkness hated the humans, dried up their crops and turned them to stone. Enraged by this, Palutena transformed Medusa into a monster and banished her to the Underworld. Out of revenge, Medusa conspired with the monsters of the Underworld to take over Palutena’s residence the Palace in the Sky. Medusa launched a surprise attack, and stole the three sacred treasures, the Mirror Shield, the Light Arrows and the Wings of Pegasus which deprived Palutena’s army of its power. After her soldiers had been turned to stone by Medusa, Palutena was defeated in battle and imprisoned deep inside the Palace in the Sky.

With her last power, she sent a bow and arrow to the young angel Pit. He escaped from his prison in the Underworld and sets out to save Palutena and Angel Land. Players take control of the protagonist Pit, in a quest for three sacred treasures. Pit must use the treasures to rescue Angel Land and its ruler, the goddess Palutena.

The game was localized for release in the west on the Nintendo Entertainment System in February 1987 throughout Europe and July 1987 in North America. Unlike the Famicom Disk System version of the game, the Nintendo Entertainment System version was unable to save player’s progress, due to this R&D1 developed and implemented a password system for the cartridge-based media.

The game was very successful upon release despite its mixed critical reception, selling over 1.76 million copies. The game was praised upon release for its music and mixture of gameplay elements from different genres, however was criticized for its high difficulty level. 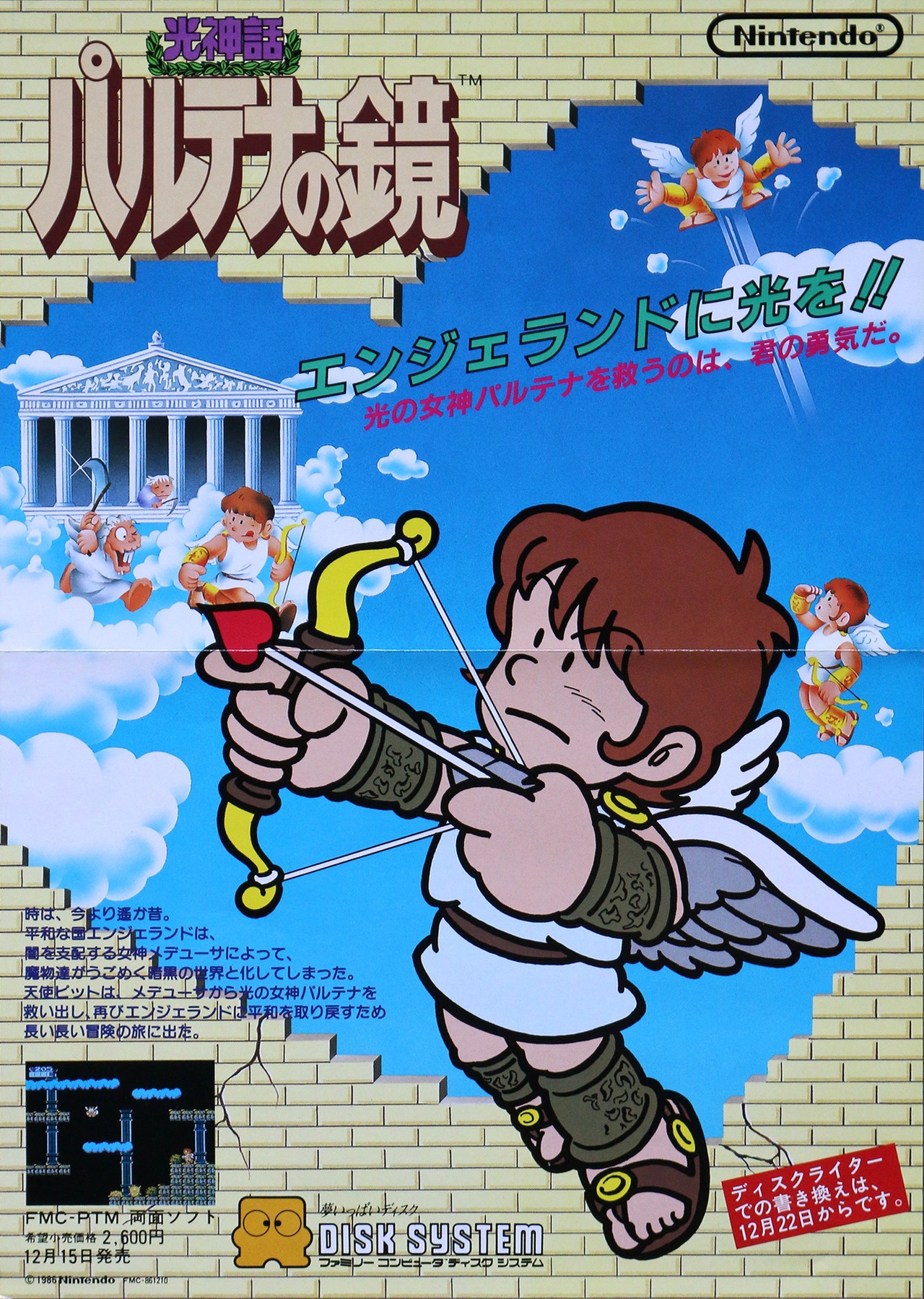