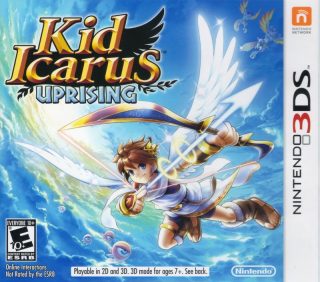 Kid Icarus: Uprising is a third-person shooter video game developed by Project Sora and Sora Ltd for the Nintendo 3DS and published by Nintendo.  Released in 2012 the game is the third installment in the Kid Icarus series following the 1991 release of Kid Icarus: Of Myths and Monsters for the Game Boy.

Based off Greek mythology, players take the role of the main protagonist “Pit”, an angel that serves the Goddess of Light, Palutena.  When the Goddess of Darkness Medusa returns to destroy humanity, Pit is tasked with stopping her.  As the game progresses Pit must face the forces of Hades, Lord of the Underworld, the source behind Medusa’s return.

Development of the game began in 2009 after Satoru Iwata, President of Nintendo asked Masahiro Sakurai to create a launch title for their new handheld console that was in development, the 3DS.  Sakurai was the first person outside of Nintendo to be informed of the upcoming console that was still in the early stages of development.   This made it challenging to develop a launch title as the team lacked access to the hardware during the early stages of the game’s development.  The team also faced other difficulties with the balance between the power of the hardware and the many elements that they had incorporated into the game as well as character control.

Sakurai had full control over the project and was only asked by Iwata to create a launch game for the upcoming console.  Sakurai’s original conception for the game was for it to be a third-person shooter, a genre unpopular in Japan at the time yet seemed suitable for the planned 3D effects of the new console’s hardware.  The concept began as an original title with no intentions to use the Kid Icarus franchise, however in later discussions with Iwata, Sakurai decided to use an existing Nintendo IP as the game’s basis.  This decision was inspired by the feedback Sakurai received from fans of Super Smash Bros. Brawl that many members of its character roster had not been in an original game for years. 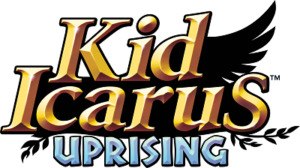 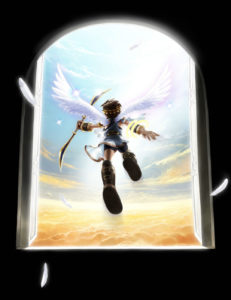 After receiving Iwata’s blessing to utilize a Nintendo IP for the game, Sakurai ran through the possible franchises that had the potential to fit the gameplay concept of a third-person shooter that took place in both the air and on land.  Sakurai narrowed down the selection to two franchises, Star Fox and Kid Icarus.   After further consideration he felt that there were some restrictions with implementing the planned gameplay features using the Star Fox setting.   This made Kid Icarus the clear choice and supported the feedback received from Smash Bros. fans where Sakurai could revive a franchise that had been dormant for quite some time.

Sakurai took it upon himself to create the game’s story and wrote the entire script himself as he felt that the plot of existing video games did not have a good balance between gameplay and the storyline.  To this end, he became obsessed with striking that balance with Uprising by writing a story that meshed with the flow and style of the game.  The characters’ roles and personalities were shaped by their roles in the game and the game structure itself.  The gameplay came first, and the story was tailored to it opposed to the other way around.

Uprising retained the first game’s Greek mythic influences but the mythology itself did not have any influence over the game’s storyline.  Sakurai wanted to make sure that the game’s Greek influence did not stray in the same direction as the God of War series.  Sakurai avoided portraying a simple good versus evil plot for the game’s main story.  Instead the characters in the story had clashing views rather than openly malicious intentions.  The overlapping conflicts created an escalating level of chaos for players to experience.  Rather than relying on stand-alone cutscenes, the majority of story’s dialogue was incorporated into gameplay with events after Chapter 6 kept secret during the run-up to release so players would be taken by surprise by what they experienced.

Upon release the game was praised by critics for its story, graphics, music and gameplay but was frequently criticized for its control scheme.   The 3DS lacked dual analog sticks which was perceived by many to be the ideal control scheme for the game.  Despite the control scheme criticism, the game was quite successful selling over 1.34 million units worldwide. 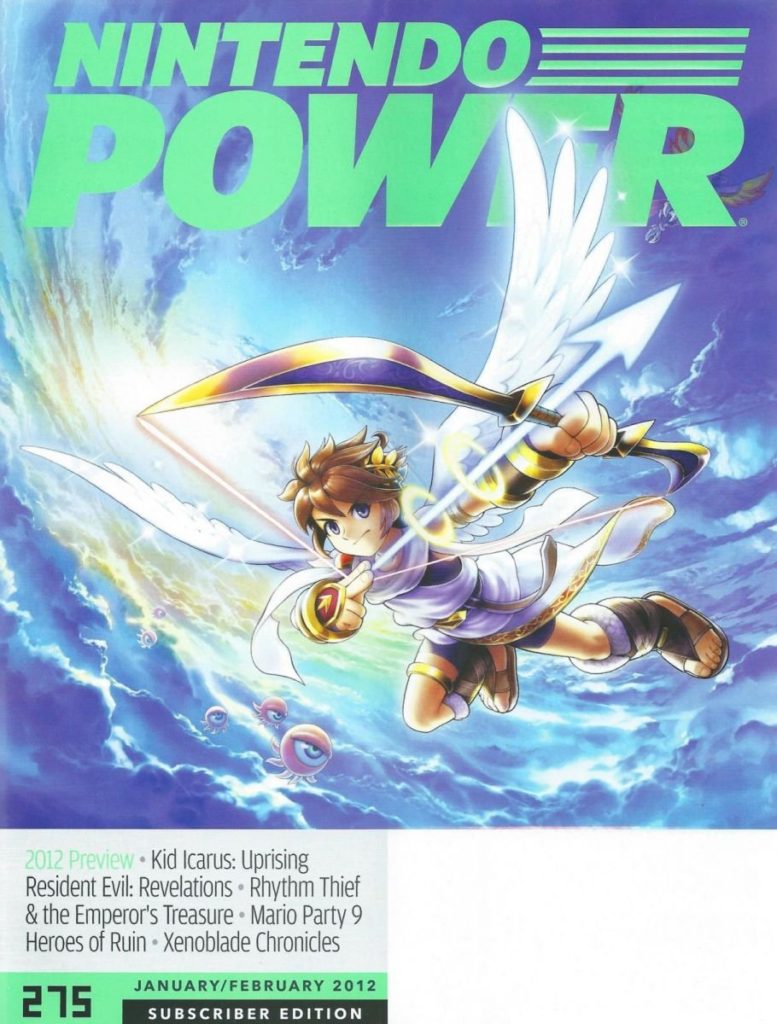