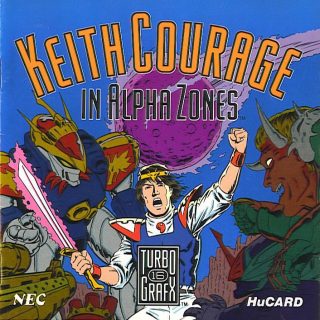 Keith Courage in Alpha Zone is a science fantasy action platformer developed by Advance Communication Company and published by NEC for the TurboGrafx-16.  The game originally released in Japan as Mashin Eiyūden Wataru in 1988 for the PC Engine and was an adaptation of the anime television series of the same name, Spirit Hero Wataru.

The Japanese version of the game is a licensed title based on an anime series created by Sunrise and followed the storyline of the television series.  When NEC decided to release the game in North America the title was renamed to Keith Courage in Alpha Zone and a new plot was written for the port.  In the North American release of the game players take on the role of Keith Courage, a member of N.I.C.E., Nations for International Citizens of Earth, in a fight against the aliens of B.A.D., Beastly Alien Dudes, who are trying to take over Earth.

NEC released the TurboGrafx-16 in North America two weeks after Sega launched the Genesis and Sega quickly eclipsed NEC upon their debut.  Sega chose to bundle their system with the hit arcade title “Altered Beast” which placed pressure on NEC to do the same.   NEC made the decision to bundle “Keith Courage in Alpha Zones” with the TurboGrafx-16 however it failed to find the same success as Altered Beast did for Sega.  Even though the port of the game featured a new plot the game was ultimately designed with a Japanese audience in mind.  The game did not appeal to the North American market at the time unlike the well received Sega Genesis title that was catered for the western market.

The game features two different style of stages, an overworld and an underworld.  In the overworld stages, players control Keith Courage who is armed with a sword and three heart containers while in the underworld stages the character is placed in the Nova Suit, a mech suit which provides players with additional health and a more powerful sword.  There are seven zones in the game made up of an overworld and underworld section.  Players must make their way through all seven zones in order to face the final boss and complete the game.

When the game released in 1989 as the TurboGrafx-16’s pack-in title, it included an eight-page mini comic book to provide players with details of the game’s storyline.  Since the original release for the PC Engine was based on a Japanese anime called “Spirit Hero Wataru”, the franchise was not known in North America and NEC felt that the storyline needed to be adapted for a western audience.  The featured comic book allowed NEC to set the stage for the game without having to modify the programming of the game to provide the additional backstory.

The game never received much attention as it was universally seen as a mediocre platformer at the time of its release.  It is best known for being bundled with the TurboGrafx-16 console when the system launched in North America. 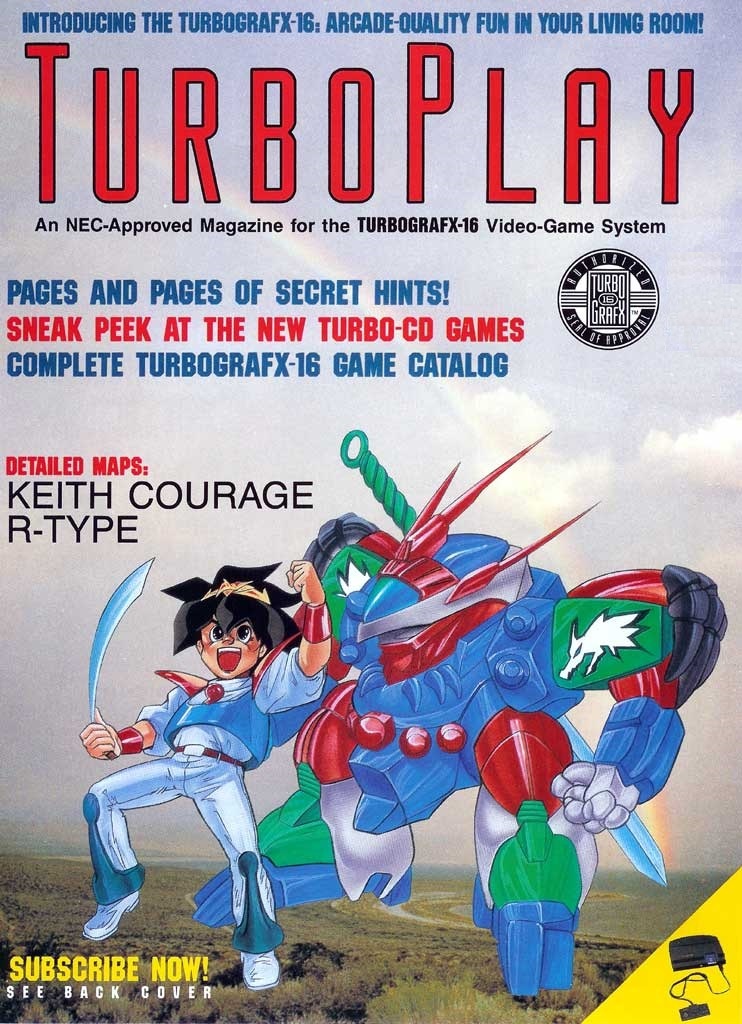