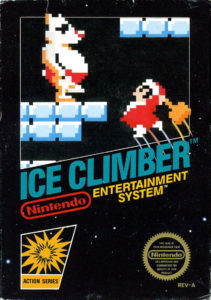 Ice Climber is a vertical platforming video game developed by Nintendo R&D1 and published by Nintendo for the Family Computer and Nintendo Entertainment System. Nintendo developed an adaptation of the game for the arcade as part of their Vs. series known as Vs. Ice Climber. The arcade version differs slightly from the home console version by the addition of an animated title screen, a stage select menu, 16 additional mountains and incorporating occasional blizzard and wind effects.

Players take control of characters Popo and Nana in an effort to scale 32 ice-covered mountains to retrieve stolen vegetables from a giant condor. Each mountain has eight defined levels that players must scale in order to complete the stage. Atop of the eighth level is a bonus stage where players are provided 40 seconds to collect vegetables, climb to the top of the bonus section and grab onto the condor for bonus points. After the bonus round is completed the player will advance to the next, more difficult level.

The game was released as one of 18 launch titles for the Nintendo Entertainment System in North America. Japan received a release on the Family Computer in 1985 and a port of the Arcade version with the additional features was released for the Famicom Disk System in 1988. While the game was quite popular in the mid 1980s it is more well know today by Popo and Nana inclusion in the Super Smash Bros. series. 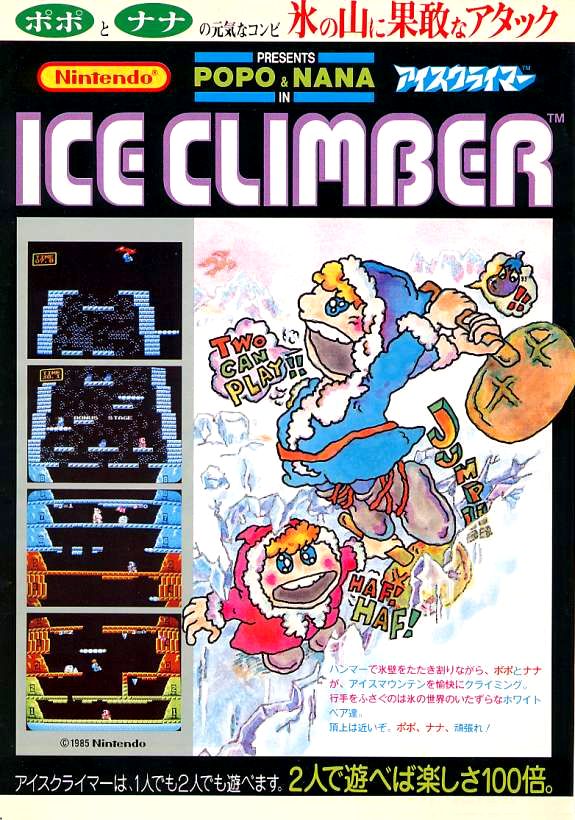