Hang-On is a motorcycle racing game developed by Studio 128 and published by Sega.  Initially developed and released for arcades the game places players in control of a motorcycle in a race against time and other computer-controlled motorcycles.  The game was later ported to the Sega Master System and was one of the major launch titles for the system.

The concept for the game originated when Yu Suzuki was asked by a colleague to design an arcade game that would utilize a torsion bar, a bar that resists twisting and has a strong tendency to return to its original position when twisted.  Suzuki was a fan of motorbike racing and believed that a racing game would be a good fit to implement a torsion bar.  Suzuki was a fan of off-road racing such as Motocross and Enduro however Sega’s market research concluded that road-based Grand Prix racing was more popular worldwide.

The results of Sega’s market research influenced the design style of the game and Suzuki began researching Grand Prix motorcycle racing.  Admiring the riding style of Freddie Spencer, Suzuki designed Hang-On as a homage to his riding style and how he loved the way he hung on to his bike while taking corners.  The title of the game was based on the racing technique were racers have to “hang on” to their motorcycle while leaning into sharp turns.  Suzuki read about the technique in a Japanese bike magazine and later found out that the maneuver was actually called “hang off” in North America however still chose to use the term hang on for the game.

Two arcade cabinets were designed, an upright cabinet with handlebars and a deluxe cabinet which featured a full replica of a motorcycle which riders would tilt to control the movement of the onscreen bike.  Ultimately the torsion bar proved to be too difficult to implement in the final design of the arcade cabinet and springs were used instead to simplify the design.  The development team utilized the Super Scaler arcade system board to simulate 3D effects and achieve the game’s 16-bit graphics.

The game was very popular when it released in arcades especially the deluxe model which introduced motion controls into the cabinet which tracked player’s body movement while they maneuvered the replica motorcycle cabinet.  The popularity of the deluxe model inspired Sega to create a line of “Taikan” games, a Japanese term that was coined by Sega during the 1980s to describe their experience based deluxe cabinets.  The sheer success of the arcade hit made it extremely difficult for Sega to keep up with demand and ended up spawning several sequels. 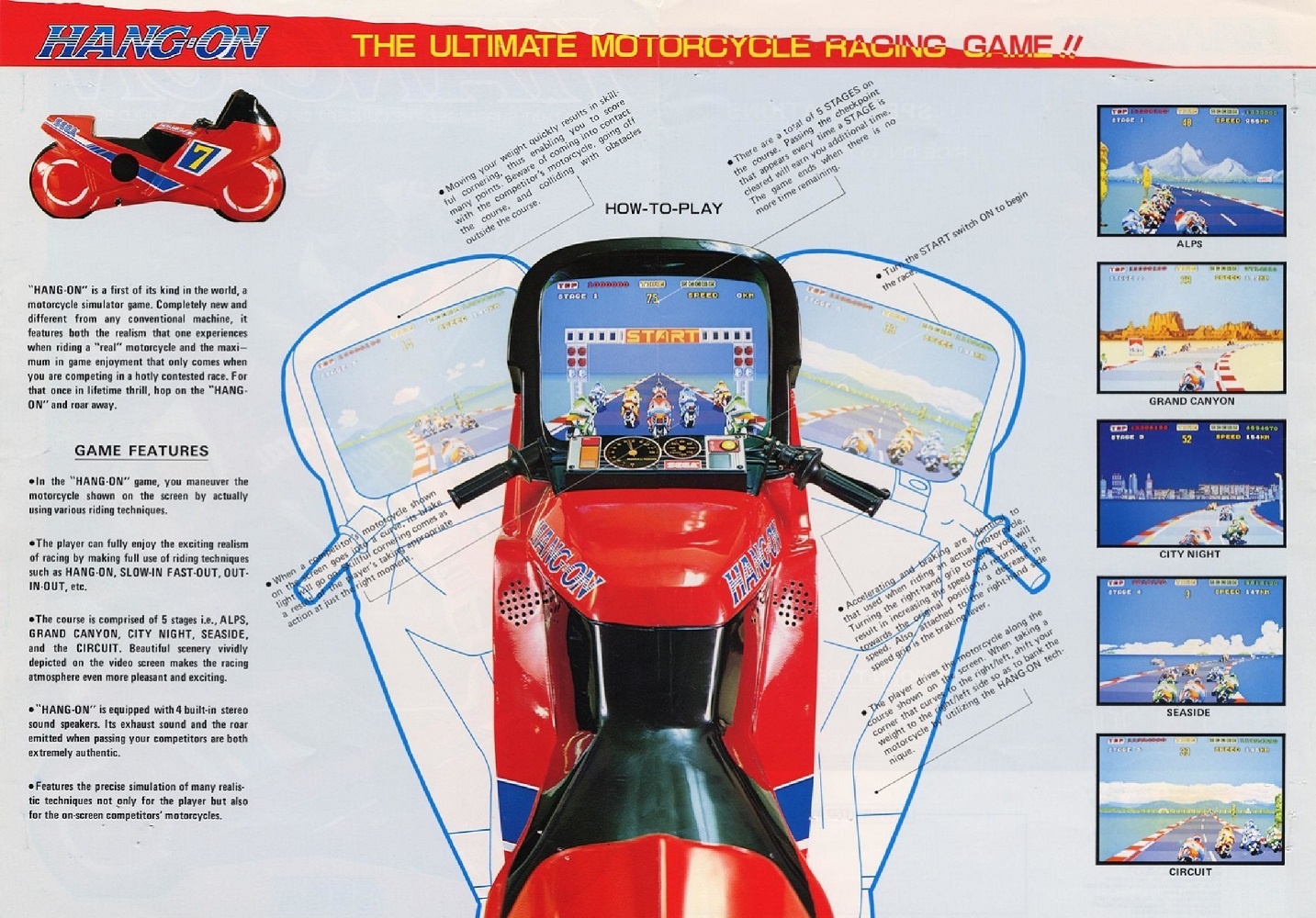