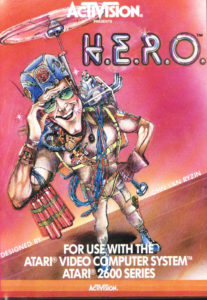 H.E.R.O. is an action video game developed and published by Activision for the Atari 2600 in March 1984. The acronym stands for Helicopter Emergency Rescue Operation, which also describes the plot of the game.

Gamers assume the role of Roderick Hero, sometimes referred to as R. Hero on a rescue mission. Miners working in Mount Leone are trapped, and it is up to R. Hero to rescue them using his backpack mounted helicopter unit. This allows him to hover and fly through the air to reach the trapped minors. Along with his backpack mounted helicopter, he is also equipped with a helmet mounted laser and a limited supply of dynamite.

Each level consists of a maze of mine shafts that players must navigate in order to reach the trapped miners. The backpack only has a limited amount of power giving players a time limit on how long they can take to rescue the miners. Mine shafts may be blocked by cave-ins or magma, which can be cleared with the use of dynamite. The helmet mounted laser also has the ability to destroy cave-ins but much slower than the dynamite.

The game was very successful for Activision resulting in the game being ported to the Atari 5200 and ColecoVision later the same year. Along with the home console ports, Activision also ported the game to many of the popular home computers at the time such as the Apple II, Commodore 64, MSX and ZX Spectrum. 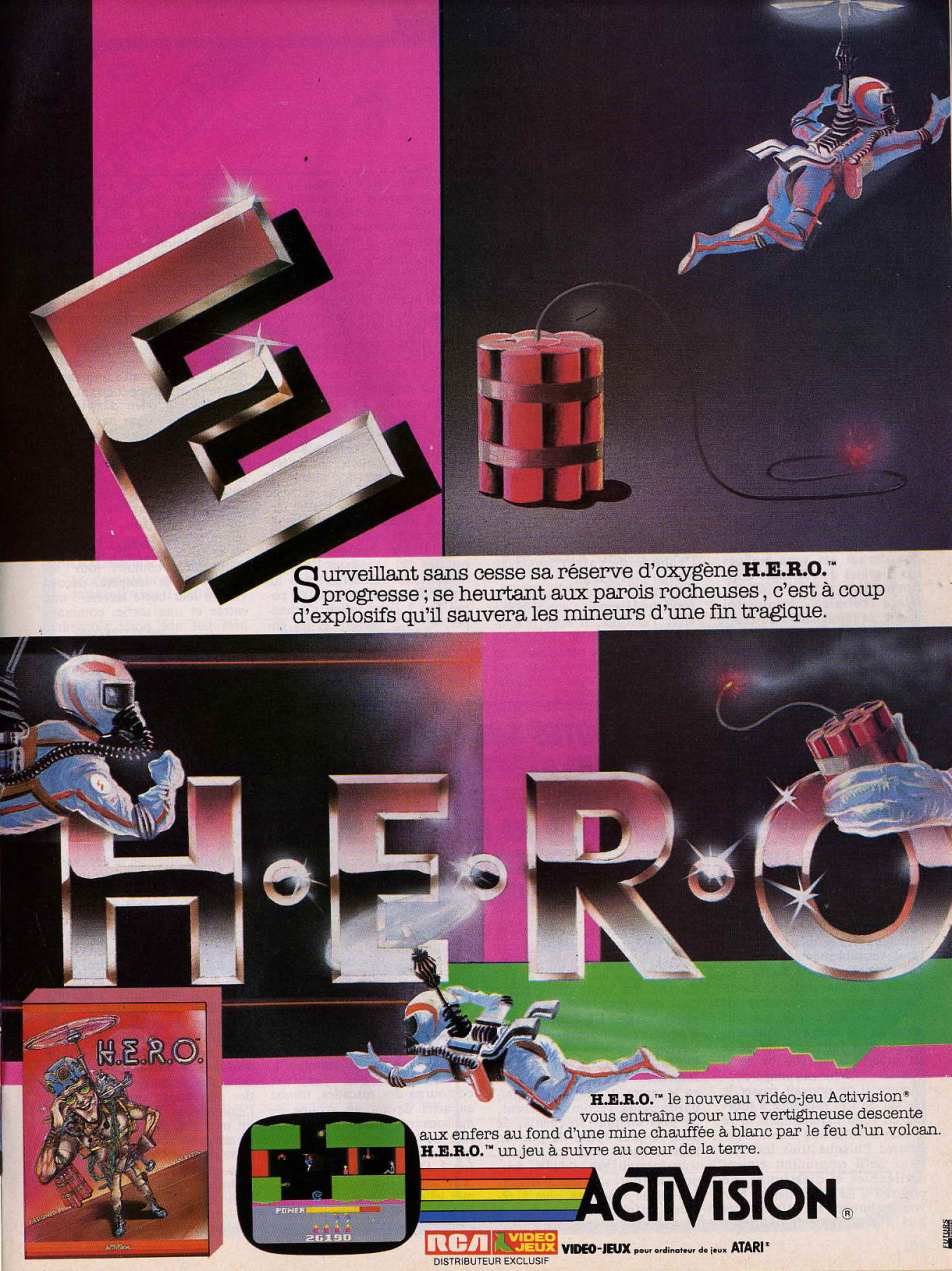