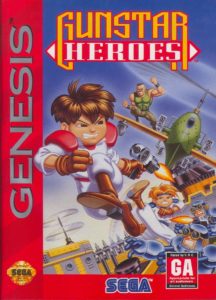 Gunstar Heroes is a run and gun video game developed by Treasure and published by Sega in 1993 for the Sega Genesis / Mega Drive. Development of the game began in 1991 by staff at Konami however the company did not see the potential in the concept of the game. Konami’s unwillingness to embrace their staff’s original ideas lead to a group of individuals leaving in 1992 to form their own company, Treasure.

The newly formed team partnered with Sega to develop a promotional title for McDonald’s for the Sega Genesis / Mega Drive. While working on the title, McDonald’s Treasure Land Adventure the team at Treasure pitched the idea for Gunstar Heroes to the Sega executives in an effort to gain support for the game. Sega initially rejected their proposal, but later granted approval after working with Treasure for several months on the McDonald’s title. Treasure developed both games in parallel with Gunstar Heroes launching first, it was Treasure’s debut game and was a huge success for the newly founded company.

The game is centered around a pair of characters known as the Gunstars, in their effort to stop an evil empire from recovering four powerful gems. Played in either single-player mode or co-op, players take control of Gunstar Red and Gunstar Blue as they battle with an evil empire for control over the set of powerful gems. Armed with four different weapons, a homing shot, lightning blaster, flamethrower and machine gun, all of which can be combined to provide a unique shooting style resulted in a game like no other on Sega’s platform.

Gunstar Heroes was a critical success, being praised for its frantic action and advanced graphics. It helped establish Treasure’s place in the industry and even though the game was under ordered by Sega resulting in only mediocre sales, in retrospect it is considered one of the best action games of the 16-bit era. 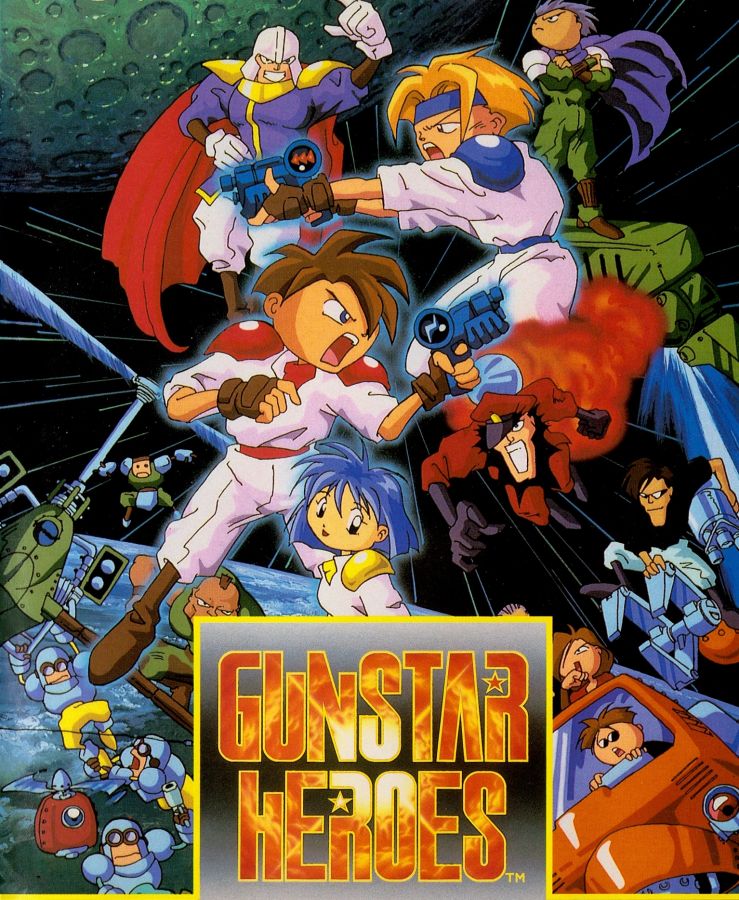