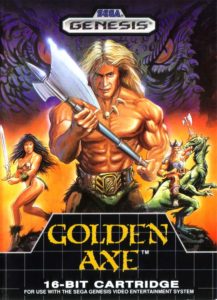 Golden Axe is a beat ‘em up arcade video game developed by Sega R&D1 and published by Sega in 1989 for the System 16-B arcade hardware. It was the first game in the Golden Axe series and was quickly ported to the Sega Genesis by Sega’s R&D2 team. Sega wanted to boost sales for their new home console and strengthen their market share in order to get a head start in the 16-bit home console race over Nintendo.

The game was designed by Makoto Uchida who was also responsible for the creation of Altered Beast. Uchida wanted to create a game similar in gameplay to Double Dragon and was very fond of action movies, particularly the Conan films. Influenced by the Conan movies and inspired by studying the world of magic and swords from admiring Dragon Quest, combined with the gameplay of Double Dragon the concept of Golden Axe was born.

The game takes place in the fictional land of Yuria, in which an evil entity known as Death Adder has kidnapped Yuria’s King and his daughter, holding them captive in his castle. Death Adder has also stolen the “Golden Axe”, a magical emblem of Yuria, and is threatening to destroy it if the people of the land do not accept him as their ruler. It is up to a band of three heroes, Ax Battler, Tyris Flare and Gilius Thunderhead to venture to Death Adder’s castle and stop him, rescuing the captives, avenge their losses and save the land. 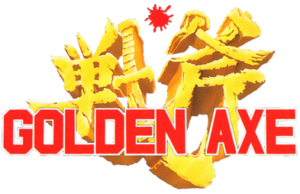 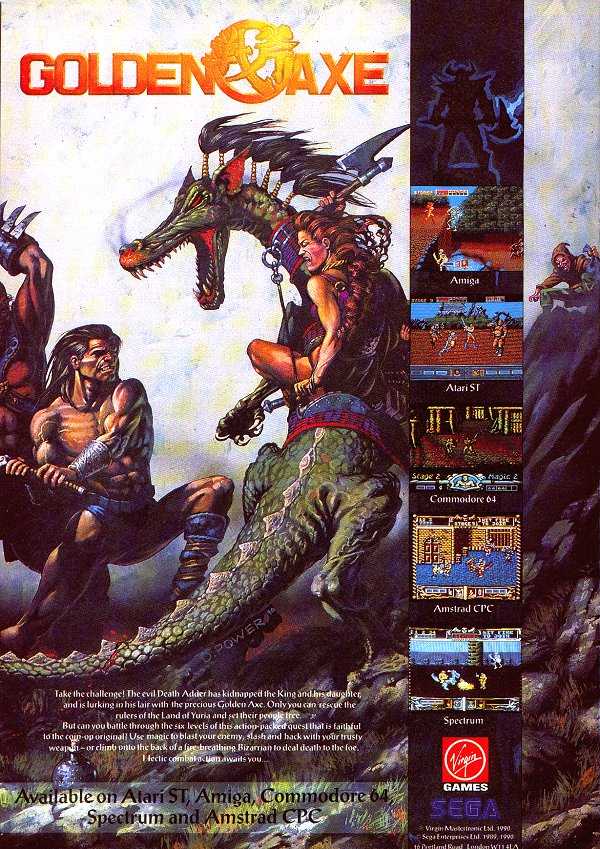