Ghostbusters is an action-adventure video game developed and published by Activision that was based on the feature filmed of the same name.  The game was originally designed for home computers and would later be ported to home consoles.

David Crane designed the game for the Commodore 64, which was the primary target platform for the game.  The Commodore 64 version of the game would act as the foundation for all home computer and video game consoles adaptations.  Released a few months after the theatrical release of the movie in 1984 the game loosely follows the movie’s storyline.

Shortly after the movie released in theatres Activision President Gregory Fischbach was approached by John Dolgen, VP of Business Development at Columbia Pictures with an offer for Activision to secure the video game licensing rights for the feature film.  Dolgen did not have any specific rules or request for Activision to follow in regards to the design of the video game, his only stipulation was that a game be finished as quickly as possible in order to be released while the movie was at its peak popularity.

Activision decided it was in their best interest to accept Dolgen’s offer, however this left the development team in a bind.  The development team were tasked with creating a game from the ground up in six weeks in contrast to their typical several months of development time for a game.  At the time Activision was working on a driving game which was to be called “Car Wars”.  The game was in the development stages and due to the strict timelines, they needed to adhere to meet Columbia Pictures requirements for the licenses of the movie rights they decided to use the “Car Wars” prototype to build the Ghostbusters game.

The prototype of “Car Wars” was a game where players equipped their cars with various weapons and then battled head to head on the highways.   Many elements of the prototype can be seen in the final product of the Ghostbusters game.  The Commodore 64 version of the game launched first in October 1984 with other home computer versions and an Atari 2600 adaptation following shortly after.  The release of the home computer versions of the game were largely successful and spawned future home console adaptions of the game.

An adaptation of the game would be created for the Famicom in 1986, the Sega Master System in 1987 and a localization of the Famicom version for the Nintendo Entertainment System in 1988.   These versions featured added gameplay after the Ghostbusters sneak past the Stay Puft Marshmallow Man.  The added portion of the game had players climb the stairs of the building to reach the rooftop.  In the Nintendo Entertainment System version of the game players could not fire their weapons nor use their traps, leaving them with having to sneak by the ghost on all floors on their way to the rooftop.  In contrast to this the Sega Master System version incorporated the use of their proton packs allowing players to shoot ghost as they make their way to the rooftop. 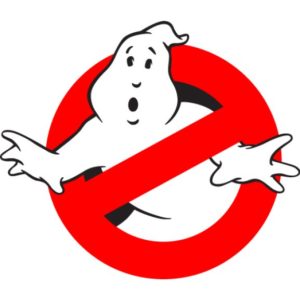 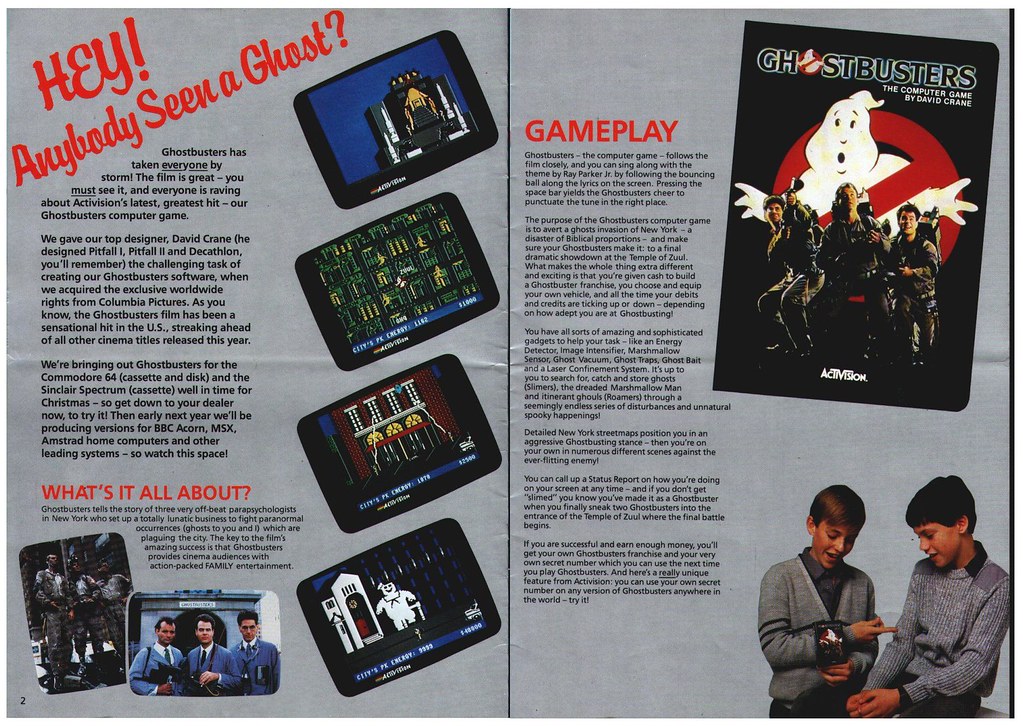