Development of the game began in 2002 when n-Space learned that Nintendo was interested in bringing more first-person shooters with unique gameplay elements to the GameCube to compete with Sony’s and Microsoft’s long list of first-person shooters being released for the PlayStation and Xbox.  The development team had the idea of making a game with an invisible protagonist which evolved during the development cycle to be a ghost and Poltergeist.  After spending approximately eight months creating a prototype under the working title “Fear”, the prototype was sent to Nintendo for review.

Nintendo was intrigued with the concept and decided to move forward with the project.   Partnering with n-Space, Nintendo worked closely with n-Space on the game’s development.  Six months into the newly formed partnership Shigeru Miyamoto suggested that object possession be incorporated into the gameplay mechanics, something that would give the game a unique style of gameplay and set it apart from the many other first-person shooters that were being released at the time. 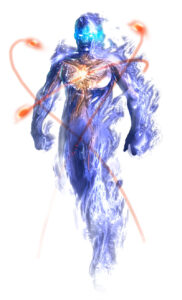 The game revolves around the lead protagonist John Raimi who has been assigned to infiltrate the Volks Corporation in South France.  Volks Corporation specializes in weapons but has been recently conducting bizarre experiments.  Raimi, a civilian scientist and member of counter-terrorism team CR-2 becomes a part of one of their experiments and his spirit is separated from his body.   As a ghost, he must possess other beings to find out what happened to his body before it perishes.

Players begin the game as John Raimi in his human form.   The game starts off as a standard first-person shooter where players can strafe, aim, run, and shoot enemies.   As the game progresses and players control Raimi’s spirit form, the player must possess people or animals to keep from being pulled into the afterlife.  In order to possess other beings, the player must frighten it.  This is achieved by possessing objects in the environment and making them do supernatural like things to frighten the person or animal.

Upon release the game received mixed reviews, with critics praising the game for its unique concepts, graphics and story while criticizing the games sluggish controls and bad animation.  Appreciated for the scare tactics incorporated into the game most critics felt that the scare tactics throughout the game were inventive and fun, however the game suffered by being compared to other first-person shooters of the time. 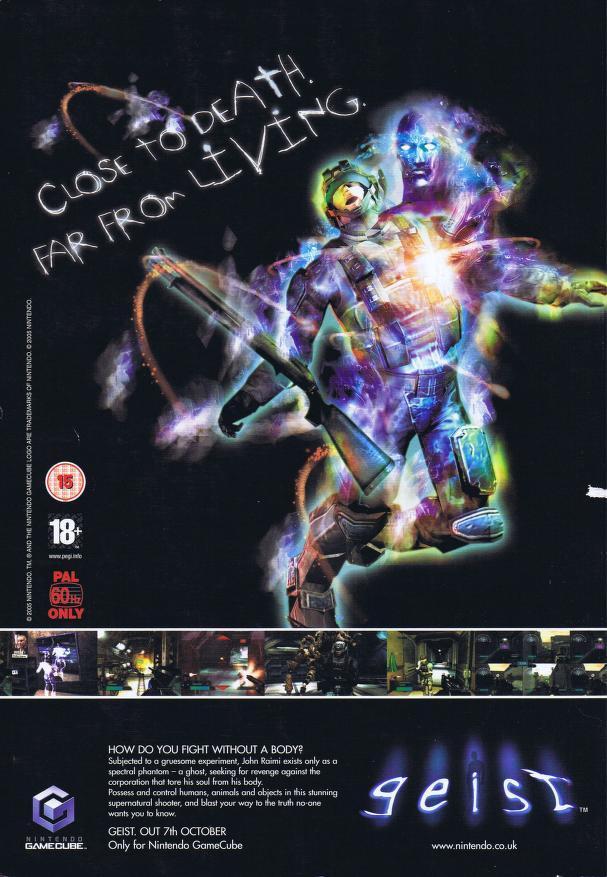