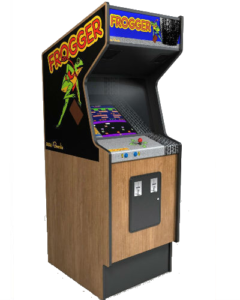 Frogger is an arcade game that was developed and published by Konami in 1981. While Konami published Frogger in Japan, the game was jointly published by Sega and Gremlin Industries in North America. Players control a frog with the goal of trying to get the frog back home by crossing a busy road and navigating a river full of hazards.

Originally the game was going to be called “Highway Crossing Frog” but Sega felt it did not capture the true nature of the game and was changed to “Frogger”. The success of the game in the arcade inspired numerous ports to home consoles and computer systems. Over the years the franchise would expand to see many sequels, rereleases and remakes.

In 1997, Hasbro Interactive developed an expanded remake of the original which incorporated multiple new levels, each different than the preceding one unlike the original game. Hasbro released the remake on the PC and PlayStation, both of which were very successful. The PC version would sell nearly one million copies within four months of its release. With the commercial success of the remake, Hasbro decided to port the game to the Sega Genesis, Super Nintendo, Game Boy and Game Boy Color.

The combination of all of the Frogger games released for home consoles and computer systems along with the remakes have sold 20 million copies worldwide. The game has made its mark in pop culture and can be found in film, television and music. In 1983, Frogger would make its animated television debut on CBS’ Saturday Supercade cartoon. In 1998, the game was featured on Seinfeld with the plot centered around the game, so much so that the episode was entitle “The Frogger”. 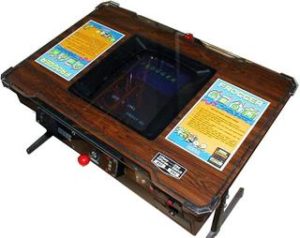