Fester’s Quest is a run and gun adventure video game for the Nintendo Entertainment System that was developed and published by Sunsoft.  Based on the 1960s television show The Addams Family the game places players in control of Uncle Fester on an adventure to save the world.

An alien spacecraft has descended upon the city and kidnapped the entire human population with the exception of The Addams Family.   Grandmama Addams predicted the invasion and casted a protection spell on their house.  Players take the role of Uncle Fester as he sets off to stop the aliens and save humanity while Gomez Addams stays behind to guard the house and his family from the alien invaders.

Armed with a gun, Fester sets off to stop the aliens and along the way encounters other Addams Family members who will aid him in his quest.  Built using Blaster Master’s overhead shooter engine the game features three overhead areas, the streets, the sewers and the UFO platform and seven houses where the hallways are set in a 3D perspective.  Along the way, players will encounter other members of the Addams Family (Thing, Wednesday, Gomez, Morticia, Grandmama, and Pugsley), all of whom assist players by providing them with different weapons and items.  One of the items obtained in the game is a noose which can be used to summon Lurch to destroy all enemies on the screen.

Players must enter the sewers to reach areas that are otherwise inaccessible from the surface due to obstructions.  Entering buildings will transform the game from its standard overhead view into a 3D perspective.  Five of the buildings contain alien bosses that must be defeated to progress through the game.  Players obtain a piece of a clue after defeating each boss which form a picture of the alien’s UFO.  After a boss is defeated players exit the building they entered from a different entrance and are unable to backtrack through it to previously visited areas.   Once all five bosses are defeated, players proceed to the alien’s UFO to battle one last boss in order to end the alien invasion and save the kidnapped people. 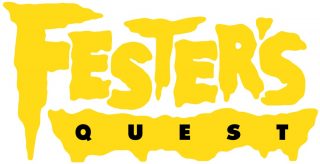 The game was quite popular when it released and would go on to sell approximately one million copies worldwide over its lifespan.  Today the game is remembered as being overly difficult due to its tough enemies and lack of being able to continue.  A save system was overlooked during development because the development team had debug codes in their test builds that allowed them to jump from level to level as well as the ability to save their progress.  The lack of a save system was an oversight by the development team as it was something, they had access to using the debug code and the feature was simply missed in the design documents.  When the game was being tested during quality assurance the QA testers complained that the game was too hard.  It soon became obvious to the developers that the game needed a save system, unfortunately due to scheduling commitments there wasn’t enough time to implement a save system into the game and then have the game go through QA testing once again.  The game was scheduled and forecasted to make its quarter and Sunsoft did not want to delay the game’s release, instead the marketing team came up with the strategy to market the game as one of the most challenging games ever made.   Ultimately the marketing angle helped sell the game and made it quite popular among gamers at the time of its release.

Sunsoft released a promotional video for Fester’s Quest to retail stores to promote the 1989 Nintendo Entertainment System video game based on The Addams Family television show. 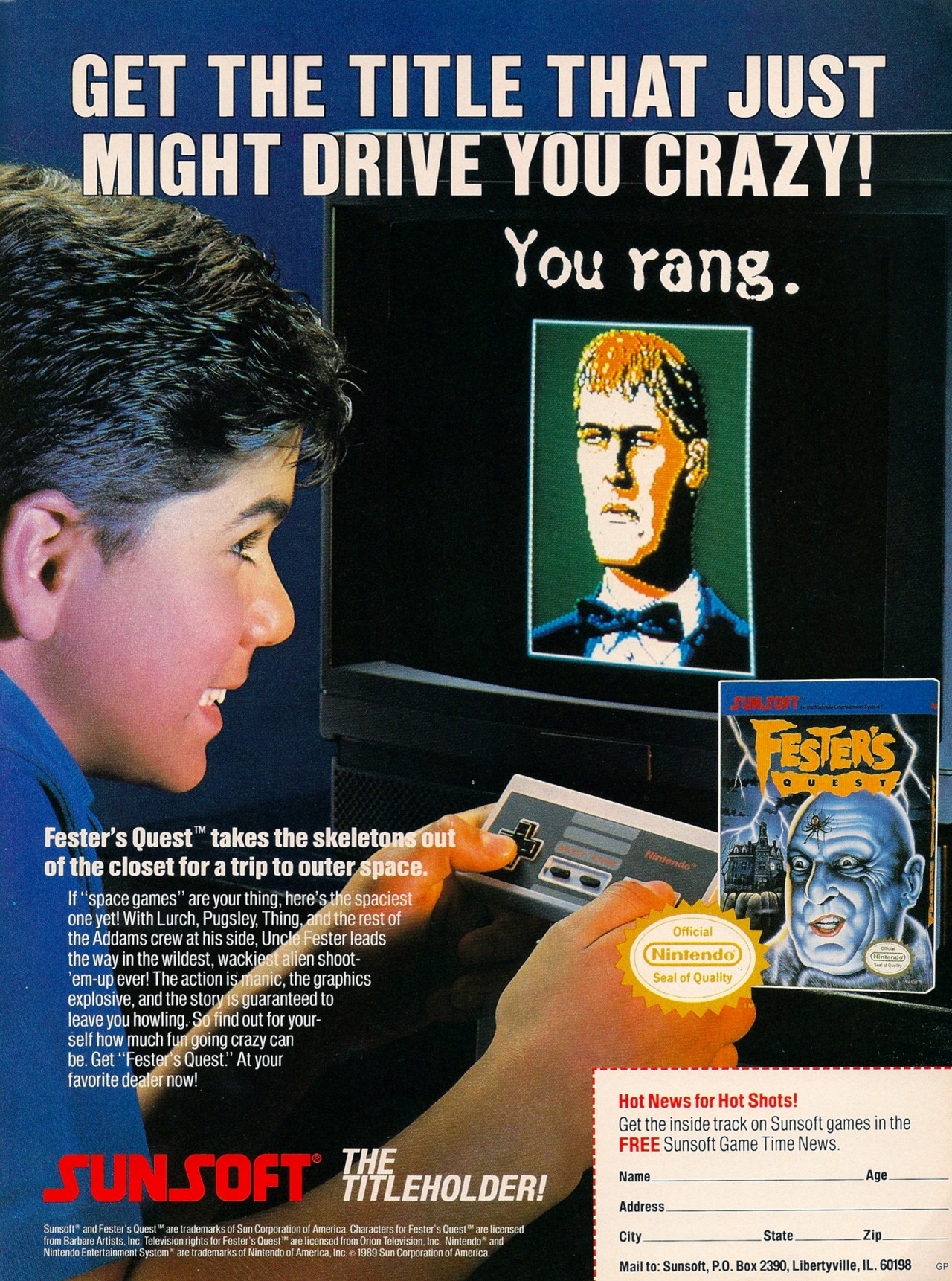