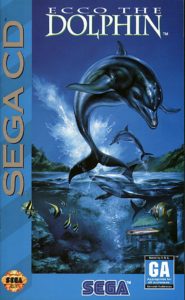 Ecco The Dolphin is an action-adventure video game developed by Novotrade International and published by Sega.  Conceived by developer Ed Annunziata players take control of Ecco, a bottlenose dolphin who travels through time to combat hostile extraterrestrials in Earth’s oceans and on an alien spacecraft.

The game begins with Ecco and a pod of bottlenose dolphins swimming in a bay.  One of the dolphins challenges Ecco to a game to see how high he can jump in the air.   Ecco jumps out of the water and while in the air, something out of the ordinary occurs and all of the marine life in the bay are sucked out of the bay with the exception of Ecco.

Alone in the bay, Ecco leaves the bay to explore and try to discover what happened.   On his travels he meets other marine life and gets clues to progress through his adventure to find out what happened and to rescue his pod.  During his search he encounters an orca that tells him to travel to the Arctic to meet, “Big Blue”, a very old blue whale known for his wisdom.

When Ecco finds Big Blue he is informed that the events that transpired were caused by a storm that occurs every 500 years.   The whale is not sure what causes the storm to take place every 500 years and suggest that Ecco find the Asterite, the oldest life form on Earth to get more information.   Ecco travels into a deep cavern where he finds the Asterite and is told to visit the sunken ruins of Atlantis to use the time machine left behind by the Atlanteans.

Within the city of Atlantis, Ecco finds a library filled with Glyphs and giant crystals stored with information.  From the information found in the library Ecco learns of the origin of the storms.  An alien race known as the Vortex lost the ability to produce food on their planet and every 500 years when the planets align, they use their technology to harvest the waters of Earth for food.

The Atlanteans fought a war with the Vortex that ended when Atlantis was defeated by the Vortex and the city was sunk into the depths of the ocean.   Learning this, Ecco activates the time machine and travels back in time 55 million years.   While in the past Ecco is forced into battle with the Asterite where he dislodges a globe that opens a time portal sending him back to the present.  After receiving the globe, the Asterite in present time grants him the power to turn his sonar into a deadly weapon that can be used against the Vortex.

The Asterite instructs him to use the time machine to travel back in time to the hour of the harvest. This time Ecco manages to be captured by getting sucked into the storm with his pod. Ecco is sent flying through outer space to a giant tube-like machine. Making his way through the construct Ecco arrives on the planet Vortex engaging the aliens in combat. Making his way to the alien Queen, he engages her in a battle. When the Queen is defeated, she spits out Ecco’s pod that she ate, and they make their quick escape back to Earth.

The game was very successful upon release being prised for its unconventional story and unique game play.  It is one of the best-known Sega Genesis titles and spawned numerous sequels.

The Making of Ecco The Dolphin 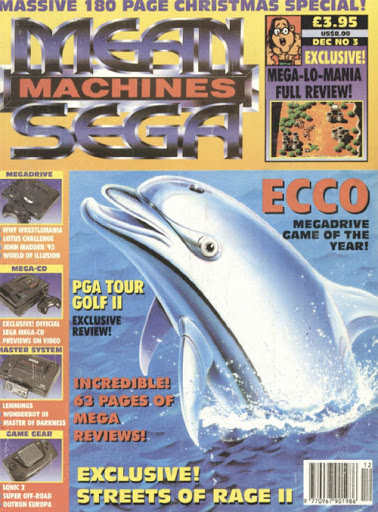 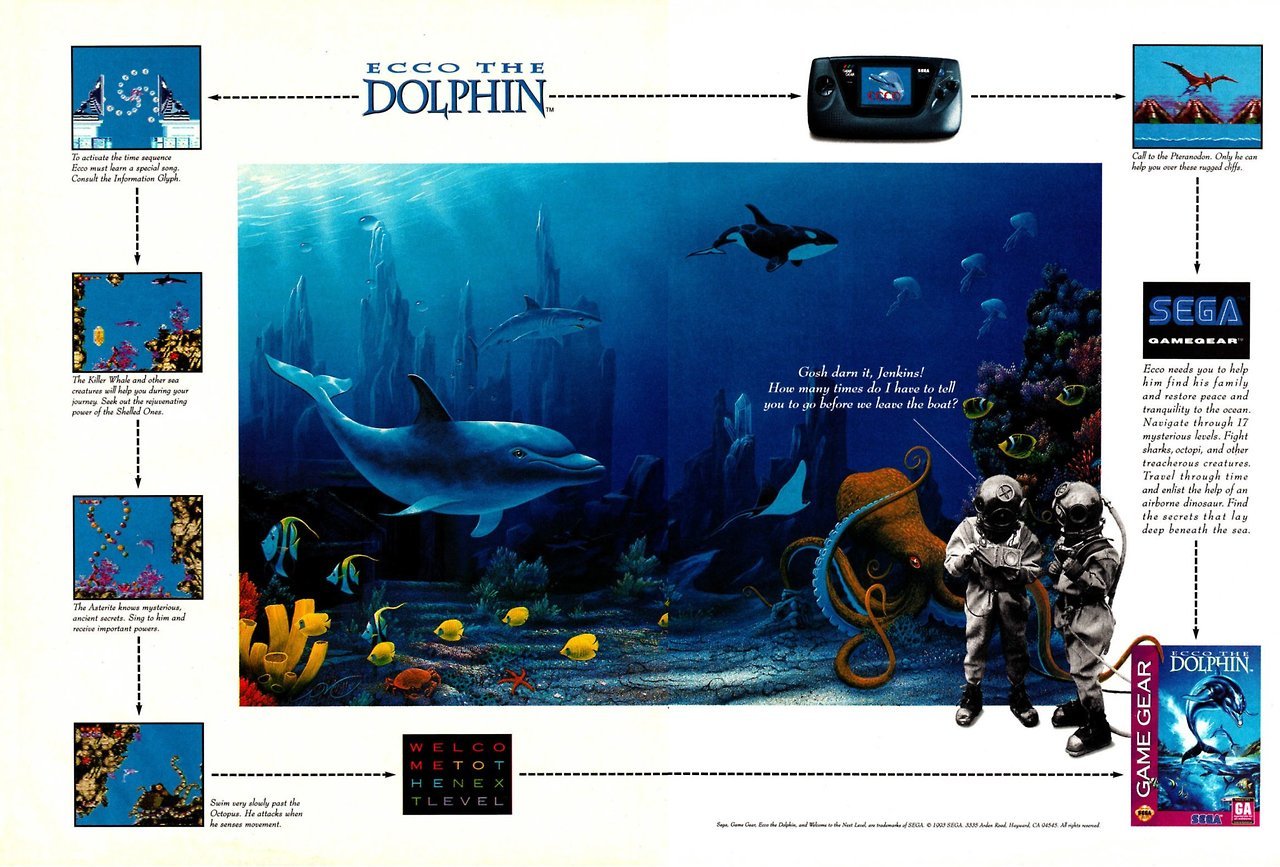