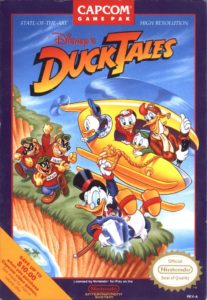 DuckTales is an action platforming video game developed and published by Capcom. The game is based on the popular Disney animated TV series and was the first Capcom developed Disney license game marking the start of a long relationship with Disney. Capcom did publish Mickey Mousecapade prior to DuckTales however it was developed by Hudson Soft and not Capcom’s internal development team.

The game takes place around Scrooge McDuck in a search for treasure around the world. Assisting in his adventure is his nephews Huey, Dewey and Louie helping him in his quest through an Amazon forest, African mines, the Himalayan mountains, Transylvania and into outer space on the Moon.

Capcom assigned key resources from the Mega Man series to create DuckTales with the goal to start their partnership with Disney off strong. Tokuro Fujiwara was appointed producer duties and Keiji Inafune took on Director and Graphic Design roles. Upon release the game received praise for its tight control, unique and non-linear gameplay and is often regarded as one of the best Nintendo Entertainment System games.

Initially released on the Nintendo Entertainment System in 1989, DuckTales would sell over 1.67 million copies. Due to the success of the game Capcom decided to port the game to Nintendo’s new handheld console the Game Boy in 1990. The Game Boy release of DuckTales was also very successful for Capcom selling over 1.43 million copies worldwide. Capcom released a sequel, DuckTales 2 in 1993 but was far less successful due to its late release near the end of the Nintendo Entertainment System’s life cycle, 2 years after the release of the Super Nintendo.

The beloved game would see a ground up remastered version developed by WayForward Technologies in 2013. The remastered version featured high resolution graphics and voice performances by the surviving members of the show’s voice cast. The original 8-bit version also has seen a recent release in the form of a compilation along with other Disney games in The Disney Afternoon Collection released in 2017. 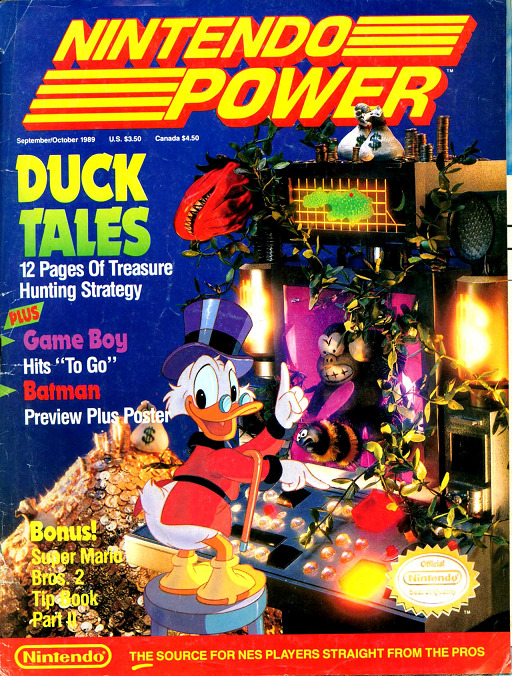