Duck Hunt is a shooting simulation video game developed by Nintendo R&D1 in conjunction with Intelligent Systems and published by Nintendo for the Nintendo Entertainment System and Nintendo’s Vs. arcade system.  The game was first released in April 1984 in Japan for the Family Computer (Famicom) and for arcades within North America.

The conception of Duck Hunt began after Nintendo decided to produce a light gun accessory for their Famicom home video game console that released in Japan in 1983.  Nintendo began producing light guns in 1970 when they released the Kôsenjû SP series of electronic toy light-sensitive guns.   In 1973 Nintendo incorporated the use of a light gun in arcades with the implementation of the “Laser Clay Shooting System.”   Throughout the mid 1970s Nintendo released numerous electronic toy guns and arcade systems that centered around the use of light guns.

After the Famicom launched in Japan in 1983, Nintendo began looking for ways to bring new experiences to their customer base and believed they could achieve that by introducing a home version of their light gun arcade games.  Nintendo decided to develop a light gun accessory for the Famicom and convert some of their existing concepts over to the console.

The light gun released in February 1984 as the Beam Gun and was bundled with the game, Wild Gunman.  In order for the new accessory to be successful Nintendo needed to develop a variety of games that require the light gun.  Duck Hunt was the result of Nintendo reviewing their back catalog of product to see what could be adopted for the home video game market.

In 1976 Nintendo released one of their last and most sophisticated electro-mechanical toys called Kôsenjû Duck Hunt.  The product consisted of an electronic shotgun and projector that was used to display flying ducks which could be shot with the light gun.  The projector would display a moving image of a flying duck on a wall which could be shot at by the light gun and had the ability to detect hits.  A successful hit would alter the image being displayed on the wall and show a shot duck falling from the sky. 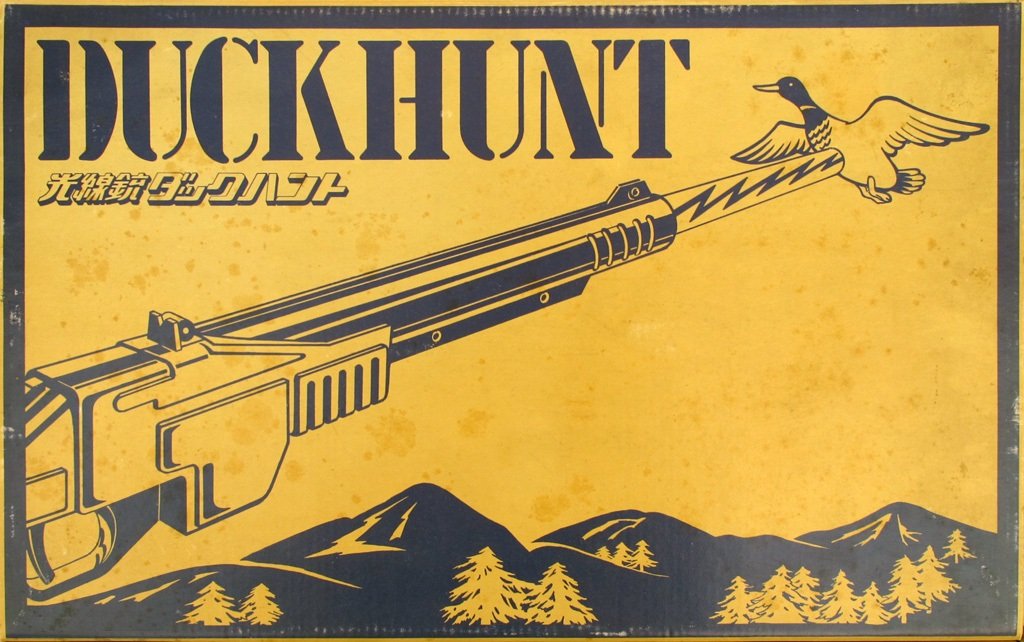 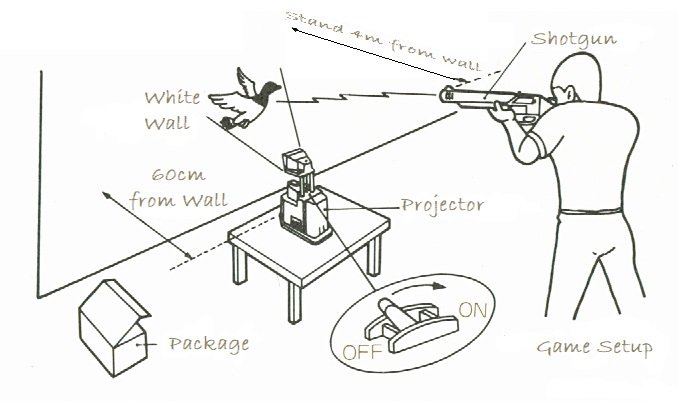 While Nintendo was assessing what type of light gun games could be developed for the Famicom they felt that an adaption of Kôsenjû Duck Hunt would work well.   Wanting to capitalize on their development investment the decision was made to also release the game in North America for the arcade since Nintendo did not have a home console released outside of Japan at the time.  When the game released in 1984 it became a commercial success for both the Famicom in Japan and the arcades in North America.

When Nintendo decided to adapt the Famicom into a home console that would be accepted in the western market they felt that their light gun accessory would play a big part in the console’s acceptance.   Nintendo was in the position where they needed to revitalize the video game industry in North America with the launch of a new home console.  After the video game crash of 1983 retailers were reluctant to market and sell anything video game related.   Nintendo used the light gun along with a robot to market their console as an entertainment system opposed to a video game system.

Since the Nintendo Vs. arcade version of Duck Hunt proved to be popular in arcades in early 1985, Nintendo made the decision to bundle Duck Hunt with the Nintendo Entertainment System when it launched in 1985.   The game became an instant success and helped to popularize the use of light gun games in both the arcade and home video game consoles.  The title went on to sell over 28 million copies worldwide and is still fondly remembered by gamers.  In 2014 the Duck Hunt characters were adapted into a playable character for the Super Smash Bros. series and the title remains as one of the most memorable Nintendo franchises from the 20th century. 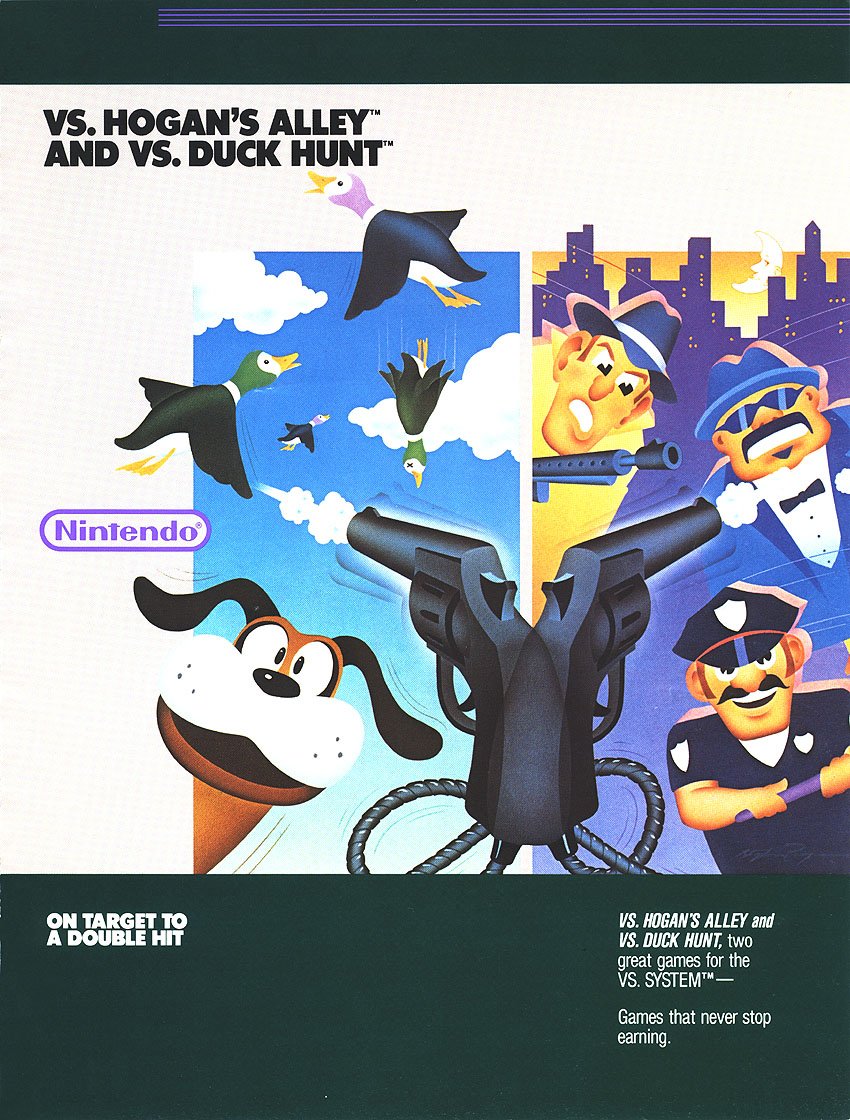 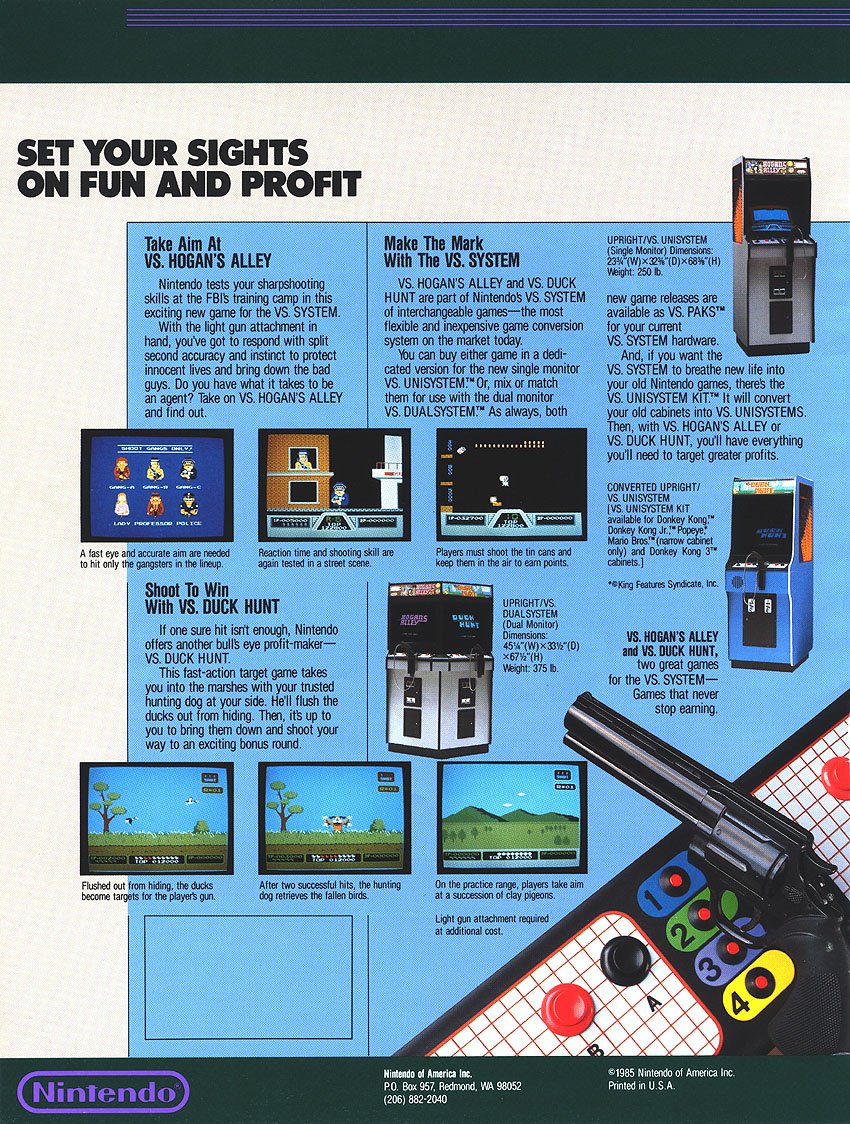