Dragon’s Fury is a pinball video game developed by Compile and published by Tengen for the Sega Genesis.  Released in 1992 the game is a modify version of the 1990 TurboGrafx-16 pinball game, Devil’s Crush.

The pinball table featured in Devil’s Crush was designed with an occult theme featuring skulls, skeletons, and demons.   The dark hell-oriented theme featured many creatures and objects related to hell, or the Devil.  The top section of the table contained a pentagram surrounded by roman numerals.   If all roman numerals are activated by hitting them with a ball, then robed fiends resembling Druids start circling around the pentagram.

Due to the religious nature of some of the items found in the game and the overall “hell” theme caused some controversy resulting in the North American release of Devil’s Crush to be censored by changing all hexagrams to generic stars and coffins with crucifixes to vases.   With this in mind Tengen decided to rename the port that was being created for the Genesis to “Dragon’s Fury” to give the game a more medieval feel theme opposed to a hell themed.

The game’s pinball table is divided into three sections as the free scrolling table transitions between three screens. Each of the three sections divide across three screen breaks and have their own flippers. The premise of the game is just like any other pinball game where balls are released into the table with the goal to gain as many points as possible before losing all of the balls. The uniqueness of the game centers around its theme, the objects placed throughout the pinball table and the mechanics of the table.

Secret holes are scattered across the table which the ball can be shot into, resulting in moving to a different screen starting a mini boss battle. The game contains six different mini boss battles which players can earn additional points if successful. In addition to the boss battle bonus rooms there are many other types of bonus rooms that can be entered, all of which are unique in nature and different ways to earn bonus points. Unlike many pinball games, Devil’s Crush can be defeated by earning 999,999,900 points and in the Dragon’s Fury port for the Genesis an additional boss battle was added after players reach the high score of 999,999,900 points.  After reaching the high score and beating the table, another battle against a final boss and his minions takes place on a smaller table.

Developer Compile continued to expand the “Crush” pinball series with the release of Jaki Crush for the Super Famicom and Alien Crush Returns for the Nintendo Wii while the port Dragon’s Fury ended up becoming its own series.   The Genesis version, Dragon’s Fury was ported by Technosoft and published by Tengen in North America.   Tengen decided to expand upon the game by developing a sequel to Dragon’s Fury without any involvement from Compile with the release of Dragon’s Revenge in 1993 for the Sega Genesis.

A quick look at Dragon's Fury with Classic Game Room 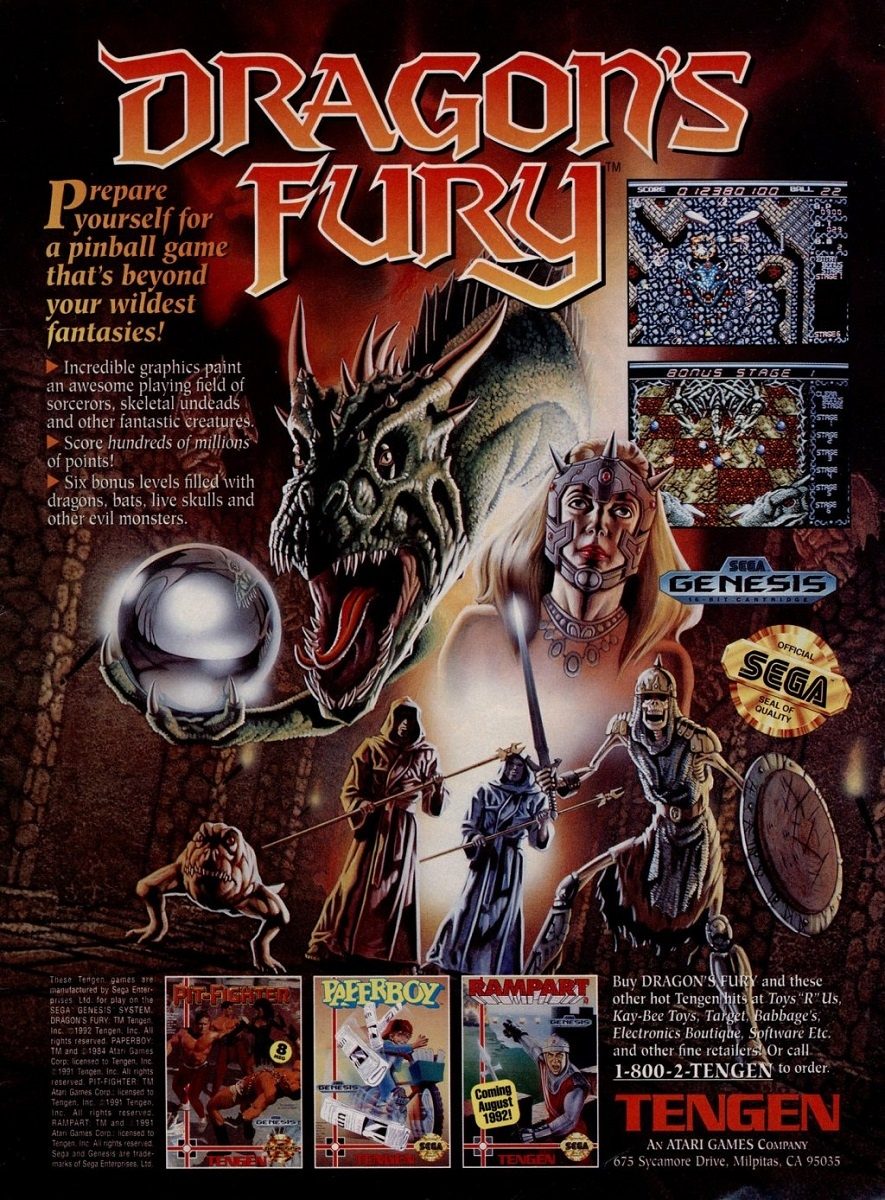 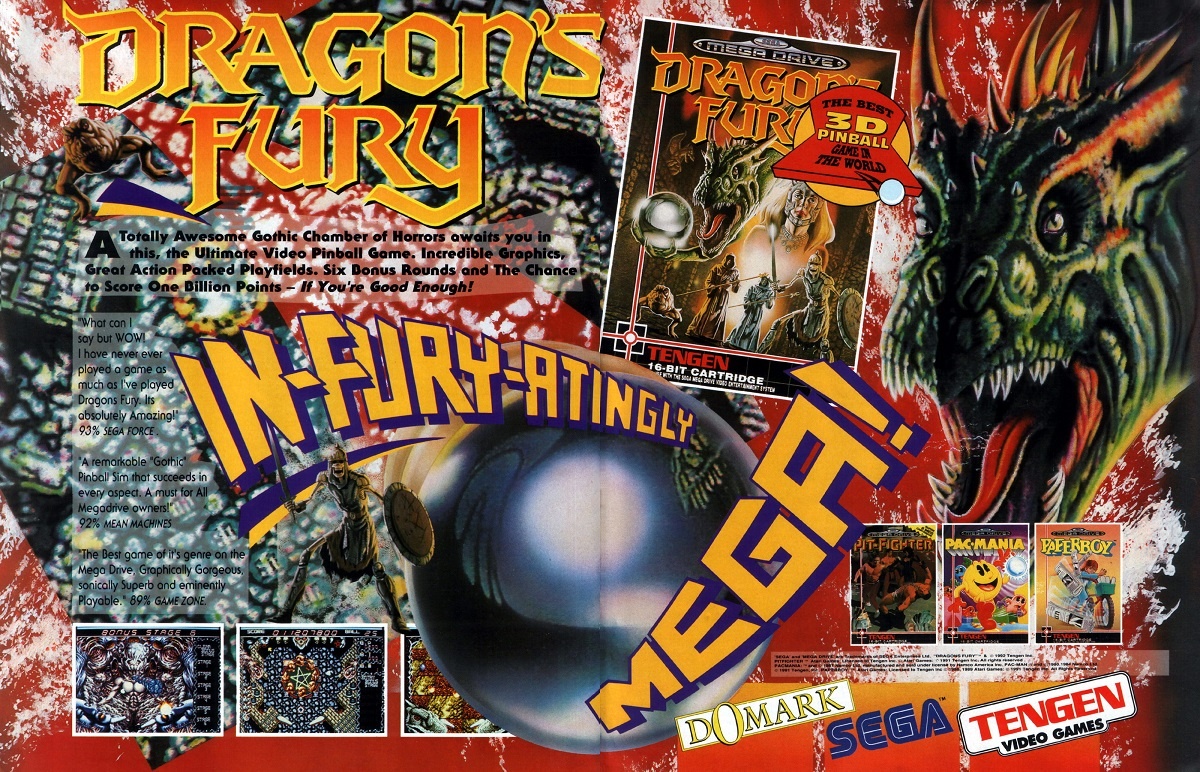