Disney’s Aladdin is a platform video game developed by Virgin Games and published by Sega for the Sega Genesis.  Based on the 1992 animated movie of the same name the game is one of several games based on the film.   Another game based on the movie was released the same month for the Super Nintendo which was developed by Capcom and is a completely different game.

Players take control of Aladdin in a side-scrolling platform game with settings and a storyline based on the popular Disney film.  Players must make their way through several levels based on locations from the film.  Starting in the streets and rooftops of Agrabah players will progress to the Cave of Wonders, the Sultan’s dungeon and to the final confrontation in Grand Vizier Jafar’s palace.

The development of the game consisted of a three-way partnership between Disney, Sega and Virgin Games.  Development began in January 1993 with ten Disney animators working on the animation frame for the game, making it the first video game to use hand-drawn animation.  Once the hand drawn animations were completed, they were shipped to Virgin Games to be digitized.  Using traditional animation produced by Disney under the supervision of Virgin’ gave the game a very unique art style which made it standout from other games of the time.

The development team was given the deadline of October 1993 to complete the game to allow for its production to coincide with the home video release of the film.  The game was showcased at the 1993 Summer Consumer Electronics Show (CES) and along with the hand drawn animation the development team incorporated musical arrangements from the film.

The game released on November 11, 1993 to critical acclaim and would go on to sell over 4 million copies worldwide, making it the third best-selling Sega Genesis game behind only Sonic The Hedgehog and Sonic the Hedgehog 2.  Several ports were adapted for other platforms such as the Amiga, DOS, Nintendo Entertainment System and Game Boy. 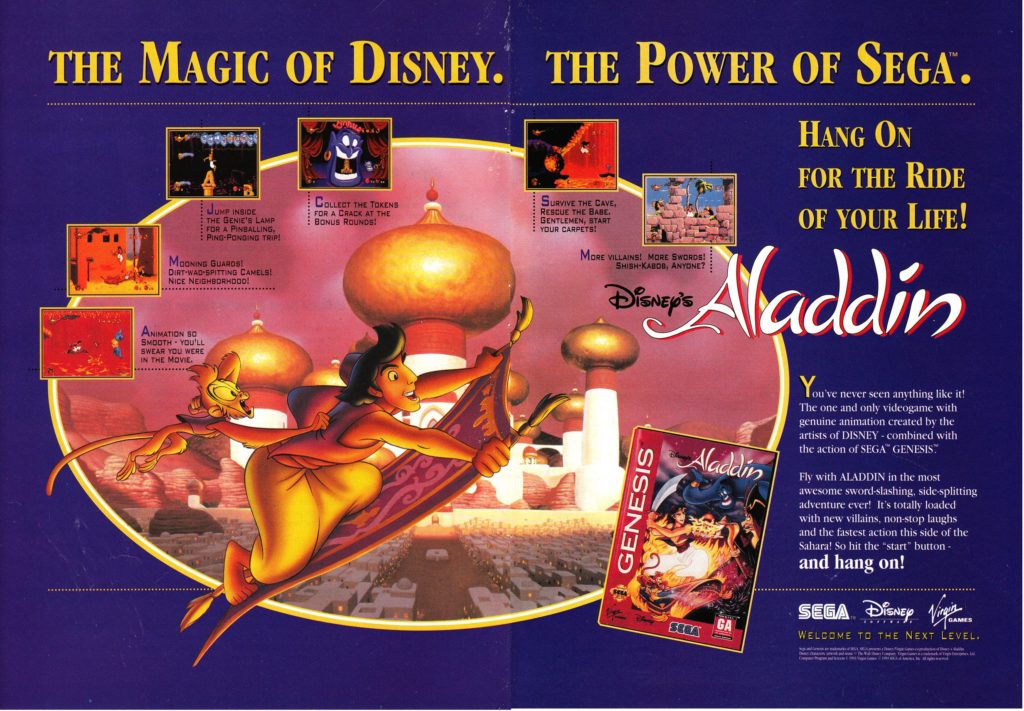