Disney’s Aladdin is an action platform video game developed and published by Capcom for the Super Nintendo.  Based on the 1992 animated movie of the same name the game is one of several games based on the film.   Another game based on the movie was released earlier the same month for the Sega Genesis which was developed by Virgin Games and is a completely different game.

Players take control of Aladdin in a side-scrolling platform game with settings and a storyline based on the popular Disney film.  Players must make their way through several levels based on locations from the film.  Starting in the city of Agrabah players will progress to the Cave of Wonders and to the final confrontation in Grand Vizier Jafar’s palace.  Some original locations that were not featured in the film were incorporated into the game such as inside Genie’s lamp and an ancient pyramid.

The game released on November 21, 1993 to critical acclaim and would go on to sell over 1.75 million copies worldwide becoming Capcom’s best selling game for the Super Nintendo after Street Fighter II and its various versions.  Even though the game was both a critical and commercial success it was largely overshadowed by the Sega Genesis Aladdin that was developed by Virgin Games.  The game was ported to the Game Boy Advance in 2003 in Japan and 2004 in both Europe and North America. 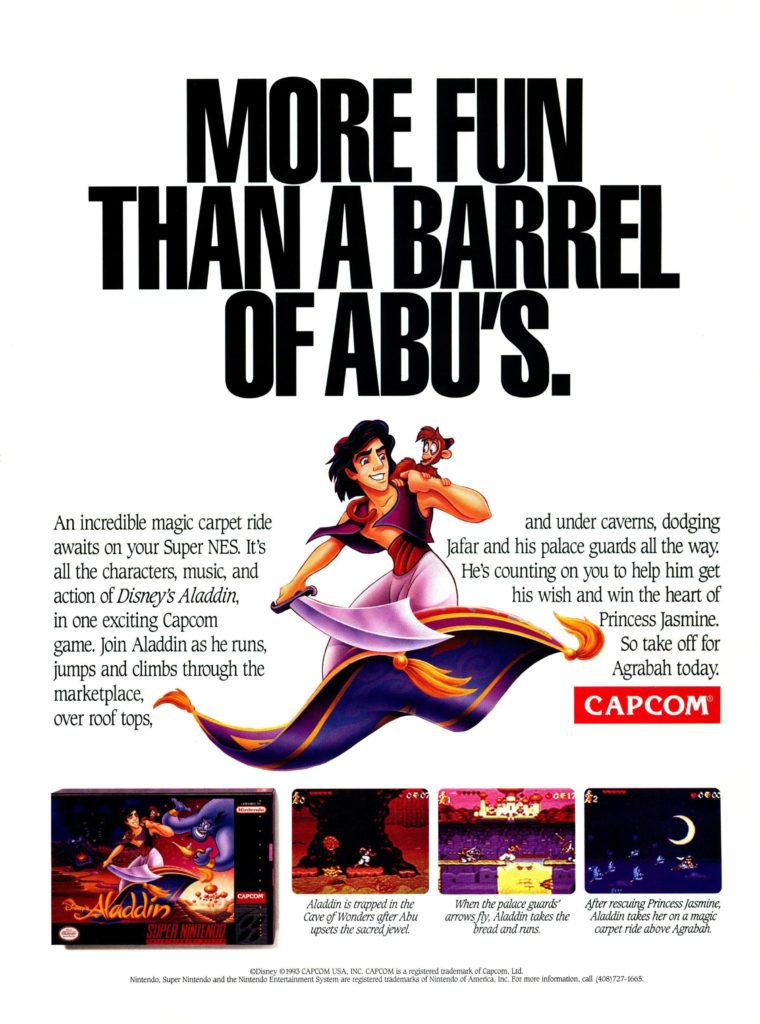