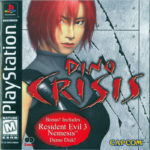 Dino Crisis is a survival horror video game developed by Capcom Production Studio 4 and published by Capcom for the PlayStation.  Created by the Resident Evil development team the game is the first installment in the Dino Crisis series.

Directed and produced by Shinji Mikami, the game shares many gameplay similarities with the Resident Evil series.  The game centers around a special operations agent, Regina who is sent along with a team to investigate a secluded island research facility.  The special operations agency recently discovered that Dr. Edward Kirk, a world-renowned scientist who was reported dead three years earlier was leading a secret weapons project within the facility.  Regina along with three other agents are sent to the island to apprehend Dr. Kirk and return him to custody.  Upon investigation the team quickly discovers the island overran with dinosaurs.  Players control Regina as they investigate the facility to discover its secrets and ultimately escape the island alive.

The development team chose to use an original 3D engine with real-time environments opposed to the pre-rendered background found in the Resident Evil series in order to create better cinematic action and more dramatic characters.  The shift to using a real-time engine also came with additional limitations based on the PlayStation’s hardware capability.  The team had to be mindful of the level of detail that went into the environment to ensure that the game would perform well on the PlayStation hardware.  The hardware’s polygon limitation caused the team to scrap a jungle themed scene and the game’s setting mainly takes place indoors in an enclosed environment.

Capcom first revealed the game at the 1999 Spring Toyko Game Show and received a positive reception.  The game released in Japan on July 1, 1999, two months prior to the Japanese release of Resident Evil 3: Nemesis.   Upon release the game was inevitably compared to the Resident Evil series with inspirations from the Jurassic Park movie franchise by critics.   Despite the comparisons critics praised the game for its enhancements and alterations to the gameplay format that was made famous by Resident Evil.  Dino Crisis was an instant commercial success in Japan selling more than 300,000 units within a week of its release.

The game released in North America on August 31, 1999, also a few months prior to the North American release of Resident Evil 3: Nemesis.   The initial North American release of Dino Crisis came with a demo disc for Resident Evil 3: Nemesis to promote its upcoming release.  Reception for the game in North America was similar to its reception in Japan as the game was an instant success.   The game preformed very well for Capcom, selling approximately 2.4 million copies worldwide on the PlayStation.   Due to the success of the game Capcom created ports for the Dreamcast and PC which release in late 2000 as well as began work on a sequel.   The success of the game spawned another hit franchise for Capcom and helped them secure the position as the lead developer of survival horror games. 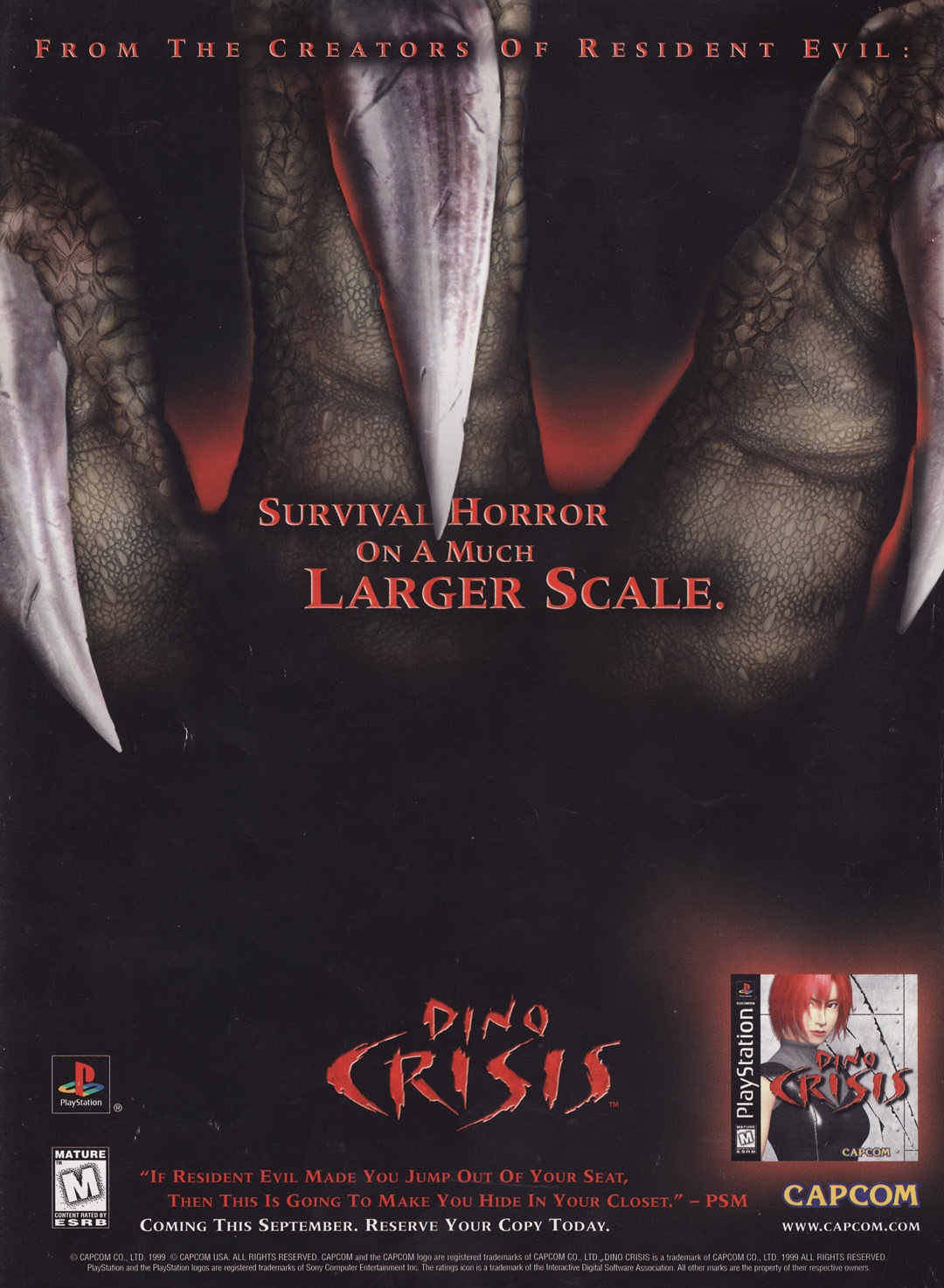 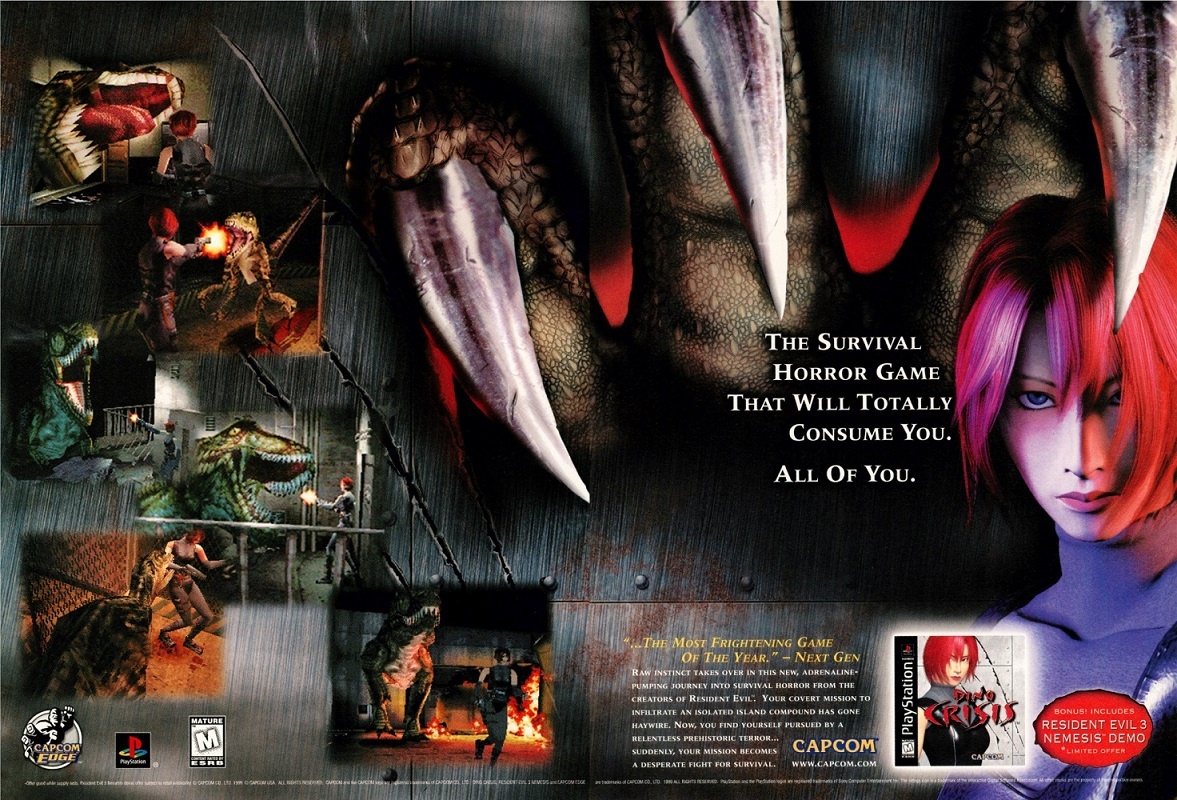