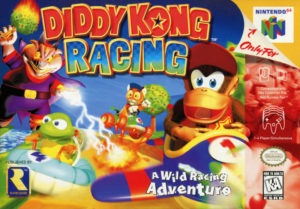 Diddy Kong Racing is a kart racing adventure game developed and published by Rare for the Nintendo 64.  The premise of the game is to race various animal characters in a battle to save their island from an evil space wizard named Wizpig.  The game features many elements found in the Mario Kart series but mixes things up by incorporating an adventure mode which features bosses, an overworld to explore and the addition of unique vehicles such as airplanes and hovercrafts.

In order to give the game more replay value the development team also incorporated a mode called the “Silver Coin Challenge” which in addition to racing to come in first players must also find eight Silver Coins that are hidden throughout the courses.  The use of weapons that are collected during the race can be used immediately or players can take a more strategic approach and collect the same weapon various times to receive a more powerful attack.  Each coloured balloon found on the track matches a specific weapon and collecting the same-coloured balloon multiple times in a row increases the power of the weapon.  This gameplay mechanic gives players the choice of collecting as many balloons as possible and using the weapons immediately or storing a specific weapon to collect more of the same weapon to use a more powerful version at a later time.

Development of the game began in 1996 and went through several changes before the development team landed on a kart racing game.   The conception of the game can be traced back to a short-lived prototype that was created by four Rare resources.   They created a real time strategy demo that featured a time travelling caveman for the Nintendo 64 however the idea was quickly abandoned in favour of developing a fun cartoon style racing game named “Wild Cartoon Kingdom”.  The development studio liked the characters that were created for the real time strategy prototype and wanted to reuse the assets for the racing game.

The initial development of the racing game was heavily inspired by the Mario Kart series while the concept of including an adventure mode was influenced by the developer’s admiration of the design of Disney World.  The studio’s initial concept was to include a hub world based on theme parks and the game was renamed to Adventure Racers.   As development progressed and the ideas for the game refined the project was once again renamed to Pro Am 64 and was meant to be a sequel to Rare’s R.C. Pro-Am series that was release for the Nintendo Entertainment System. 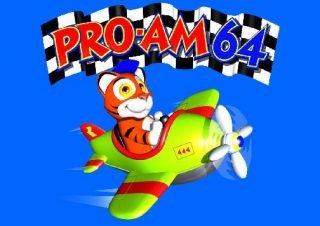 The main character that was intended to star in Pro Am 64 was Timber the Tiger and the development team added other animal characters to accompany him.   At the time Rare already had plans to develop a game that was going to star a bear and another game that was going to star a squirrel.  They decided to include the two characters in the game to build an early awareness of the characters and help promote the upcoming games.  The two characters were Banjo and Conker whose games were unveiled to the public prior to the release of the racing game but ultimately did not release until after the release of Diddy Kong Racing.

While attending the 1997 E3 trade event Rare demoed Pro Am 64 to Shigeru Miyamoto who liked the game so much that he offered the development team to use Diddy Kong in the title.  The development team initially did not like the suggestion made by Miyamoto as they wanted the title to stand on its own and not incorporate the use of characters that were already established.   They wanted to create their own intellectual property (IP) instead of leveraging one of Nintendo’s franchises.  Rare had plans to release Banjo-Kazooie as their triple-A title for the 1997 holiday season, but the game was delayed until the summer of 1998, leaving Rare without a triple-A title for the 1997 holiday season.  In need for a triple-A quality game for the holiday season, Rare felt that Pro Am 64 did not have a strong enough intellectual property to capture the attention of consumers and ended up reconsidering Miyamoto’s suggestion of using Diddy Kong.

Featuring Diddy Kong in the game would provide stronger marketing from Nintendo and give greater visibility to the game due to the popularity of the Donkey Kong brand thus making consumers more aware of the Banjo and Conker characters in advance of their future game releases.  The game was renamed to Diddy Kong Racing and the team began to adapt the game’s story, visual aesthetics and packaging in time for it November release.  The story was altered were the game’s original protagonist Timber the Tiger sent a letter to Diddy Kong asking for his help to save his island from an evil space wizard named Wizpig thus providing an affective way to incorporate Diddy into the game.

The final release of the game features five worlds containing four racetracks each and the ability to drive a car, hovercraft or pilot and airplane.   The title has a total cast of ten playable characters, two of which must be unlocked and five different bosses that players will battle in each world.  Upon its release the game was received with critical acclaim for its graphics, audio, and gameplay.  The game was a commercial success for Rare, selling approximately 4.88 million copies worldwide and is one of the best-selling games on the Nintendo 64. 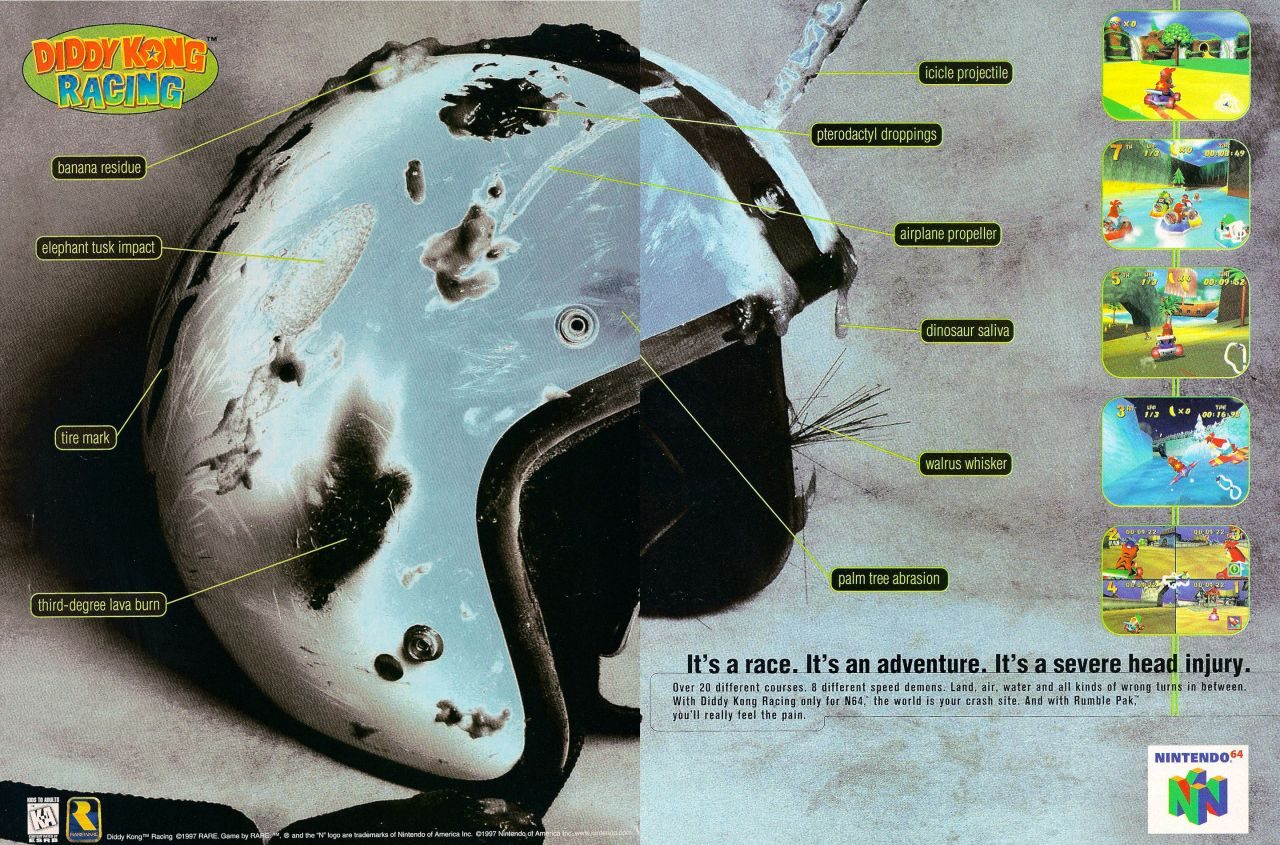 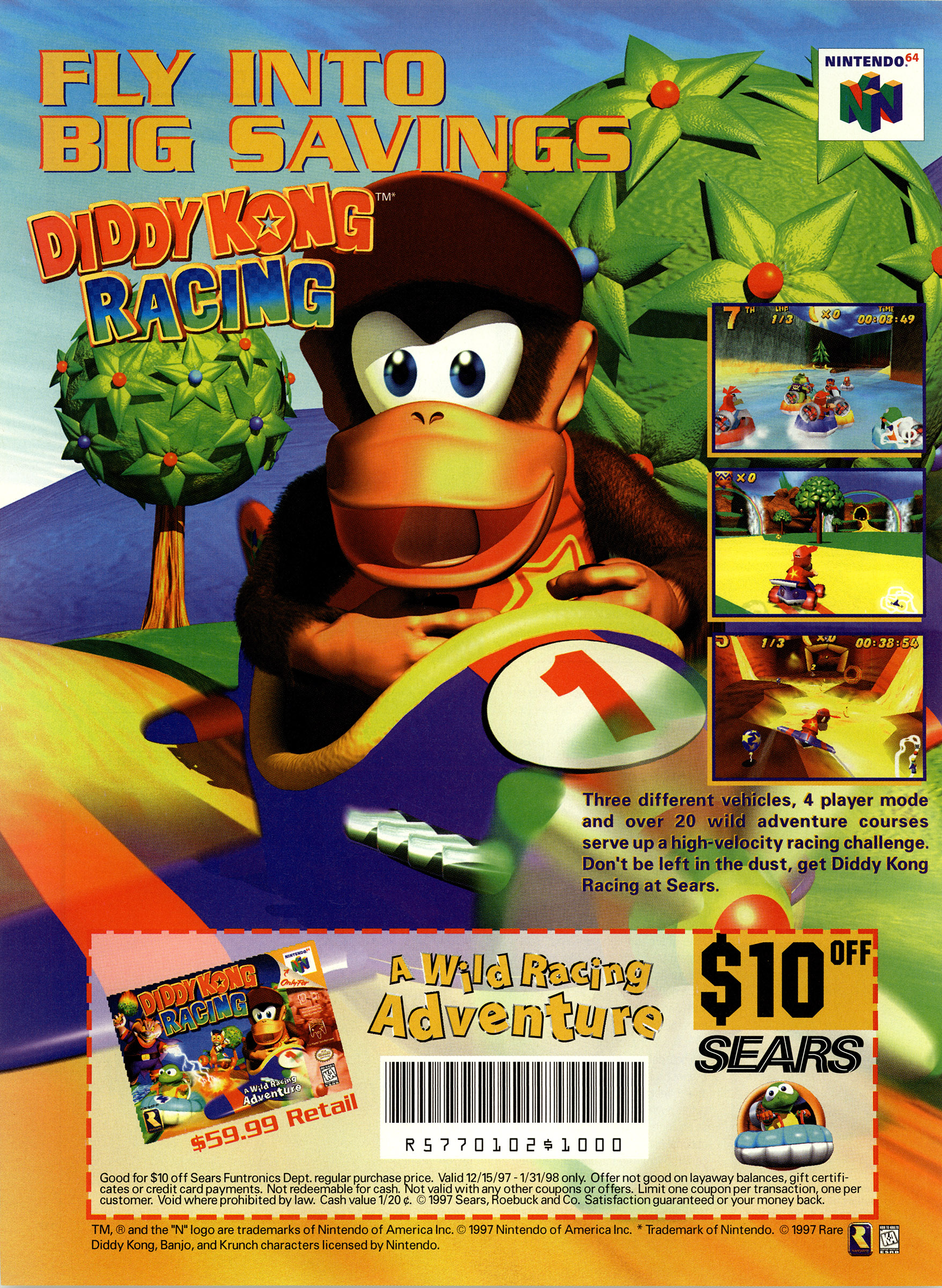