Cyber Shadow is a side-scrolling action platformer developed by Mechanical Head Studios and Published by Yacht Club Games.   Created by Finnish indie developer Aarne Hunziker, the game was a very ambitious undertaking as Hunziker was the sole member of Mechanical Head Studios and began development of all aspects of the game without any assistance.

The game features an 8-bit aesthetic similar to games released on the Nintendo Entertainment System and resembles a well-done modern adaptation of Ninja Gaiden.  Players are placed in the role of Shadow, a cybernetic ninja whose world has been overran by machines.   The world has been taken over by the evil Dr. Progen and his merciless synthetic army.   A desperate plea for help sets Shadow, the sole survivor of his clan, on one last mission to uncover what started the path to perpetual ruin.  Your robotic companion, L-Gion, is your only guide through the ruins of Mekacity.

Development of the game began years before Yacht Club Games involvement.  Aarne Hunziker began development of the game on his own with no intentions of teaming up with a publisher.   During development Hunziker was providing updates on his twitter account which drew the attention of Yacht Club Games.   Yacht Club Games approached Hunziker to see if he would be interested in forming a partnership and if he would be interested in them acting as a publisher for the game.  Yacht Club Games previously had developed the extremely successful 8-bit indie game Shovel Knight through crowdfunding and had already gone down the path that Mechanical Head Studios was heading.  Yacht Club Games had a lot to offer as they had already built the needed relationships with the console manufactures, was able to draw from their experience of developing and self publishing Shovel Knight and could provide financial support.

Hunziker accepted Yacht Club Games’ offer to publish the game and was able to engage the studio for assistance where needed.  The majority of the development was handled by Hunziker while the music was composed by Enrique Martin and produced by Jake Kaufman.   In addition to the usual role of a publisher, Yacht Club Games also provided design feedback from their previous experience developing Shovel Knight.

The game was first shown at PAX East in March 2019 though it was announced less formally through social media platforms prior to Yacht Club Games’ involvement.  The game drew quite a bit of attention at the gaming expo putting it on the radar of many popular video game media outlets.  The game continued to gain in popularity as additional updates and trailers were released.  Released on January 26, 2021 for the Nintendo Switch, PlayStation 4, PlayStation 5, Xbox One and Steam, the game received positive reviews from critics. 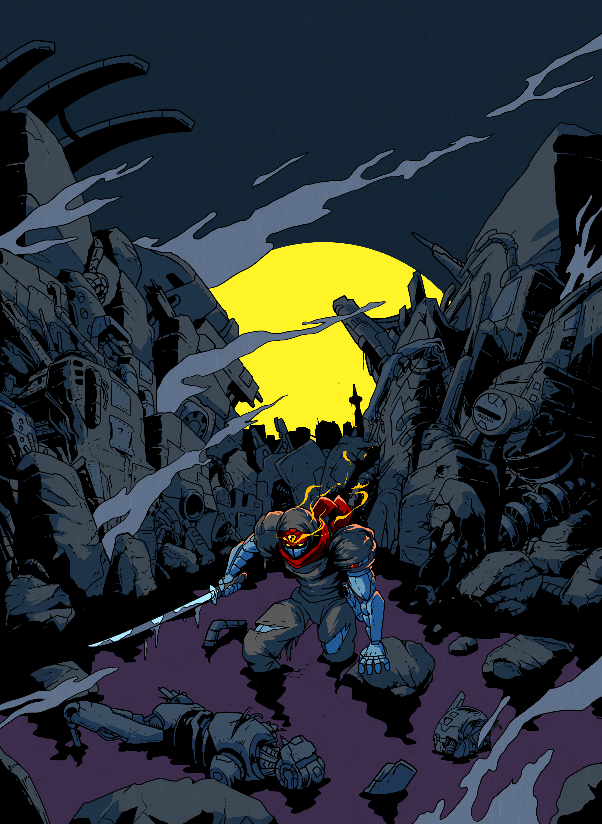