Cruis’n USA is an arcade racing game developed, published and distributed by Midway Games.  Released in arcades in 1994 the game is the first installment in the Cruis’n series.  The courses available in the game are based on United States locations.

Players choose from four vehicles to race in a variety of courses throughout the United States based on real locations.   The 14 locations which take place across 11 States include Golden Gate Park, US 101, LA Freeway, Arizona, Beverly Hills, Death Valley, Iowa, Indiana, Appalachia, San Francisco, Redwood Forest, Grand Canyon, Chicago and Washington, DC.  The goal is for players to complete all 14 stages of the game in a coast to coast racing experience.  Players begin on the west coast traveling across the United States to reach their ultimate destination Washington, DC.

In early 1994, Nintendo signed a licensing agreement with WMS Industries, Midway’s parent company, which enabled Midway to develop and market games using Project Reality 64-bit hardware.   Project Reality was an early version of the Ultra 64 platform which would later be renamed to Nintendo 64.  As part of the deal the two companies formed a joint venture called Williams/Nintendo to market Nintendo-exclusive home console conversions of the arcade games.

The first game announced under the new partnership was Killer Instinct, a game published and distributed by Midway but developed by Rare followed by Cruis’n USA.  The arcade based Ultra 64 hardware was different than the home console version which would become the Nintendo 64 however Nintendo insisted that the home version will provide a pixel-perfect representation of the arcade games. 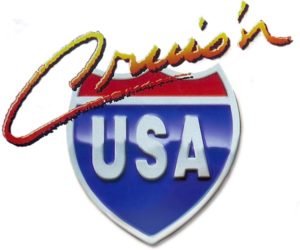 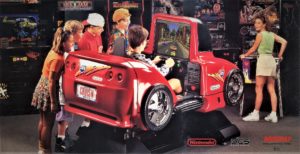 Development for Cruis’n USA began in late 1991 well before the joint venture between Nintendo and Williams.   Due to the game being in development well before the Ultra 64 arcade hardware was made available the arcade game was designed using a Williams 32-bit board in the absence of the Ultra 64 hardware.  The game was showcased at the June 1994 Consumer Electronics Show (CES) as running on Ultra 64 hardware.  In light of the arcade cabinet being advertised as running on the Ultra 64 hardware it was actually implemented using the Midway V-unit hardware causing controversy as if there was any similarity at all between the two technologies.

Along with Killer Instinct, Cruis’n USA was planned as a Nintendo 64 launch title however neither game was released in time for the consoles launch.  Since the game was developed on arcade hardware that was quite different from the final version of the Nintendo 64 console Williams had to downgrade most of the graphics for the port to the home console.  Less than a month before the Nintendo 64 launch the game was pushed back as it did not meet Nintendo’s quality standards.   Williams continued to fine tune the port which ended up releasing on December 3, 1996, a little over 2 months after the launch of the Nintendo 64. 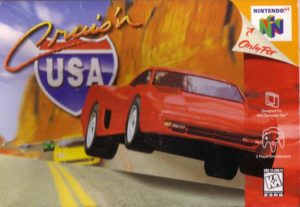 The arcade version of the game was a commercial success, outperforming other popular racing games of the time.  It was seen as a less graphically impressive racers than its competition however made up for the lacking graphical comparison with it’s stellar gameplay.  The Nintendo 64 port was met with less than favorable reviews but despite the negative reviews the game was a commercial success selling over 1.72 million copies.  The strong sales were thought to be a combination of the console’s popularity and the very small game library available for the system at the time of release. 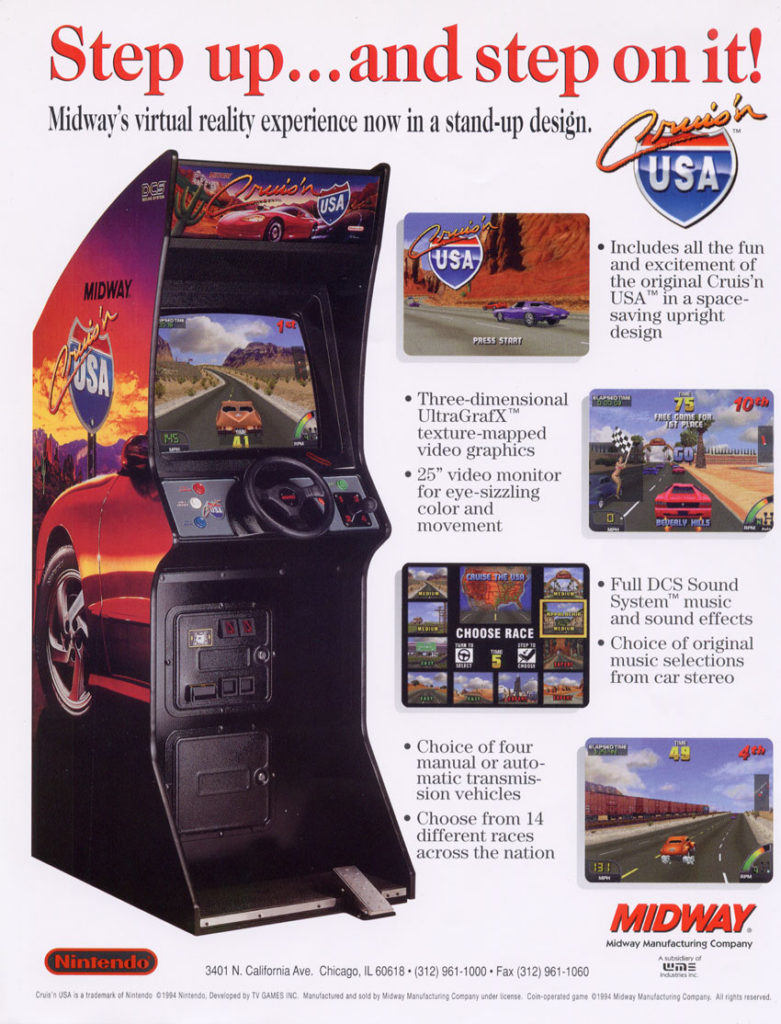 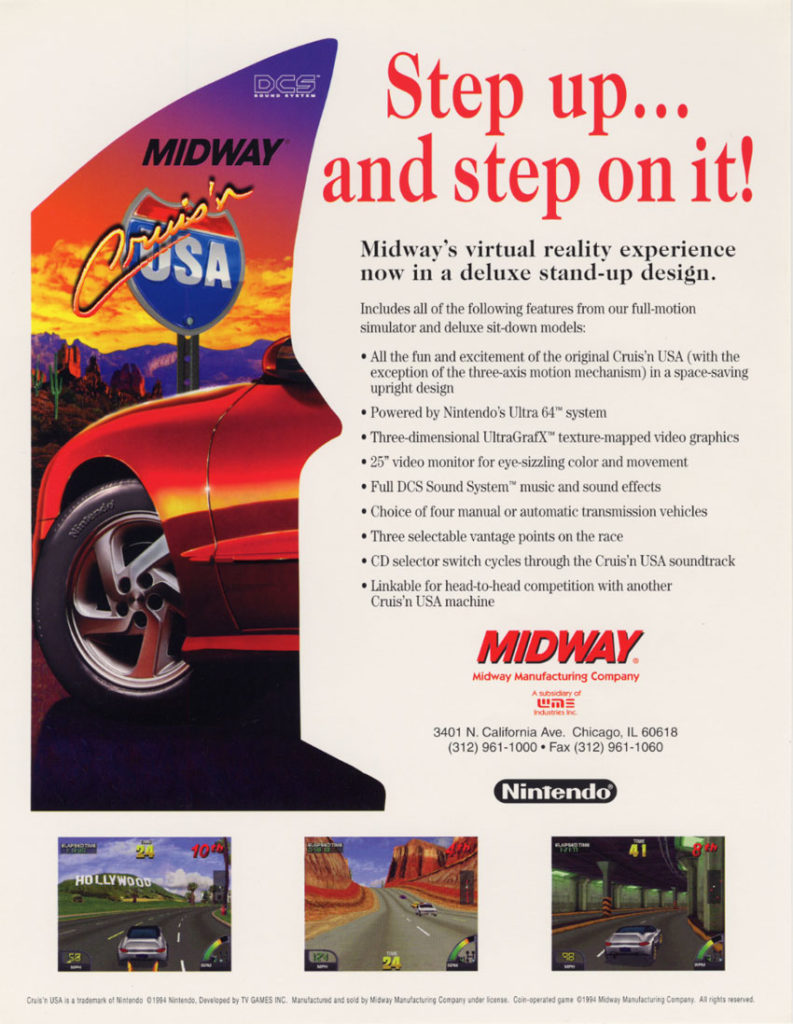 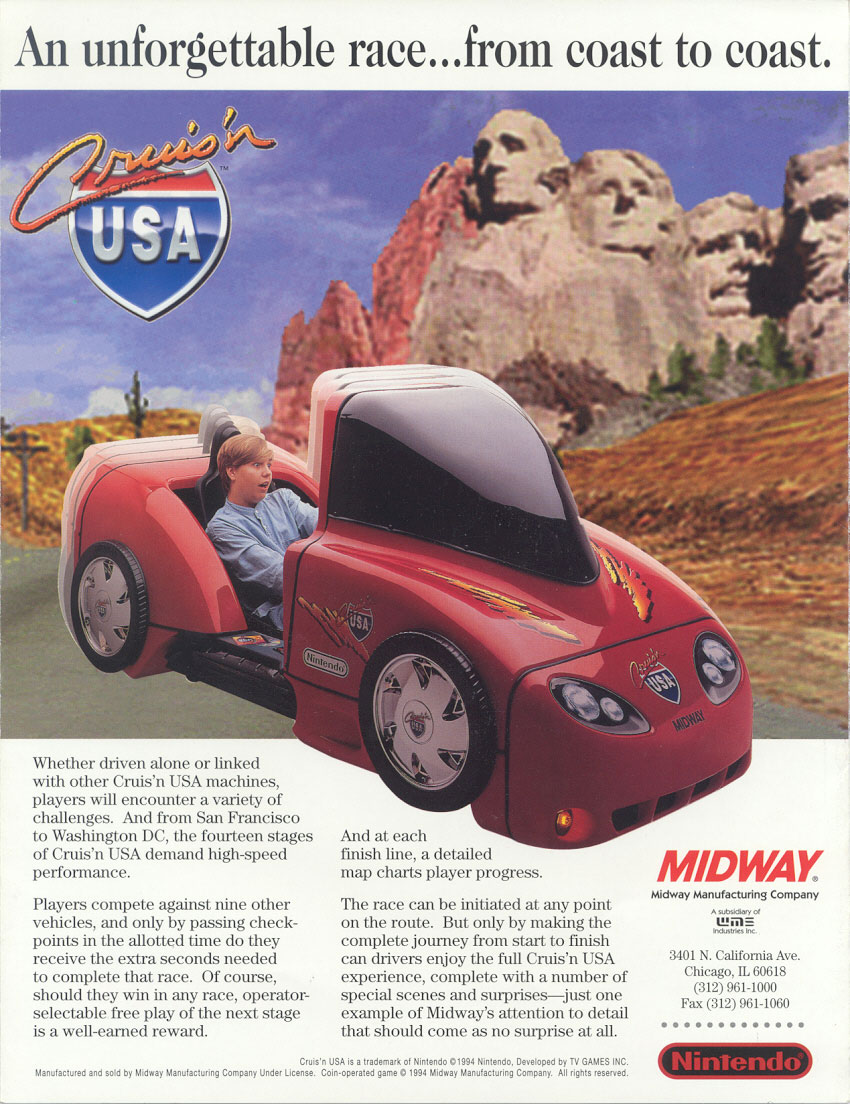