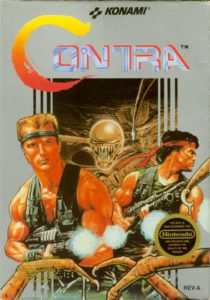 Contra is a run and gun video game developed and published by Konami. The game was originally developed as an arcade game that was released on February 20, 1987. Konami decided to port the arcade game to the Nintendo Entertainment System / Famicom as well as various computer systems.

The game was localized for European territories and released as Gryzor for the computer systems and as Probotector for the Nintendo Entertainment System. Probotector is a modified version of Contra that was redesigned to replace the human protagonist and some of the enemies with robots. This was done to circumvent censorship laws in Germany, which prohibits the sales of violent video games to minors.

The Nintendo Entertainment System / Famicom version of the game is an expanded port of the arcade game. The levels were restructured and made significantly longer, with stages 5 through 8 being derived from the arcade’s final stage. The plot is slightly altered as it is set in the year 1987 in the Amazon opposed to the Arcade version which is set in the year 2633 in the Galuga archipelago.

The game allows players to select from single player mode or two player couch co-op where gamers take control of two commandos, Bill Rizer and Lance Bean of the Earth Marine Corp’s Contra unit, an elite group of soldiers specializing in guerrilla warfare. The evil Red Falcon Organization have set a base in the Amazon in a plot to wipe out humanity. The two commandos are sent to destroy the enemy forces and uncover the true nature of the alien entity controlling them.

Contra was one of the early Nintendo Entertainment System games to feature the Konami Code. Although Contra was not the first game to incorporate the code, it was the game that popularized it among gamers. Inputting the code (Up, Up, Down, Down, Left, Right, Left, Right, B, A) at the title screen starts the player with thirty lives instead of the usual three. When players run out of lives and continue the code is retained and are provided with thirty lives.

Much of the game’s popularity came from its two-player simultaneous gameplay, which was an uncommon feature in video games at the time of Contra’s release. While successful in the arcades, the game became and remained widely popular and remembered when it was ported to the Nintendo Entertainment System in 1988. 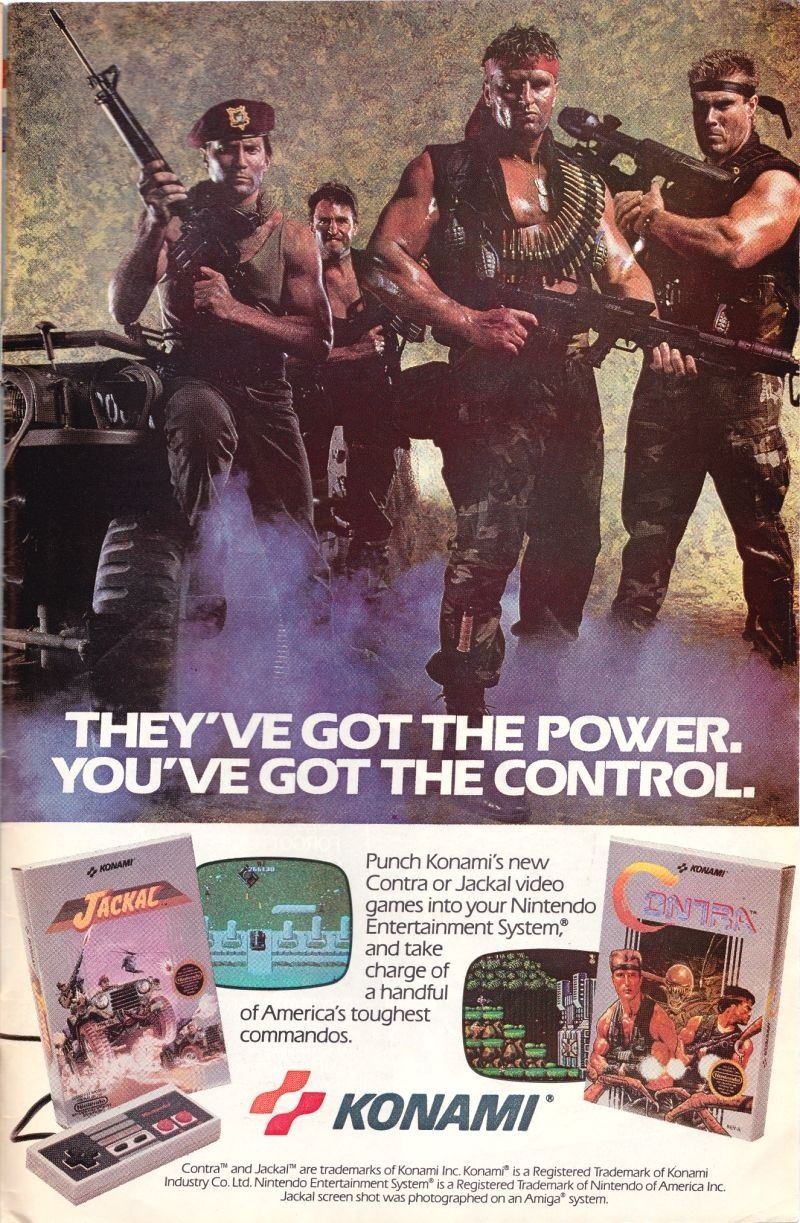 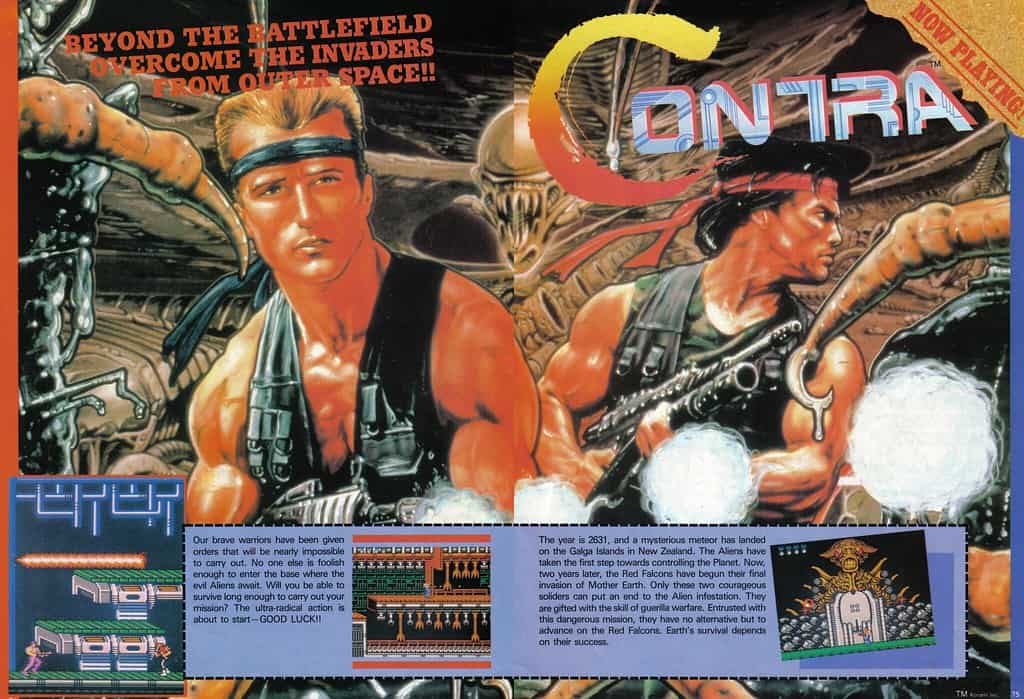