Comix Zone is a beat ‘em up video game developed by Sega Technical Institute and published by Sega.  Released in 1995 for the Sega Genesis / Mega Drive console the game featured a very unique art style for the time.  The game’s environment is set within the panels of a comic book with dialogue rendered within speech bubbles.  The bright colorful sprites and backgrounds along with the dynamic drawing style simulated superhero comic books.

Even though the comic book art style concept has been implemented in previous video games such as Batman: The Caped Crusader in 1988 by Ocean Software the team at Sega taken the idea to a whole new level.  The development team expanded upon the concept to such an extent that Sega applied for and was granted a patent for a “Videogame system for creating simulated comic book game”.

The concept for the game was conceived in 1992 when game designer Peter Morawiec created an animated demo video for the Commodore Amiga titled “Joe Pencil Trapped in The Comix Zone”.  The short demo explored how gameplay could be incorporated with comic book elements to create a simulated comic book video game.

Players take control of Sketch as he battles his way through the pages of the comic book with the help of his pet rat Roadkill, who was electrocuted during the thunderstorm enabling him to zap enemies.  The game progresses linearly through each page of the comic book, however secret paths and alternate routes through the story can be discovered.

The game received positive reviews upon release praising the development team for the unique art style that recreated the look and feel of a comic book.  The game was ported to Windows 3.1 in 1995 by Sega and to the Game Boy Advance in Europe only in 2002 by Virtucraft.  It has been included in several Sega compilations and a multitude of digital releases on Nintendo, Xbox and Sony platforms. 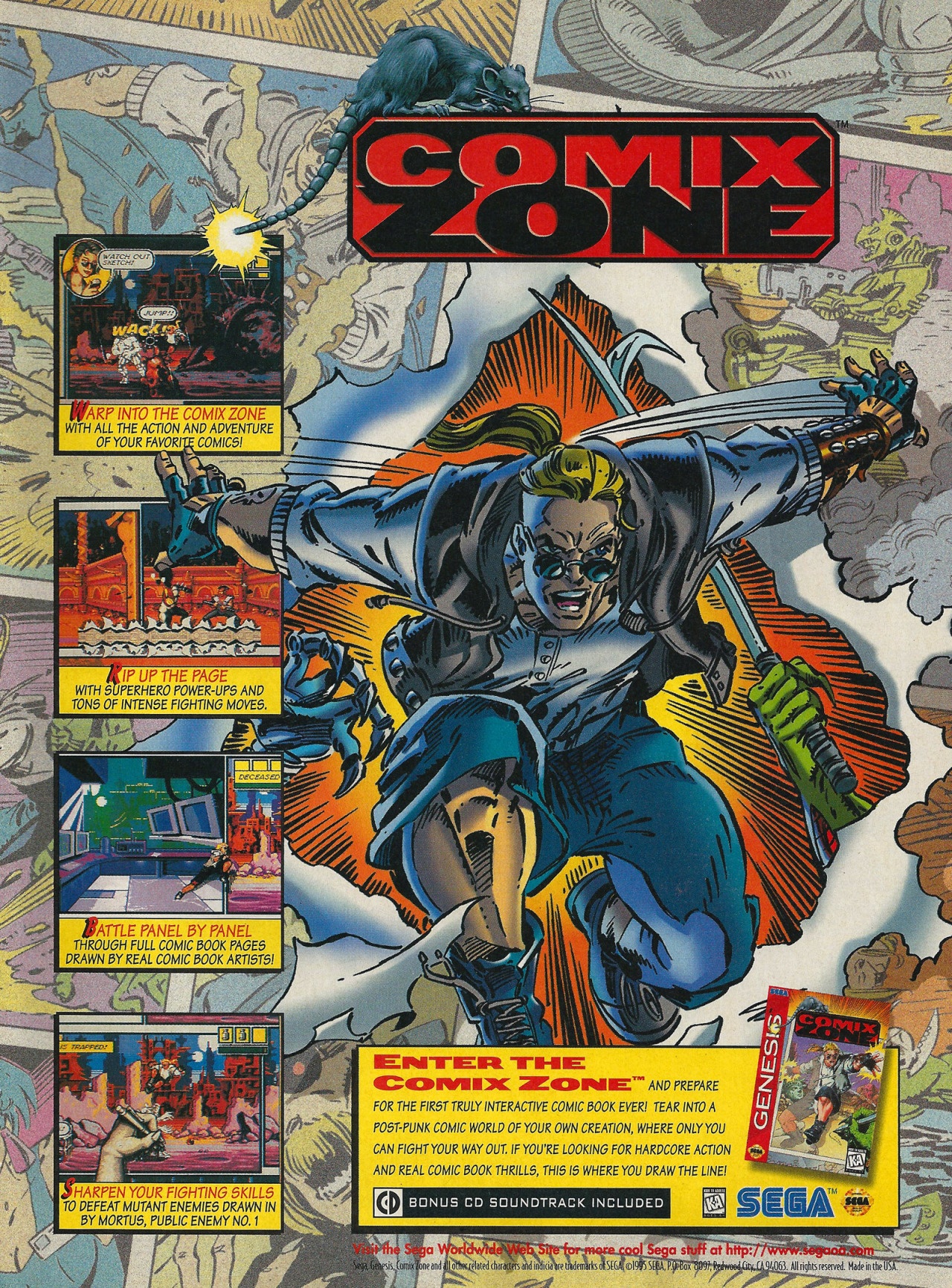