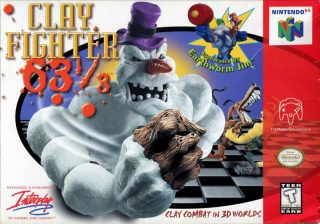 ClayFighter 63 1/3 is a fighting video game developed and published by Interplay Productions for the Nintendo 64.  The 1997 release is the third installment in the ClayFighter series which is known for its use of stop motion animation and claymation.

Development of the game began in 1995 and was initially planned to be an exclusive launch title for the upcoming 3DO M2 console.  In late 1995 four M2 games that were in development were shown to the public to promote the upcoming console, one of which was ClayFighter III.  As development of the M2 console progressed 3DO changed direction from their initial plan to license the console to multiple manufactured as they had done with the 3DO Interactive Multiplayer to selling the exclusive rights to the M2 to Panasonic. 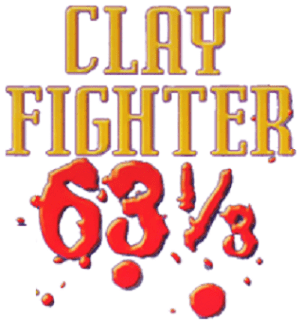 Now that the title eventually became an exclusive for the Nintendo 64, Interplay Productions decided to once again rename the game and chose to parody other games that were using 64 as part of their titles by renaming the game to ClayFighter 63 1/3.  The development team needed to scale back the game due to size limitations of the Nintendo 64’s cartridge format as the game was originally planned to release on the Panasonic M2 which was an optical disc-based system.  In order to save on space, the development team removed five characters from the roster to fit the game on the cartridge size that were available at the time for the Nintendo 64. 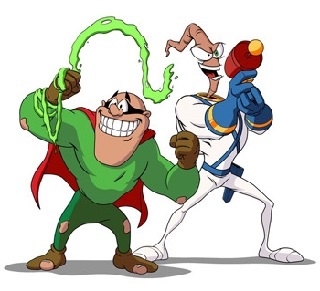 In an effort to attract consumer Interplay Productions incorporated Earthworm Jim into the game’s roster as a standard character and Boogerman as an unlockable character.  Adding the two well known characters to the roster made the game more appealing to fans of the other franchises, ultimately helping the game become more successful.  After a long and drawn out development cycle the game released for the Nintendo 64 on October 23, 1997 in North America and across Europe on November 19, 1997.  The game was met with mixed to negative reception from critics and media outlets upon release and did not perform as well as expected.

In order to achieve additional revenue and recoup the cost of a longer than expected development cycle, Interplay Productions partnered with Blockbuster to release an updated version of the game that would include additional characters and be a Blockbuster rental exclusive.  When the Nintendo 64 launched in September 1996 its cartridge ranged from 4MB to 12MB in size, but the media format continued to expand and evolve over the course of the system’s lifecycle up to 64MB in size.   As new cartridge sizes became available Interactive Productions were able to incorporate the characters, they cut from the game in the updated exclusive Blockbuster version of the game.  The studio added 4 of the 5 characters they originally cut from the game due to size limitations and branded the Blockbuster exclusive as “Clay Fighter Sculptor’s Cut”.

The rental exclusive title was released exclusively in North America on May 15, 1998 and is the rarest game in the Nintendo 64 library.  Although Sculptor’s Cut was a rental exclusive game, Blockbuster did hold contest where customers could win a copy of the game.  Along with the four additional characters the development studio also added new storylines, easier menu navigation and adjustments to the combat system.  The fifth character that was removed from the original games release was not added into Sculptor’s Cut due to Nintendo’s disapproval of the character.   The character known as Hobo Cop was a homeless vigilante that consumed alcohol and did not meet Nintendo’s approve thus was left out once again.

N64 Glenn Planet is a YouTube Channel which covers all thing Nintendo 64.  The channel features shows such as The N64 Beta Project, N64 Magazine Time Capsule and The N64 Japanese eye. 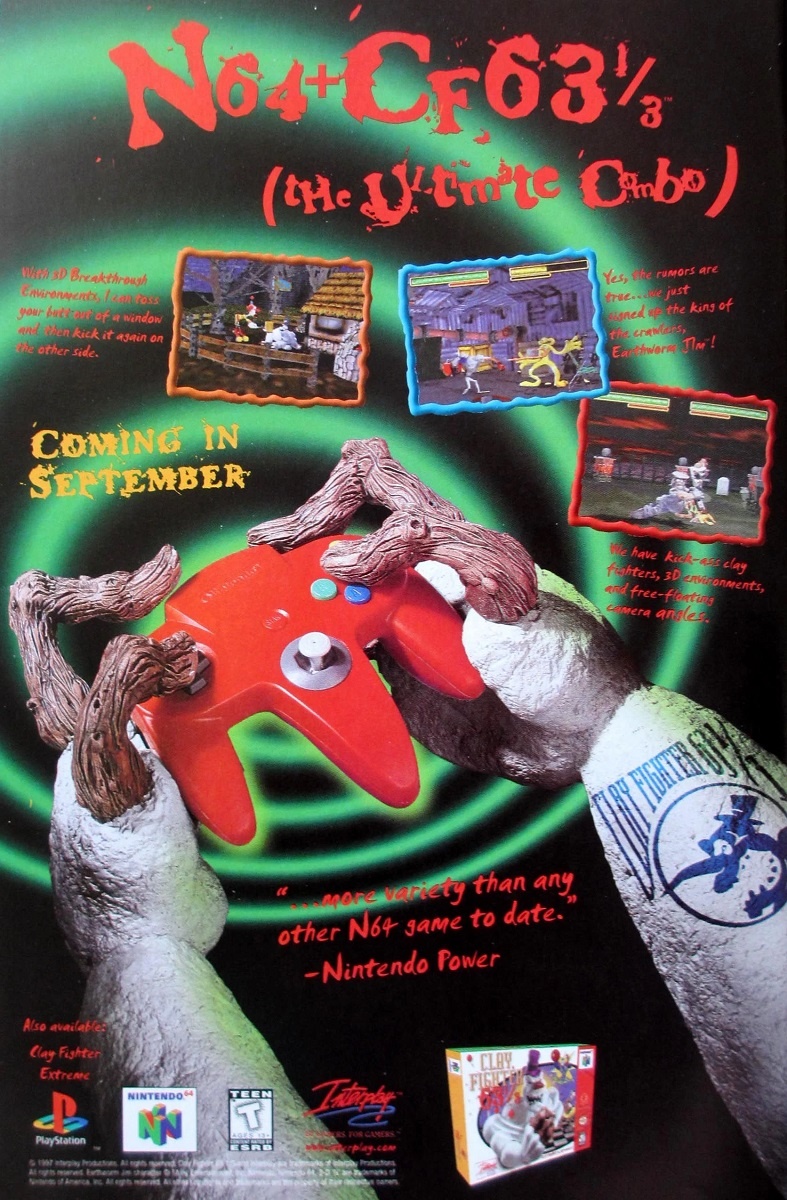 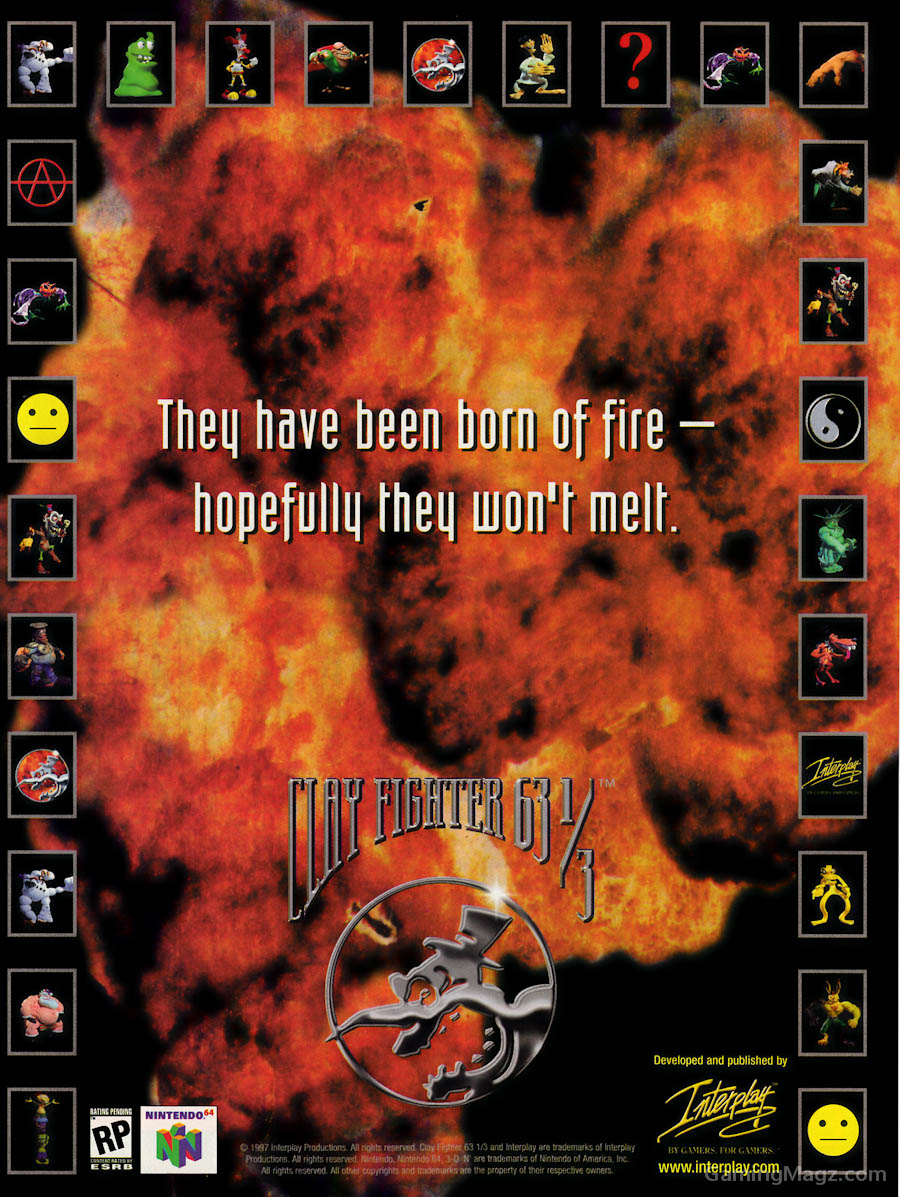