The game is extremely similar to its predecessor in look, feel and gameplay making it likely that Capcom developed the game while outsourcing the game’s music and sound effects to Make Software and making them responsible for the game’s sound engine.   Like its predecessor the sequel is a side-scrolling action game where players control either Chip or Dale in single player mode or both characters in multiplayer co-op.

The game begins as Fatcat’s henchmen break him out of prison and a television news station reports that there is a bomb threat at a local restaurant.   The Rescue Rangers take it upon themselves to assist in the matter as they set out to find and defuse the time bomb before it goes off.  While the time bomb was real it was planted as a diversion to allow Fatcat to steal an artifact known as the Urn of the Pharaoh.  After defusing the time bomb the Rescue Rangers learn that Fatcat has stolen the Urn of the Pharaoh and team up to go after him and retrieve the stolen artifact.

Chip ‘n Dale: Rescue Rangers 2 was generally well-received when it released for the Nintendo Entertainment System however had a limited production run due to its late release on the system.  Nintendo released the Super Nintendo in 1991 and by 1994 when the game released for the Nintendo Entertainment System many consumers already moved on to the newer home console.  This led to lower sales than the original game and has resulted in the game being quite rare.  The game has seen a recent release in the form of a compilation along with other Disney games in The Disney Afternoon Collection released in 2017. 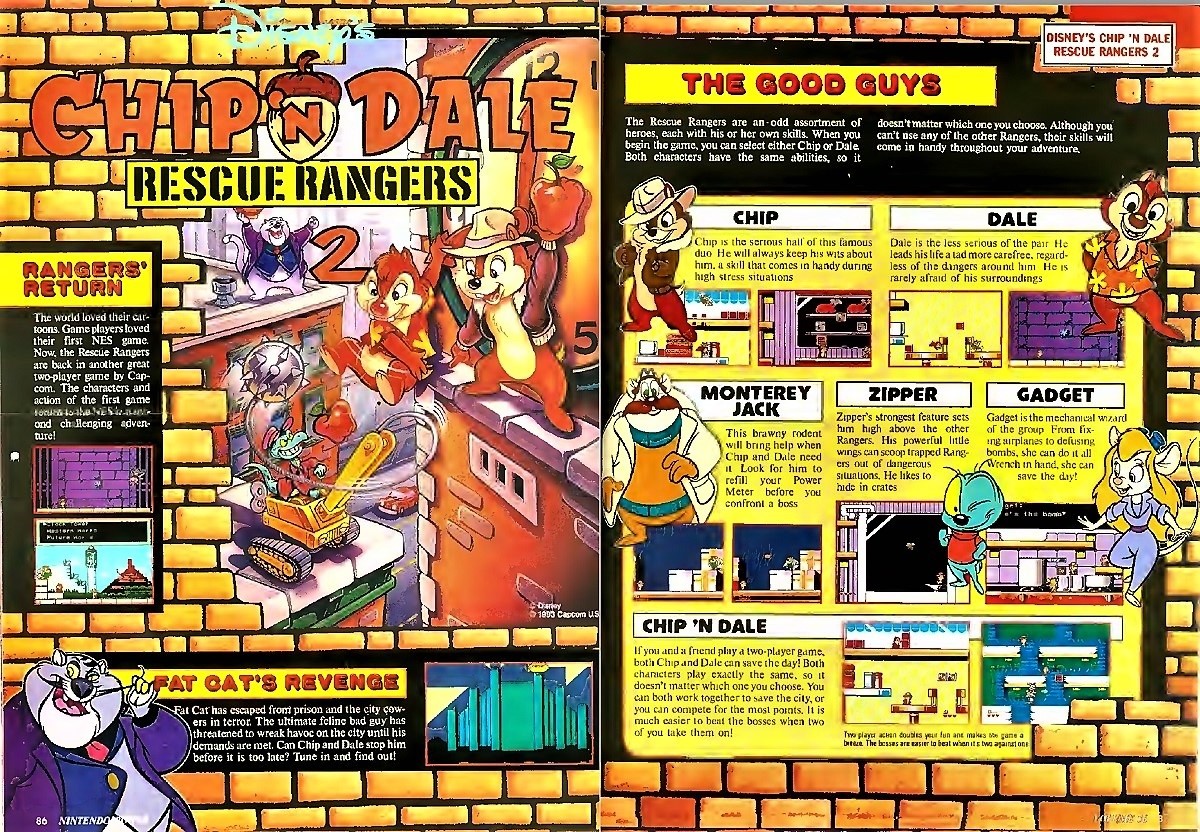