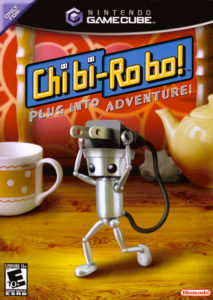 Chibi-Robo!: Plug into Adventure! is a platform adventure video game developed by Skip Ltd and Bandai for the GameCube.   The game was originally conceived as a point-and-click adventure but did not gain much attention and development was placed on hold.   The game remained on hold until elements of the game drew the attention of Nintendo producer Shigeru Miyamoto.

Chibi-Robo! was first announced in early 2003 as a point-and-click adventure with the publishing rights held by Bandai.  The game was initially targeted to release in Japan in June 2003 and in spring 2004 in North America but due to a lack of interest the title was shelved.  The original concept was for players to control a small robot who needed to defend the home of his inventor from a pair of burglars.  Players would guide the character by conveying commands to him by clicking a cursor on objects on the screen.

While development of the title was on indefinite hold the game was introduced to Shigeru Miyamoto by Nintendo producer Kensuke Tanabe.  Miyamoto liked the design of the robot character and became interested in the title.  Wanting to take on the project Nintendo secured the publishing rights for the game and Miyamoto was assigned as the game’s senior producer.  Development of the title started back up and the game was completely overhauled into a platform adventure game.

The game was revamped and in the final release players take the roll of a 10-centimeter-tall rechargeable robot named Chibi-Robo owned by the Sanderson family.  Players navigate the robot around a house to collect “Happy Points” by completing various tasks.   These tasks can consist of anything from common housework to helping solve dilemmas of the Sanderson family and the numerous living toys within the house.  Every action performed by the robot consumes energy and players must recharge Chibi-Robo by plugging him into electrical outlets found around the house. 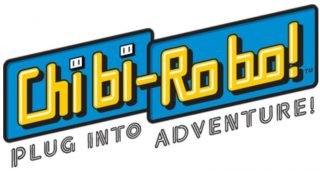 Between the development of the original concept and Nintendo working with Skip Ltd and Bandai to overhaul the title the game was in development for four years.   It first released in Japan in June 2005 and was localized for both North America and Europe in 2006.  The game was well received by critics and was praised for its premise, sound design and charming storyline however sales of the title were modest.  The game was released very late in the GameCube’s lifecycle and with the Wii launching later the same year drew attention away from the title.

Even with the modest sales of the title Nintendo chose to continue to expand upon the franchise by releasing several sequels for the DS and 3DS.  The game also had a re-release in Japan for the Wii as part of Nintendo’s New Play Control! series. 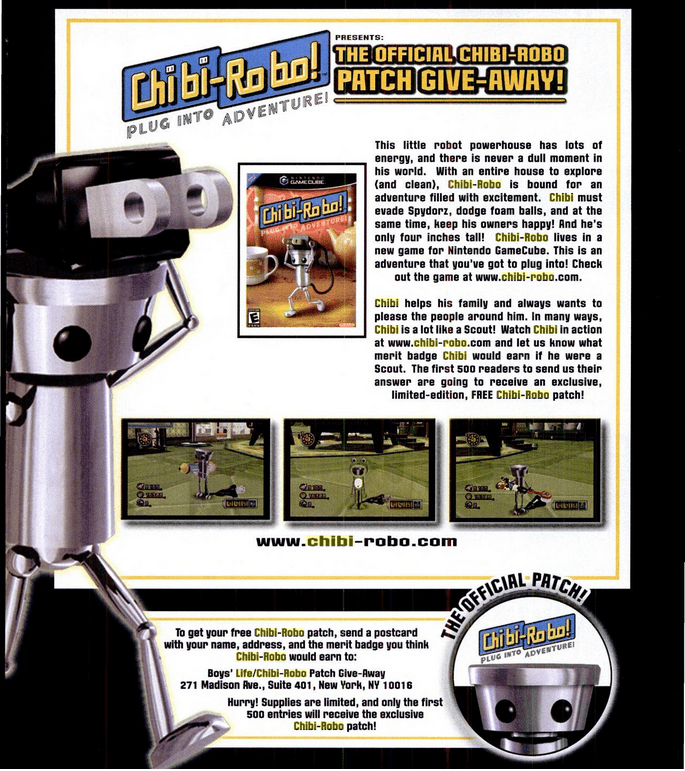 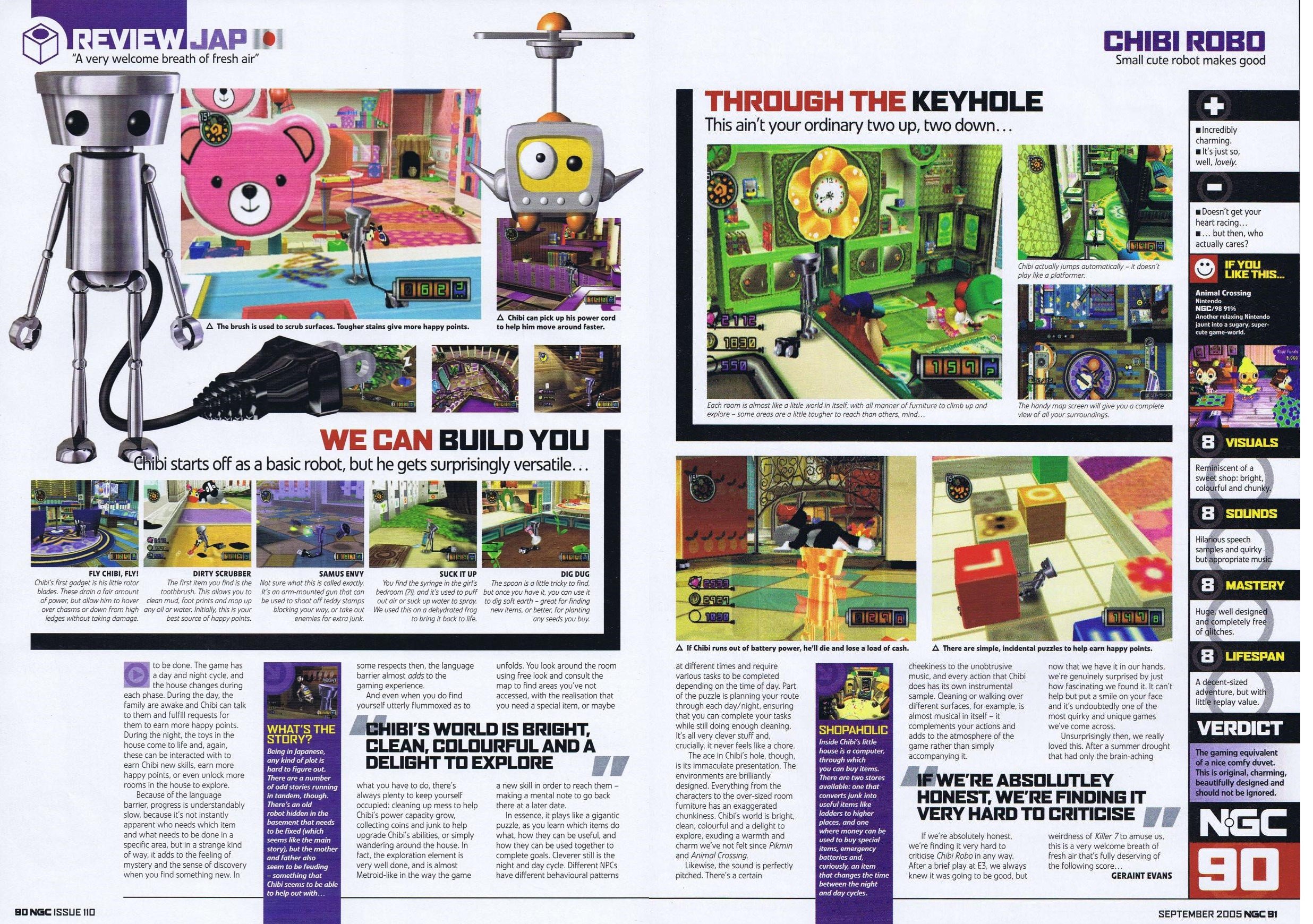